Azerbaijan is an abundance of ancient fortresses and palaces, high-quality and inexpensive rest on the Caspian Sea and oil treatment in Naftalan, hospitable Baku and the cities of the Great Silk Road.

Azerbaijan is a link between western and eastern civilizations. First of all, Azerbaijan is interesting as a unique collection of archaeological monuments, some of which are several thousand years old. There are over 130 museums, galleries and their branches, theaters, mausoleums, mosques, fortresses and other unique cultural objects in Azerbaijan.

Baku: the old part of the city is a historical and architectural reserve, often called the Baku Acropolis. 70 km south of the city, there is the largest in the CIS cluster of rock paintings Kobystan (Gobustan), which includes more than 4 thousand rocky areas, caves, fortresses and burial grounds. The village of Surakhani with the Ateshgah temple complex of fire worshipers lies 30 km from Baku. Also of interest is the Shikhovo balneological resort built on hydrogen sulfide springs. Quba is the capital of the ancient Cuban Khanate 165 km north of Baku. It is one of the most beautiful cities in the country with a 16th century fortress, various mosques and famous Cuban carpets.

Shamakhi is one of the oldest and most interesting cities in the country, located 130 km west of the capital. The main attraction is the Gyz-Galasy fortress (Gulistan, 12-12 centuries) – the last refuge of the Shirvanshahs. Today it is also a recognized center for winemaking and carpet weaving.

Sheki is located 380 km west of Baku, near the Georgian border. Many finds on its territory are more than 2500 years old. There is a huge number of historical sites, mosques, there is a Museum of History and Local Lore. The city is also known as a center of silk production and a climatic resort.

Lankaran is located in the very southeast of the country, on the border with Iran. This is one of the best balneoclimatic resorts in the country. The city itself is interesting for the Lenkoran fortress of the 18th century and the Kichik-Bazar mosque of the 19th century.

Talish is a region located in the south-east of Azerbaijan on the border with Iran. It pleases its guests with the most beautiful landscapes of green mountains, cut by gorges with seething rivers, numerous thermal and mineral springs. The famous Arkevan hot mineral springs are here near Jalilabad. There is a subtropical zone with mixed and deciduous forests in the Talysh mountains. Residents of Azerbaijan love to relax not only on the shores of the Caspian Sea, but also in Gabala, Guba, Shamakhi regions, where a good tourist infrastructure has been created. There are hotels, boarding houses, interesting tourist routes.

Nakhichevan is one of the oldest cities in Azerbaijan. Its main attraction is the mausoleums of Yusuf-ibn-Kuseyir (1161) and Momine-Khatun (1186). Also interesting are the Literary and Historical Museums, an art gallery, the Gyaur-Kala fortress and the famous Khudaferin bridges over the Araks (12-13 centuries).

In Ordubad, the Juma and Dilber mosques (17-18 centuries), madrasah, the khan’s palace (18-19 centuries) and many medieval buildings united in the state historical and architectural reserve are worth noticing. 60 km south of Ordubad on Mount Gemigaya (Kemchigaya), there is an area of ​​concentration of rock petroglyphs (3-2 millennia BC).

On the Absheron peninsula, you can find a network of abandoned fortresses, castle ruins, fortifications. There is also the Shikhovo balneological resort, built on hydrogen sulfide springs. The nature of Azerbaijan is unique in that 9 out of 11 climatic zones existing in the world are located in the country. It turns out a kind of journey around the globe through rivers, waterfalls, mineral springs, as well as through the deposits of medicinal oil.

The country’s territory is heterogeneous in terms of weather conditions due to the altitudinal zonation (there are 8 climatic zones out of 11 existing in the world). The average July temperature ranges from +5 ° C in the highlands to +27 ° C in the lowlands. January, respectively, from -10 ° C to +3 ° C. The maximum summer temperature can reach +45 ° C, while in winter the thermometer in mountainous regions often drops to -40 ° C at night. Strong northerly winds are characteristic, mainly in autumn. The best time to visit the country is between April and October. 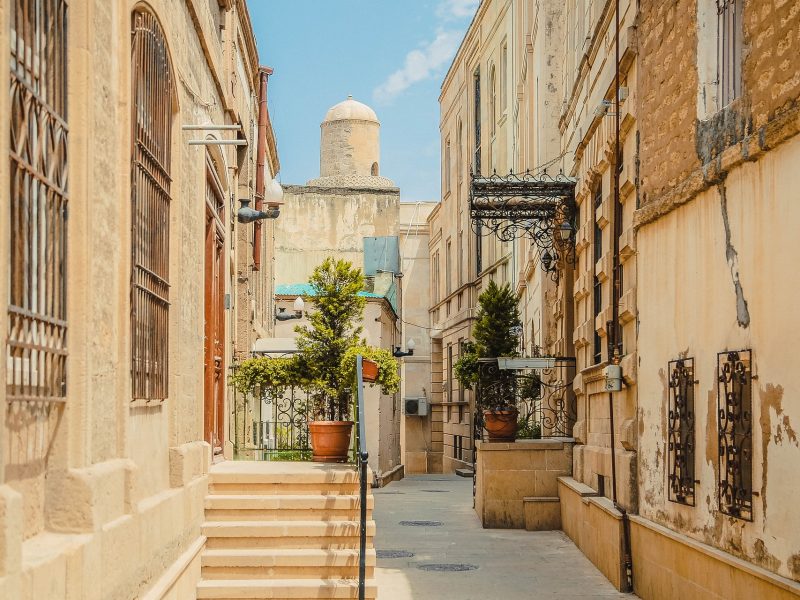 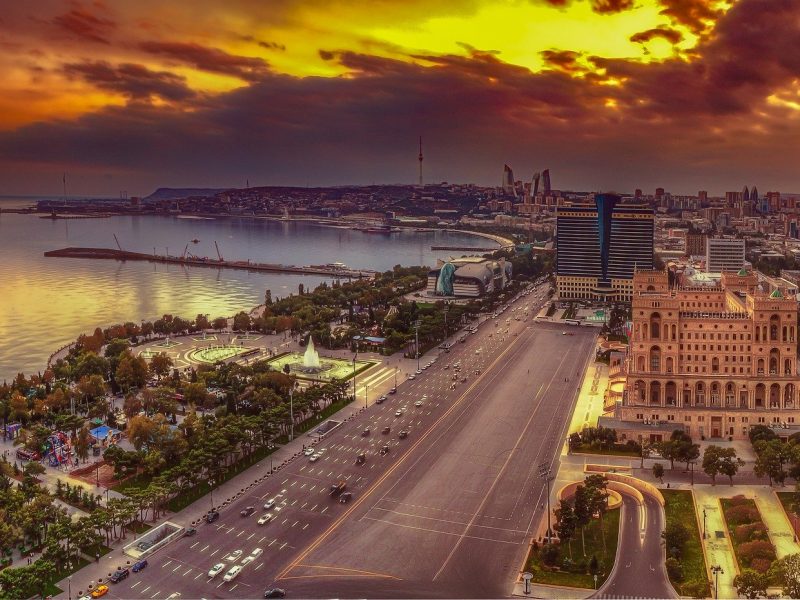 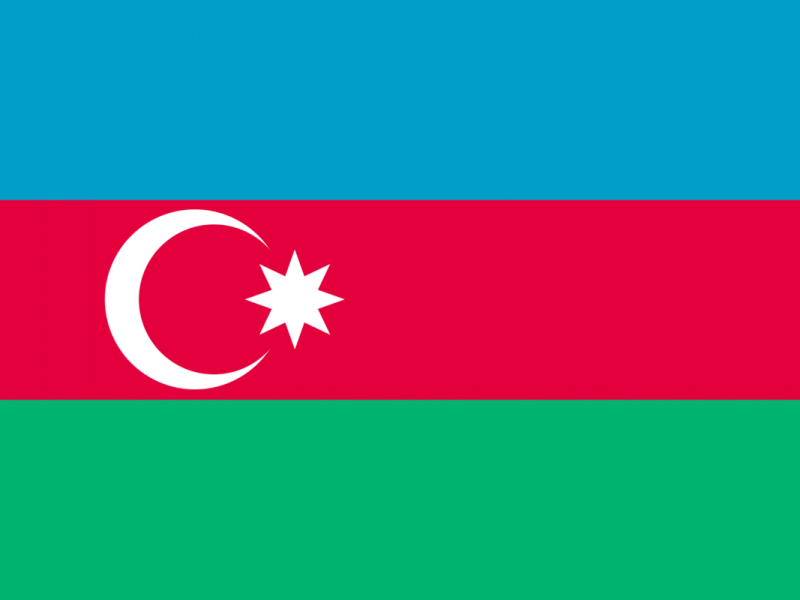 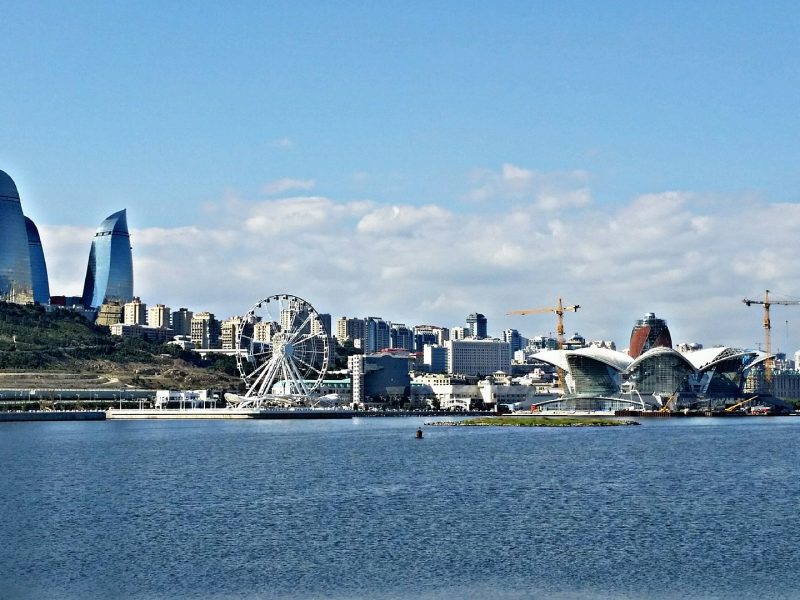 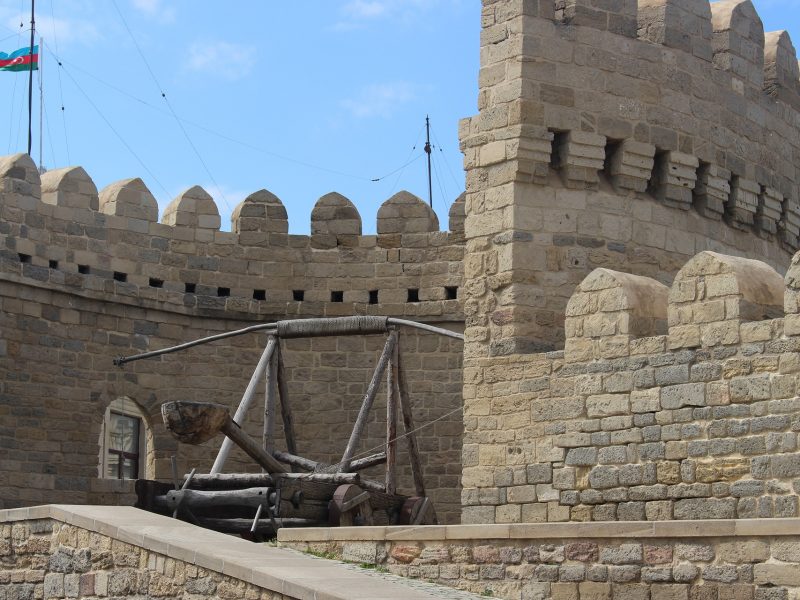 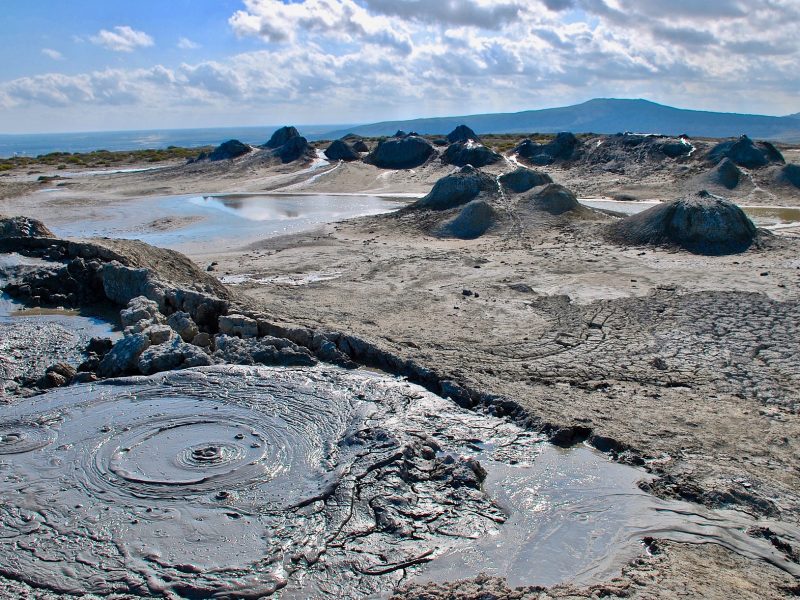 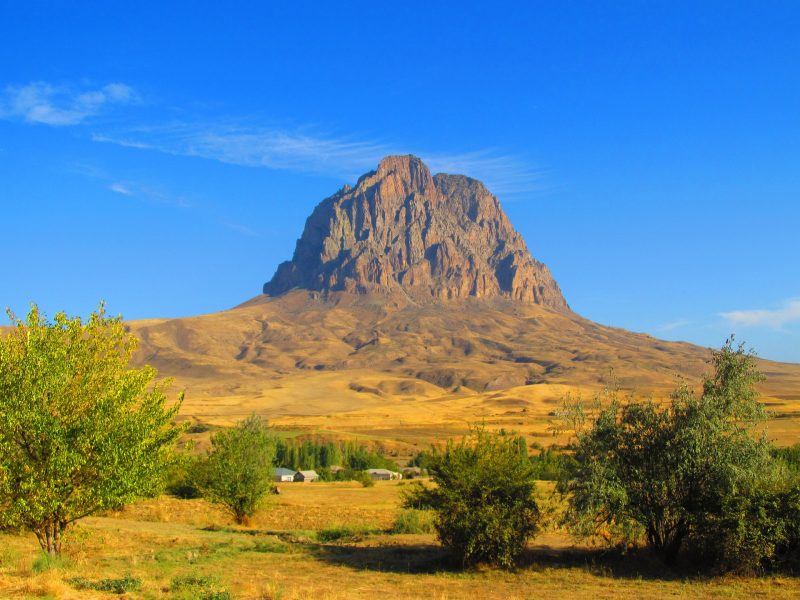 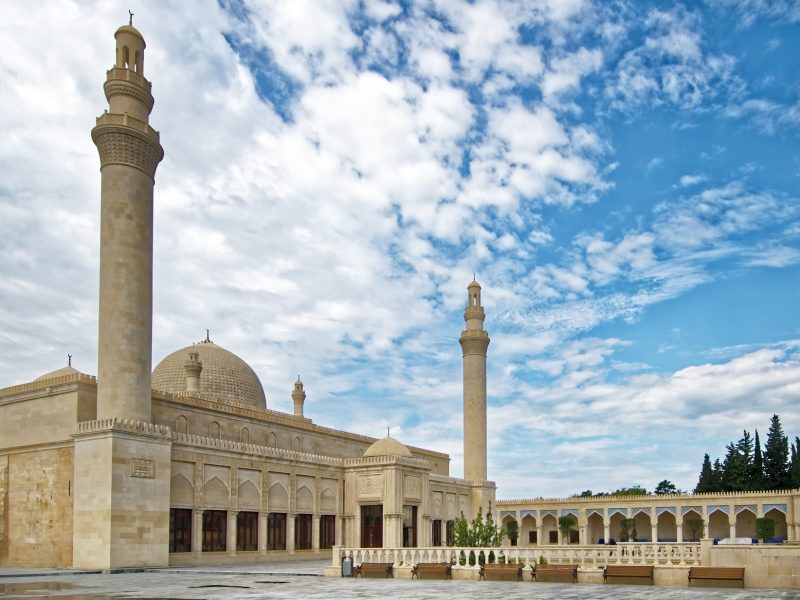 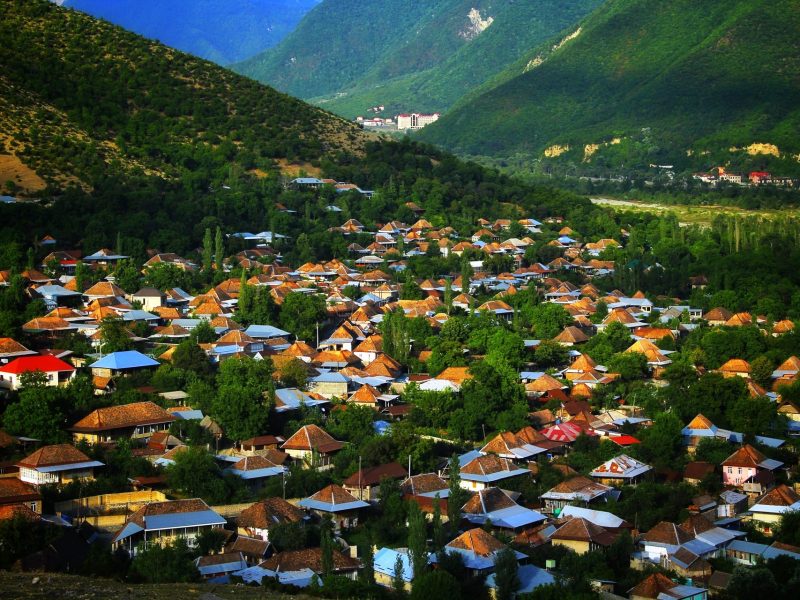 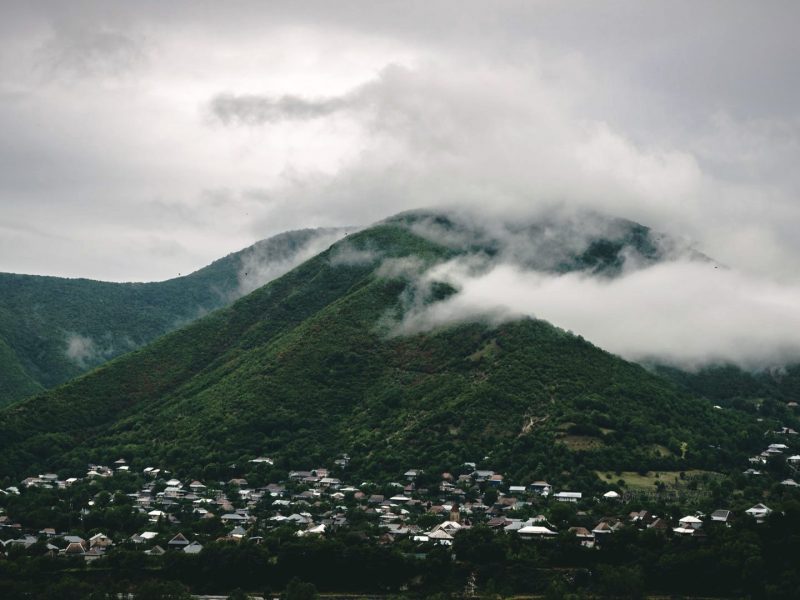 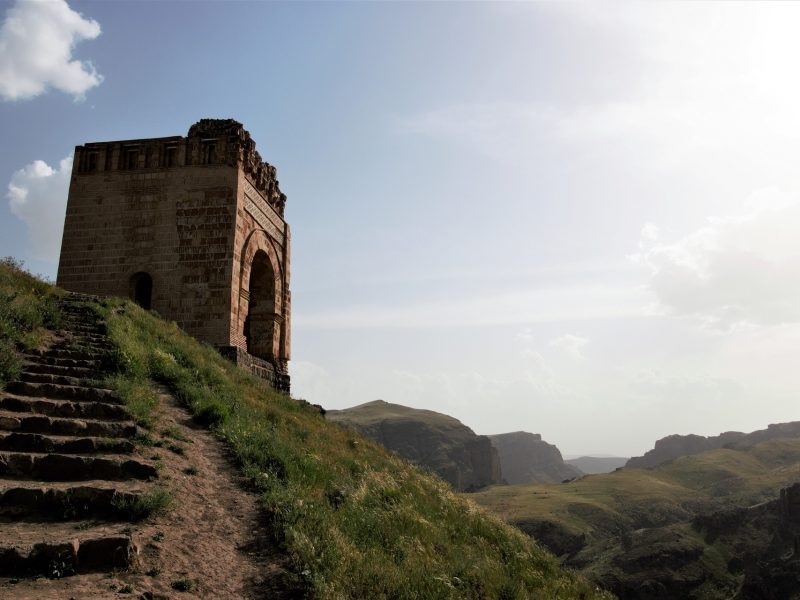