Incredibly original and fantastically picturesque Ethiopia is located in the east of Africa, in the very place where the Horn of Africa props up the “heel” of the Arabian Peninsula. After the separation of Eritrea, Ethiopia lost access to the sea, but this did not diminish its tourist attractiveness in the least. People come here to stand on the land of the legendary Queen of Sheba, admire the unearthly landscapes of the Great Rift Valley, as if they had just emerged from the furnace of the Creator, descend into the incredible churches-wells, completely carved in stone, right down to the frescoes, see many rare and endangered species in the vast national parks, relax on the picturesque Lake Tana and admire the Blue Nile waterfalls. Other unusual features of the country include Orthodox Christianity with millennial rituals, a calendar 8 years behind (in which there are 13 months), as well as midnight and noon at 18:00 and 6:00, respectively.

Acquaintance with the sights of Ethiopia usually start from Addis Ababa. Its main places of tourist interest are the house-museum of the father of modern Ethiopia, Emperor Menelik II on Mount Entoto, the colorful Shiro Meda market and the National Museum, where one of the most important testimonies of the long and tangled history of “homo sapiens” is exhibited – the remains of Australopithecus Lucy, whose age is over 3.2 million years. In the former palace of Emperor Haile Selassie, the Ethnographic Museum, which has been repeatedly recognized as the best in Africa, is located, the exhibits of which are exhibited in an unusual order, illustrating the cycle of human life: from children’s dolls and rituals of initiation into full members of society to pilgrimage, traditional medicine, military affairs and, finally, old age and death. In the capital, it is worth visiting the Cathedral and Museum of St. George, the Memorial Museum of the Victims of the Red Terror, the monument-icon of every self-respecting Rastaman – Leo Jude, as well as the Cathedral of the Holy Trinity and the Museum of Natural History with stuffed rare animals. We will not hesitate to mention Pushkin Square, on which stands a monument to the Sun of Ether, remarkable for its similarity to the original … that is, of Russian poetry.

Lake T’ana with the city of Bahir Dar delights with ancient monasteries on the islands, as well as a wonderful infrastructure for tourists – it is here that some of the best hotels in the country are located. The Blue Nile itself originates from the lake, the waterfalls of which can be seen downstream on an excursion, and the peasants living along its banks still sail on papyrus boats, built in the same way as in the days of the pharaohs.

Lalibela is the ancient capital of Ethiopia, remarkable first of all for the twelve churches of the 12th century carved into the rocks, which are still in operation. Crowds of tourists flock here for the colorful celebration of Orthodox Christmas. They also still live here in round stone huts with thatched roofs, which pretty much resemble the houses of the Moomins.

People come to Gondar to see the ruins of the royal palaces of the Solomon dynasty and at least some of more than 40 ancient churches, including the 17th century Debre Berhan church, whose vaults are painted with frescoes depicting the faces of angels.

Of the national parks of Ethiopia, Simien is the most famous: the highest peak of the country, Ras Dashen (4600 m), is located here, on the slopes covered with moist forest where rare animals live that are not found anywhere else on the planet: the Ethiopian wolf, the mountain goat Ualia and a special subspecies of baboons. Bird lovers will be impressed by the opportunity to observe over 50 species of birds.

The Omo Valley and the Great Rift Valley represent Ethiopia’s primeval. The landscapes are incredible in their beauty and spiritual strength; here live numerous tribes who have preserved the culture of the Stone Age to this day. Each tribe is unique: some paint their faces and bodies with white clay, others boast of intricate tattoos, others insert a wooden plate into the cut in the lower lip … Tourists can visit local ethnographic museums, share a meal with the natives and watch rituals, for example, the initiation rite, which consists of in jumping over the bull. Well, the guests of the Great Rift Valley will find stunning beauty of relict lakes and no less ancient canyons.

Erta Ale is one of the few permanent volcanoes on the planet with regular eruptions and two whole lakes of hot lava “included”. It is located in the north-east of Ethiopia in the remote Afar region of the Danakil Desert. A trip to Erta Ale is often combined with a visit to the Dallol Geyser Valley – a shallow depression covered with a layer of very salty water with salt crystals and geyser fountains towering above the surface.

Ethiopia has a tropical monsoon climate, highly influenced by the country’s highland landscape, which makes it always cooler and more humid than neighboring countries. Most of Ethiopia’s major cities are located at an altitude of 2000-2500 m above sea level. In Addis Ababa it is comfortable throughout the year: +25 … + 30 ° C and moderate rainfall. The eastern regions of the country have a hot and dry desert climate with large daily temperature fluctuations – up to 15 ° C. 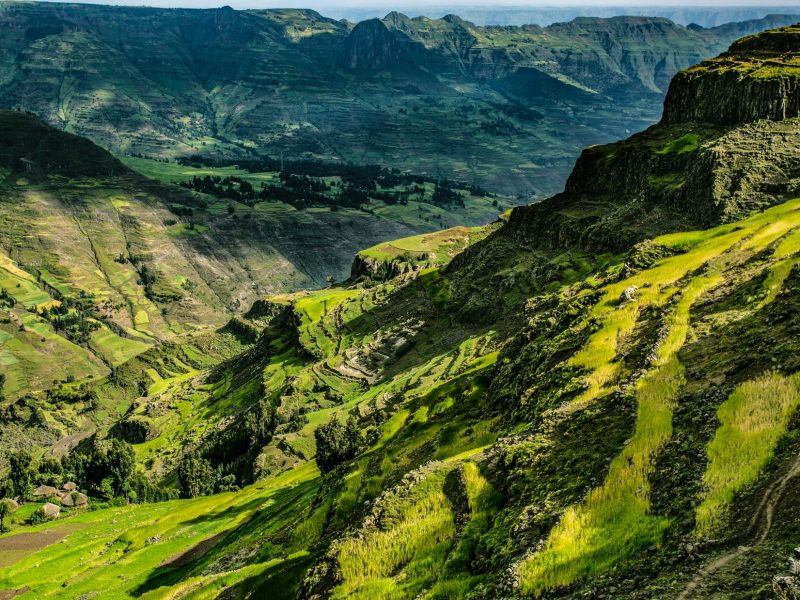 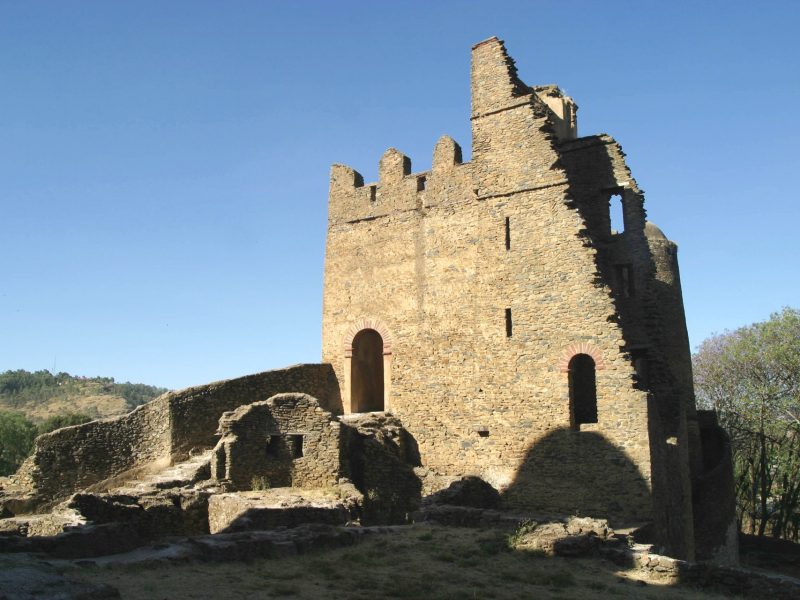 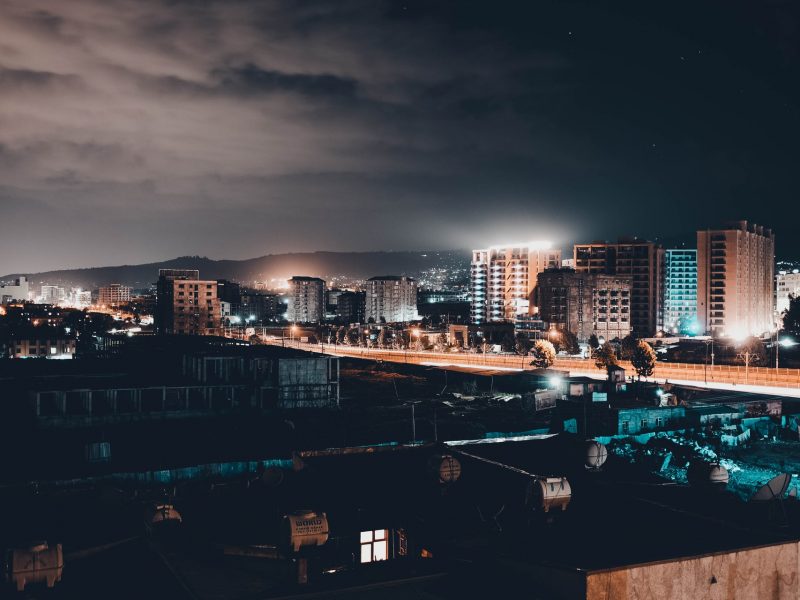 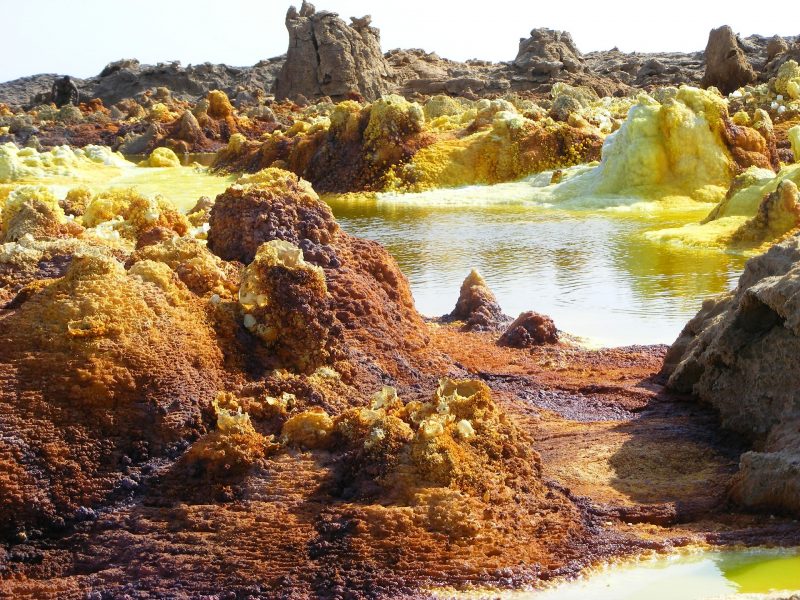 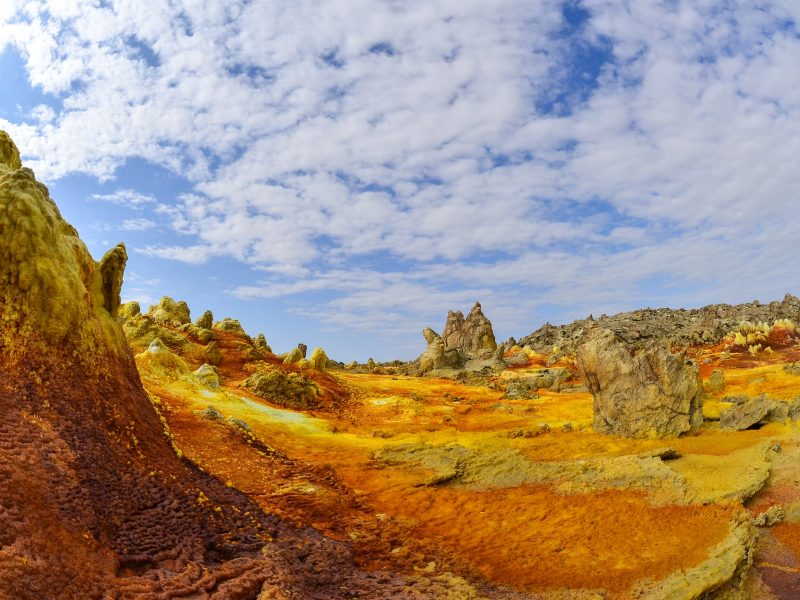 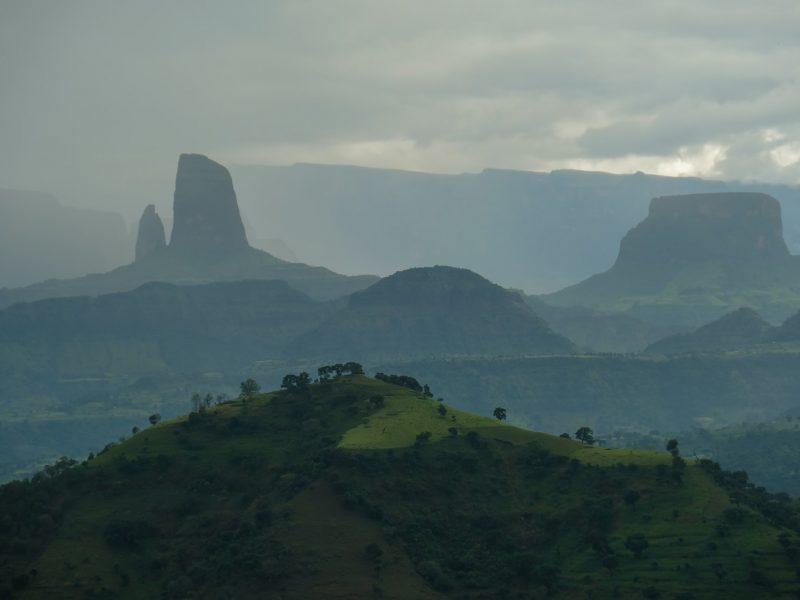 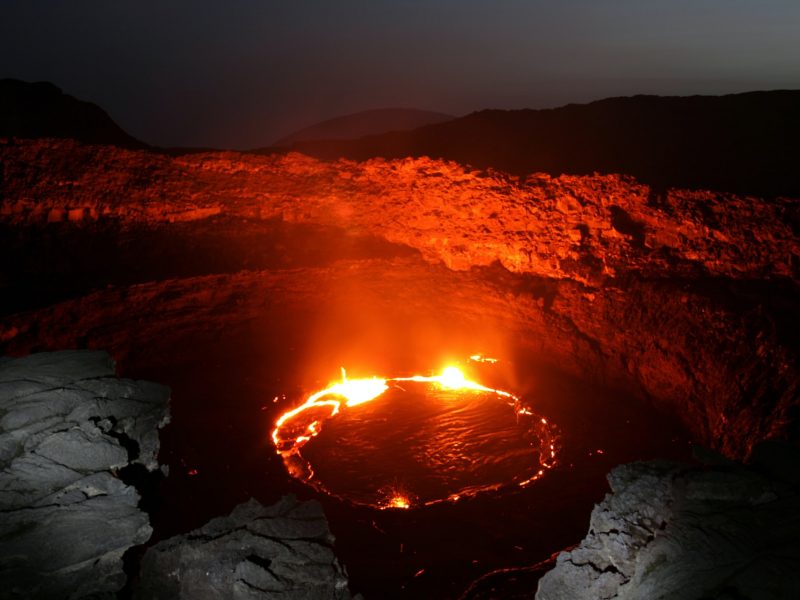 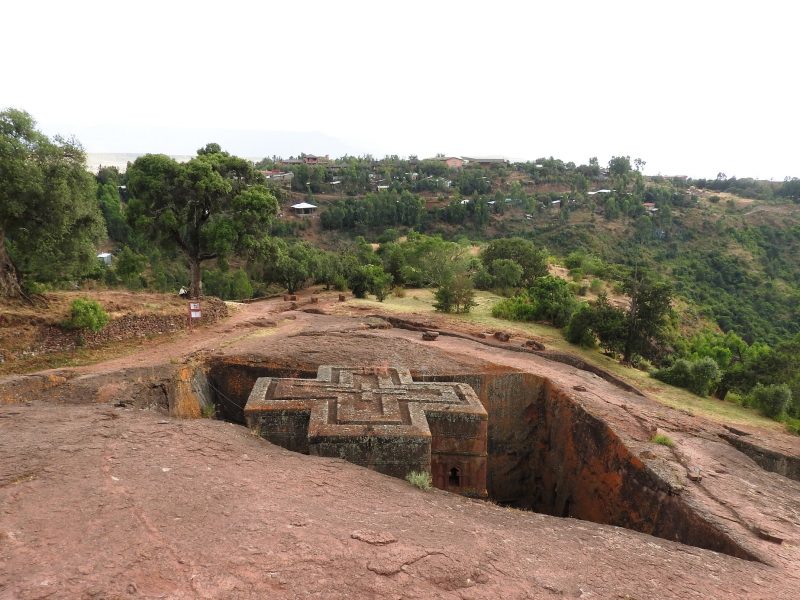