Most of Guyana is covered with forests. There are many waterfalls, savannas, rivers in the country. Kaieteur Falls is 5 times higher than Niagara Falls, and the wide and picturesque Orinduic Falls is suitable for swimming. Although Georgetown is notorious, amazing buildings can be seen in this city. The lighthouse, university, cathedrals and temples are very colorful and pretty, the city has a lot to see. Decent housing in the city can be found for little money. The climate in Guyana is very humid, it is warm here all year round. Therefore, there are incredible forests and a fairly rich natural world. You can get acquainted with him at the Georgetown Zoo or on Shell Beach, where sea turtles lay their eggs. One of the most recognizable places in Guyana is Mount Roraima. Just to climb to its top is to fly to this country. A huge plateau at an altitude of 2810 meters, shrouded in clouds, has an indelible effect on tourists. Even at the foot of the mountain, it looks interesting and colorful. Guyana has a huge number of natural attractions that are worth seeing. And if you drop stereotypes and be careful, you can get a lot of pleasure walking around the capital and exploring its streets.

Georgetown is the capital of Guyana, its commercial and political center. The city is located on the shores of the Atlantic Ocean. It has warm and humid air all year round. Georgetown was founded in 1781 by Dutch colonists and then captured by the British. The city has many Hindu temples, wooden buildings, a cathedral, a lighthouse and museums.

Kaieteur Falls is located in the west of Guyana on the Potaro River. It is one of the largest waterfalls in the world. Its height is 226 meters. Niagara Falls is almost 5 times lower, and Victoria Falls is 2 times lower. Kaieteur is not very popular due to its inaccessible location. It is surrounded by a tropical forest, with pristine nature preserved around it.

Mount Roraima is Guyana’s highest point. It is often called the fantasy world. It reaches a height of 2810 meters. At the highest point there is a 30 km² plateau. It is constantly shrouded in snow-white clouds, and climbing it is not so easy. As a reward, each visitor will have the opportunity to observe incredible landscapes.

Seawall Dam, This dam stretches along the entire coastline of Georgetown, extending far beyond its limits. Construction began in 1855 after Camp House was washed away. Due to the erosion of the land by the sea, the dam was destroyed more than once. Several houses were flooded, the dam was expanded and rebuilt. In 1903, part of the dam was named the Queen Victoria Memorial.

Savannah Rupununi is located in the region of tropical and subtropical meadows. Its area exceeds 8 thousand km². On the territory of the savanna there are swamps, meadows and forests almost untouched by man. It also boasts a great variety of the natural world. The savannah is home to about 250 species of birds, of which 18 are endemic, as well as jaguars and harpies.

Orinduik Falls is located on the Ireng River. It is one of the largest in the country. The waterfall flows down numerous terraces and cascades. Their total height is 25 meters, and the width is 150. The banks of the waterfall are covered with lush and wild greenery. Swimming in the water of Orinduica is very pleasant and comfortable. The flow has a massage effect, and the water containing tannin makes the hair soft and silky.

Shell Beach, seashells and waves, you can see amazing animals on this beach. Four of the eight known species of sea turtles come to the 140 km long beach to lay their eggs. It’s best to watch it at night. In the natural environment for animals, you can even take multiple pictures. Shell Beach is a UNESCO World Heritage Site.

Georgetown Lighthouse the only lighthouse in the country at the mouth of the Demerara River at the entrance to the port of Georgetown. In 1817, the Dutch built a wooden lighthouse. And in 1830 the first stone of the new tower-type lighthouse was laid. It reaches 21 meters in height. The lighthouse serves the ships that enter the capital’s port and is one of Georgetown’s top attractions.

The largest river in Guyana is called Essequibo. Its length is 1000 km. On its way, it flows through forests, savannas, forms numerous rapids and waterfalls. Among them are the waterfalls Pot and Murrays. Also, some of its parts are dotted with small islands. According to existing estimates, their number reaches 360 pieces.

The average monthly temperature on the coast of the Atlantic Ocean ranges from +27 C to +32 C all year round. The daily temperature here rarely goes beyond + 22-31 C due to the influence of the ocean and the northeastern trade winds. As you move south, into mountainous areas, the temperature gradient becomes more volatile – on the mountain slopes everything depends on the altitude of the place above sea level and solar exposure. Therefore, in some areas of the Guiana Highlands, the night temperature can drop to +6 C, and during the day the air warms up to + 38-40 C. 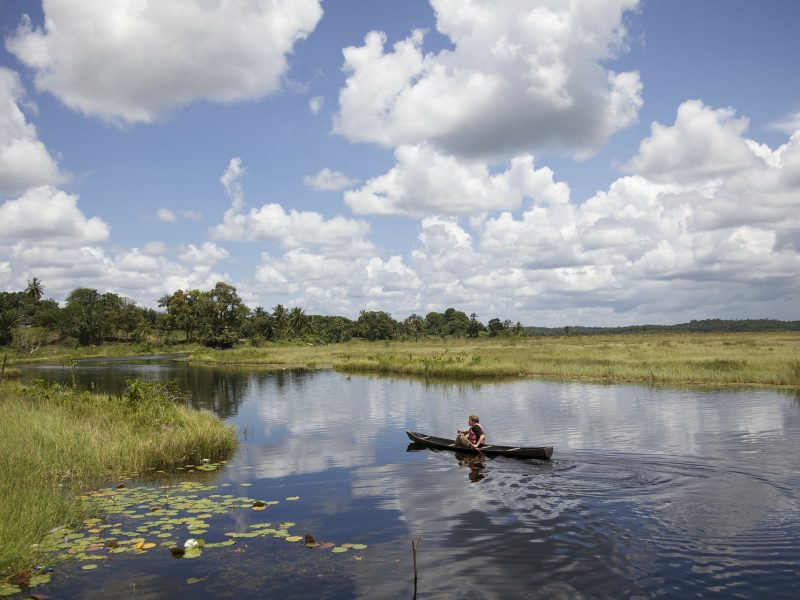 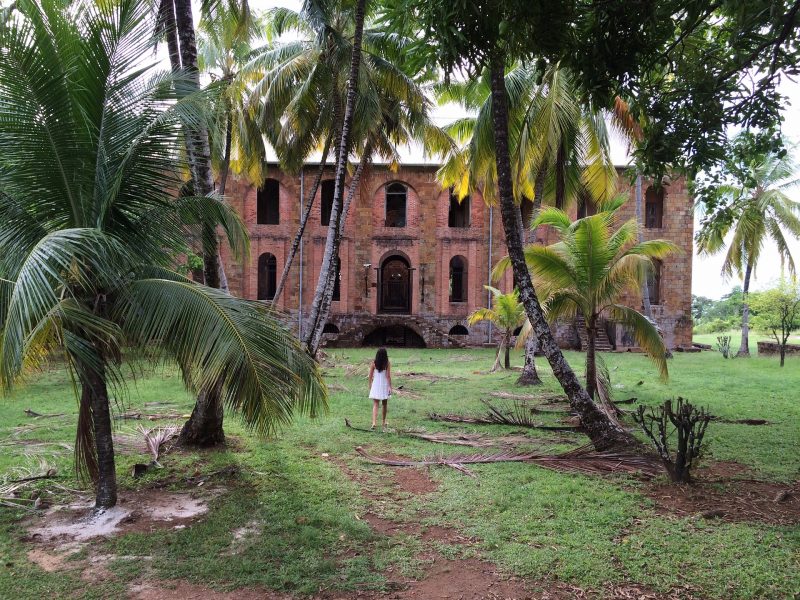 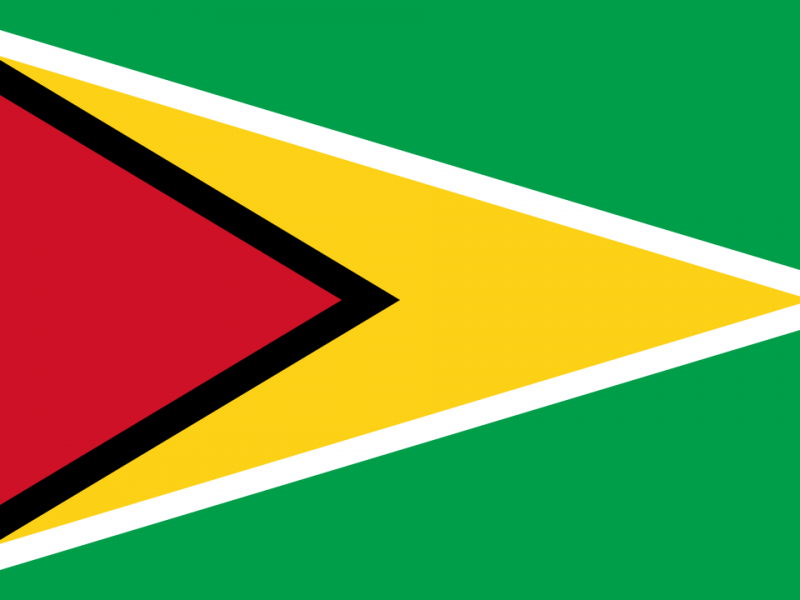 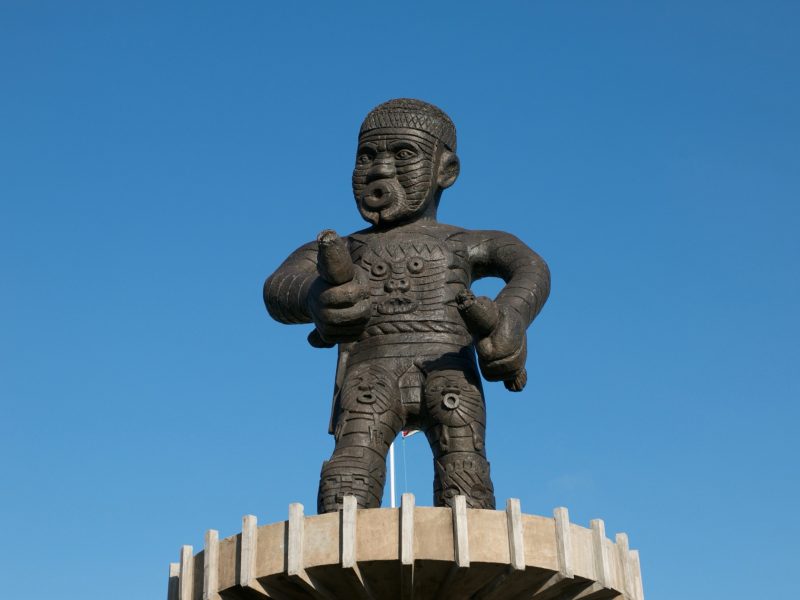 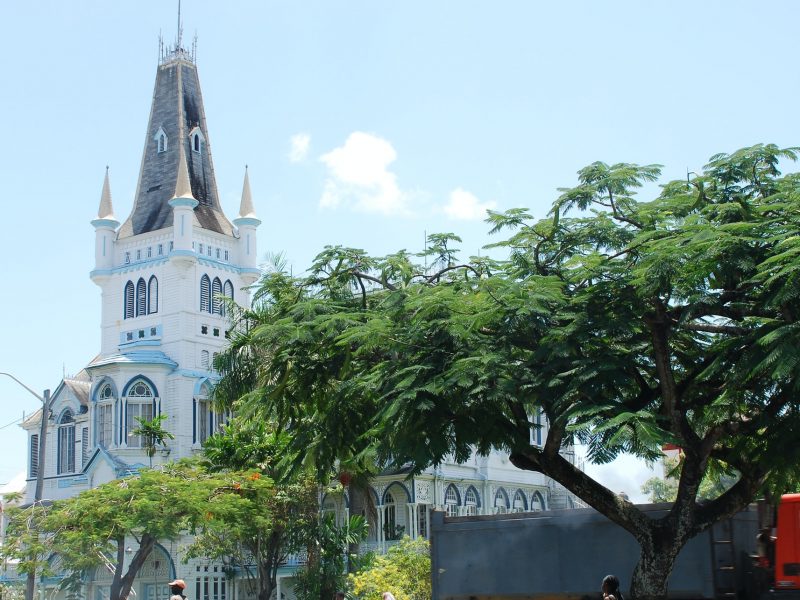 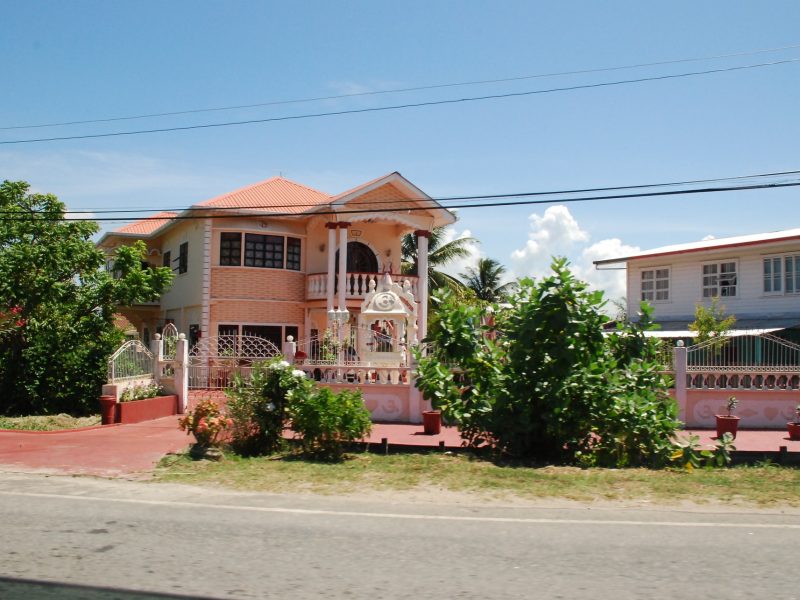 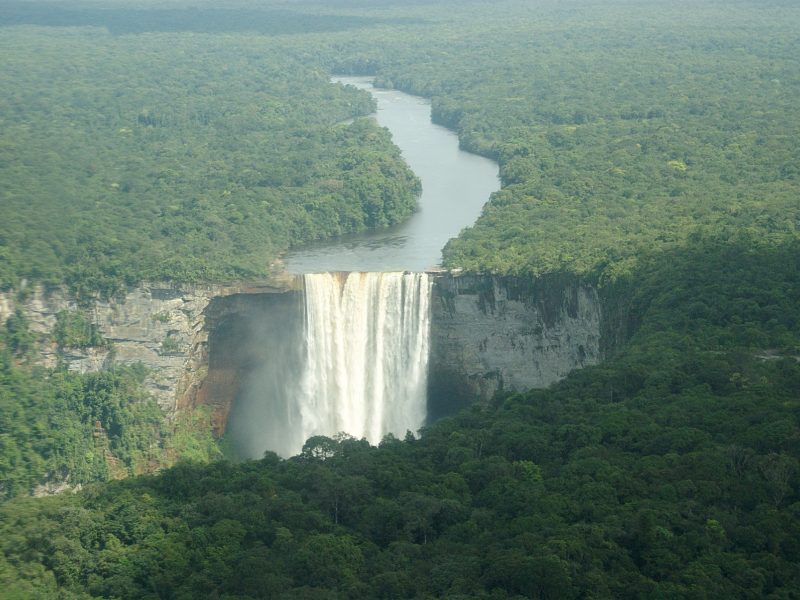 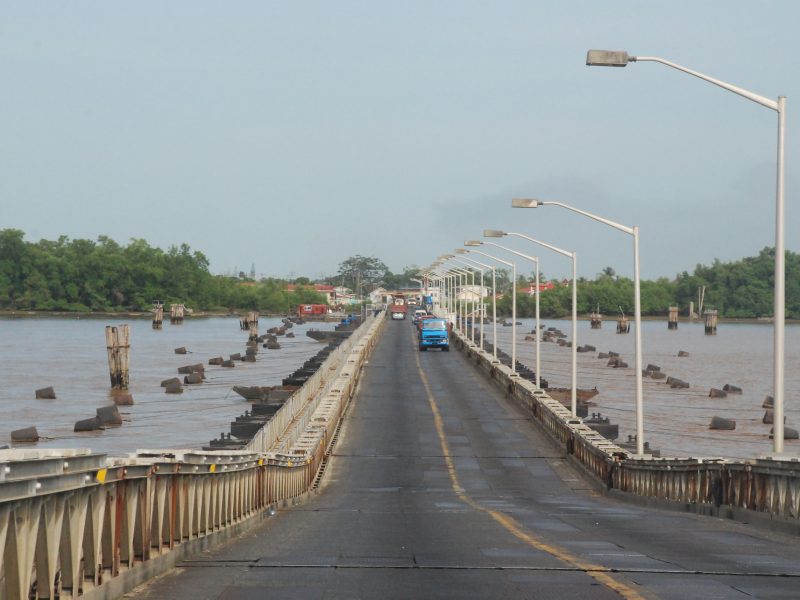