The diamond in the Asian crown of ancient empires, Kyrgyzstan, is still little studied by domestic tourists. And it is completely in vain – for the abundance of natural and historical sights, opportunities for beach holidays, medical treatment and skiing, this country truly has no equal. On the territory of Kyrgyzstan there are Tien Shan “heavenly mountains” and the Pamir ridges stretch, here the purest alpine lake Issyk-Kul conceals the wealth of Genghis Khan, relict walnut forests grow and hot sulfur springs. However, Kyrgyzstan has prepared a lot of surprises for the idle “caretaker” too: colorful yurts and felt carpets (and quite good hotels), kumis and Osh pilaf, traditional equestrian competitions, chants, fairy tales and legends.

Unique natural attractions and ancient cities of the Great Silk Road – these are two trump cards of Kyrgyzstan in attracting tourists. The ridges of the Tien Shan and Pamirs lie on the territory of the state, there is one of the largest and deepest lakes of the planet – Issyk-Kul, praised by the poets of the East, relict walnut forests of the high-mountain oasis Arslanbob, the Jety Oguz gorge and Rodon-hydrogen sulfide thermal springs, the legendary Lake Son- Kul and Sary-Chelek, the giant Inylchek glacier and many other wonders of nature. Mountain lovers climb the peaks of Lenin, Pobeda and Khan Tengri, trekking fans explore the Turkestan ridge and lakes of the Western Tien Shan, and skiers are waiting – they will not wait for the opening of the season to be the first to cut the snow on the slopes of Kashka-Suu, Norus and Too Ashuu … By the way, skiing Kyrgyzstan offers rich opportunities for heliskiing and paragliding.

Sights of Bishkek: ancient and picturesque bazaar Osh, Ala-Too square, Independence monument and Parliament building, Museum of National History and Art Museum, historical oak grove and Erkindik gallery. In the vicinity of the city, it is worth visiting the natural park “Baytyk Valley” and climbing the Boz-Peldek mountain, which offers a beautiful view of Bishkek. At the southern slope of the mountain there is a cemetery “Khan’s graves”, where the legendary ruler of the valley is buried. Note the forged tower with a magnificent dome. You can see rare plants in the Chon-Aryk botanical reserve, and improve your health at the peat mud deposit in the village of Kamyshanovka.

In Osh, there are wonderful monuments of Islamic architecture of the Fergana style: the madrasah of Alymbek Paravanchi and Muhamedboy Türk khal Muratbaev, the mosques of Sadykbai and Shahid-Tepa. The Russian Orthodox Church of St. Michael the Archangel (early 20th century) is worth visiting. Among the historical sights there is an old cemetery, a complex of medieval baths, ancient petroglyphs. In addition, Osh is a “gateway to the mountains”: from here you can climb the Pamir and Tien Shan, see the Chil-Ustun and Chil-Mairam caves, as well as the unique karst source, the Abshir-sai waterfall.

Lake Issyk-Kul is the second largest in the world and, perhaps, the first in its amazing color of water – deep blue, almost ultramarine. The water of Issyk-Kul is exceptionally clear and slightly salty in taste, since about 80 rivers flow into it, and none of them flow out. In the vicinity of the lake there are hot springs and there are deposits of medicinal mud.

Kyrgyzstan has a sharply continental climate with a transition to a continental one. The amount of precipitation is relatively small; there are about 250 sunny days a year. On the plains and lowlands, the average January temperature is -4 …- 6 ° C, in July – +18 … + 24 ° C. In the highlands, both in winter and in summer it is cooler due to the constantly blowing winds from Siberia: -14 …- 20 ° C in January and +8 … + 12 ° C in July. In the Fergana Valley, in summer, the thermometer usually rises above +35 ° C. The most favorable time to visit Kyrgyzstan is September, when pleasant autumn warmth reigns throughout the country. You can go to the high-mountain pastures “jailoo” from mid-May to early October, hiking and horseback tours are comfortable to carry out from March to November in the south and from April to October in the north. Trekking and ascents are available throughout the year, while high altitude ascents are best done from late June to October. 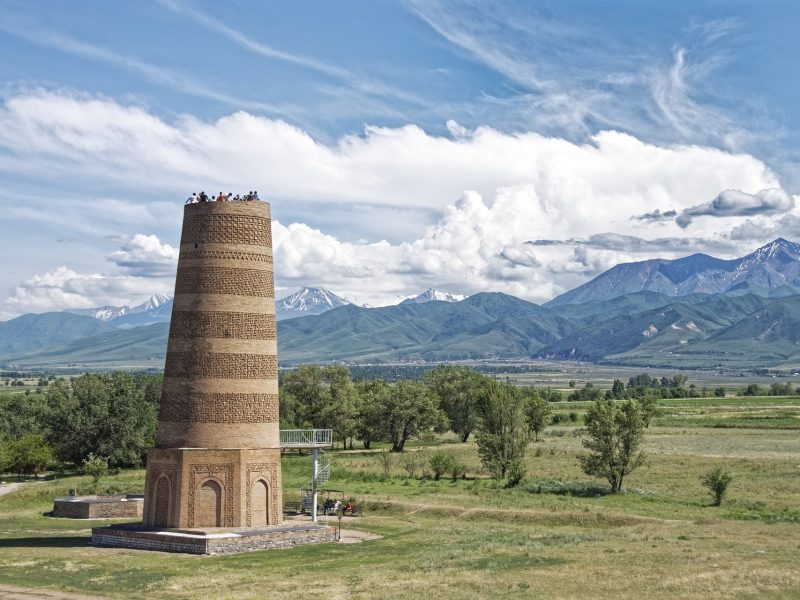 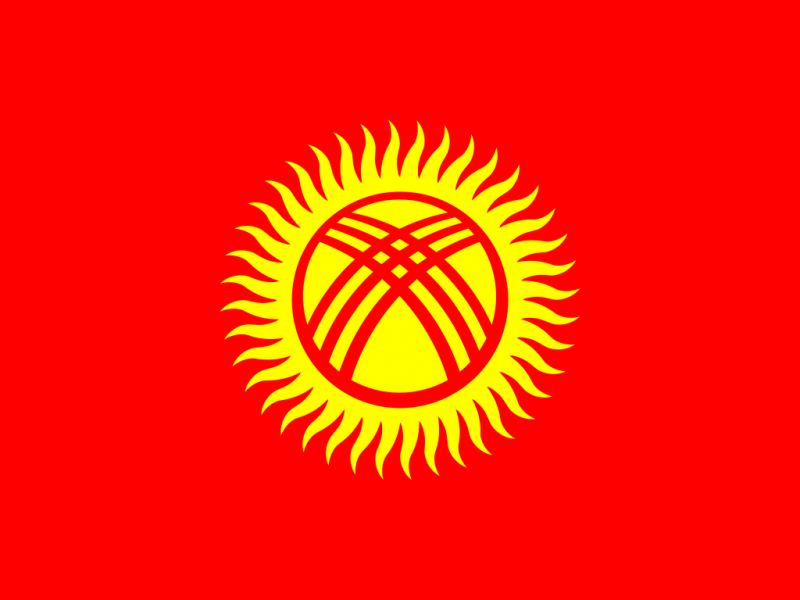 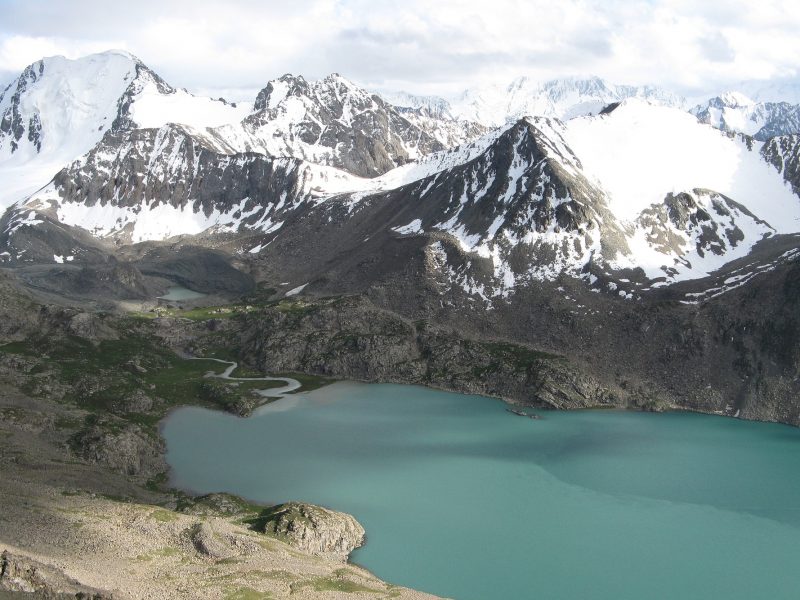 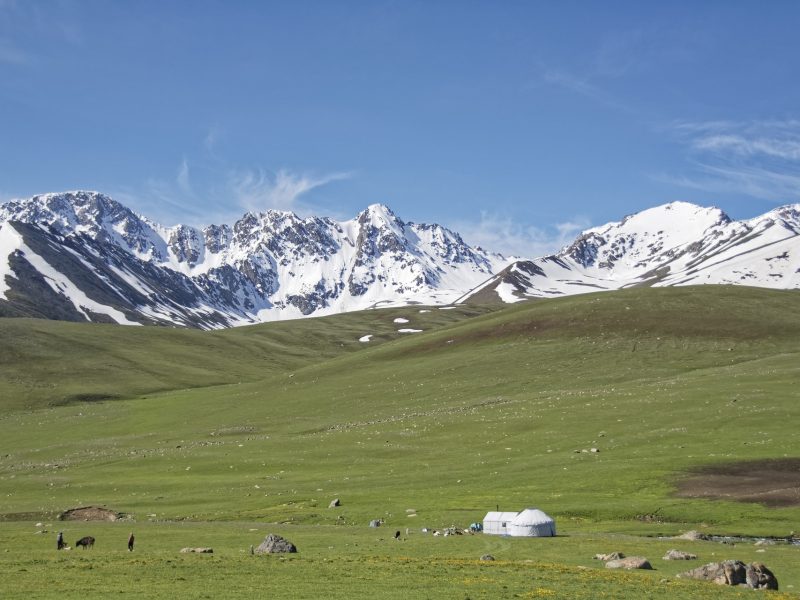 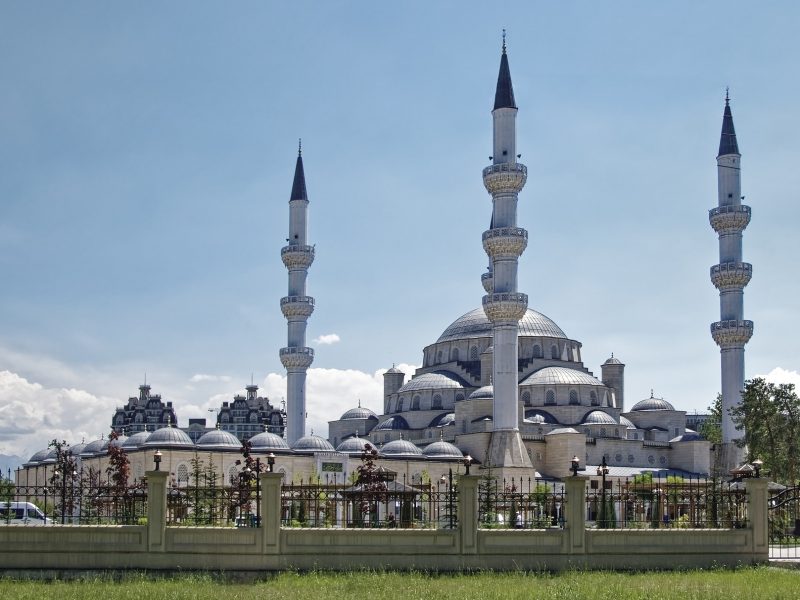 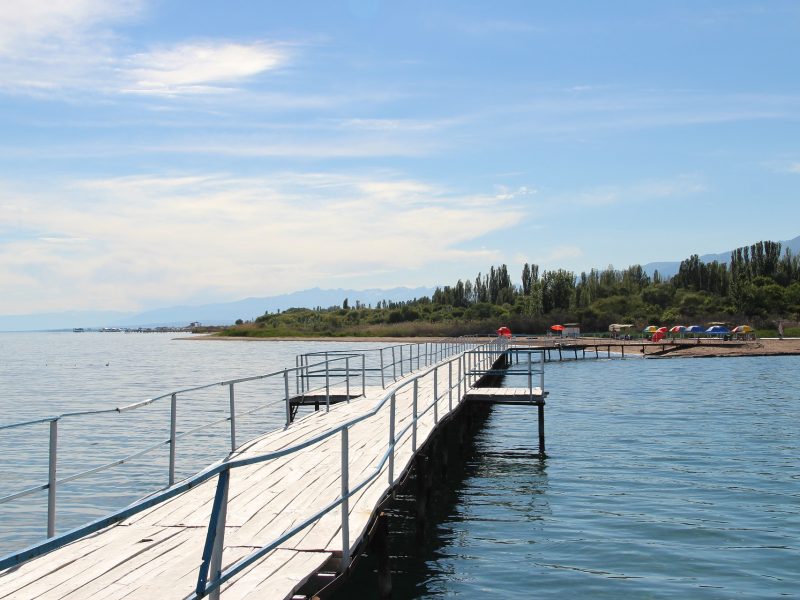 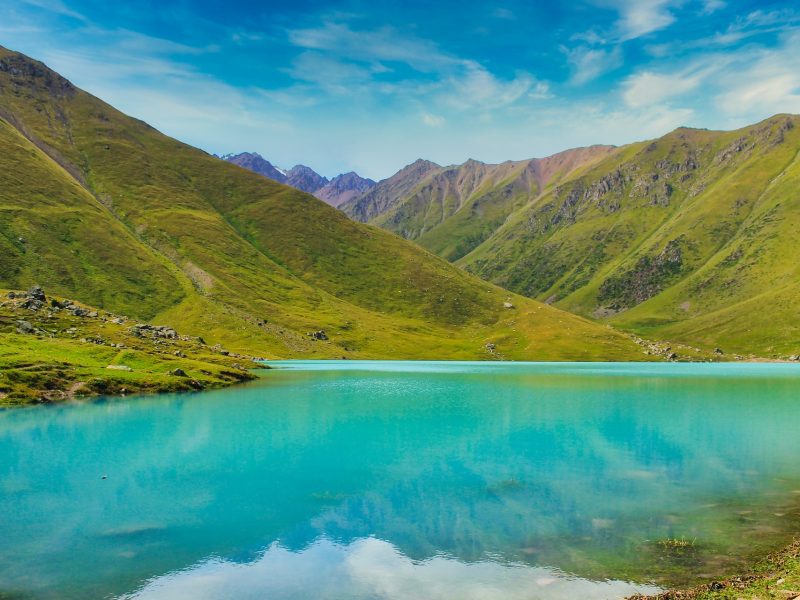 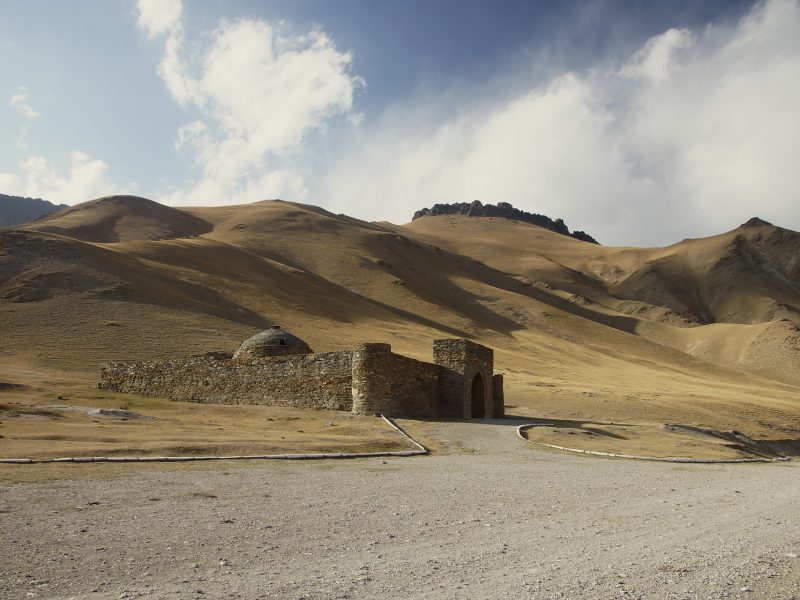 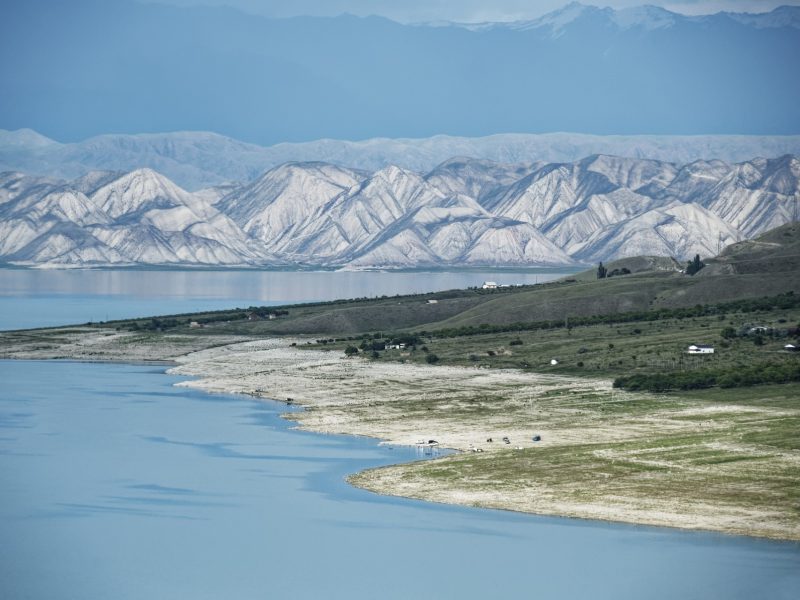 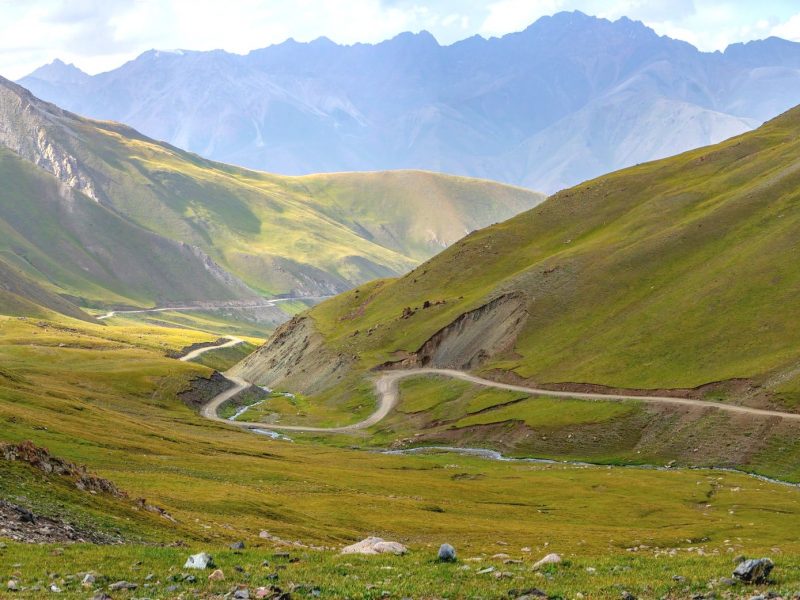 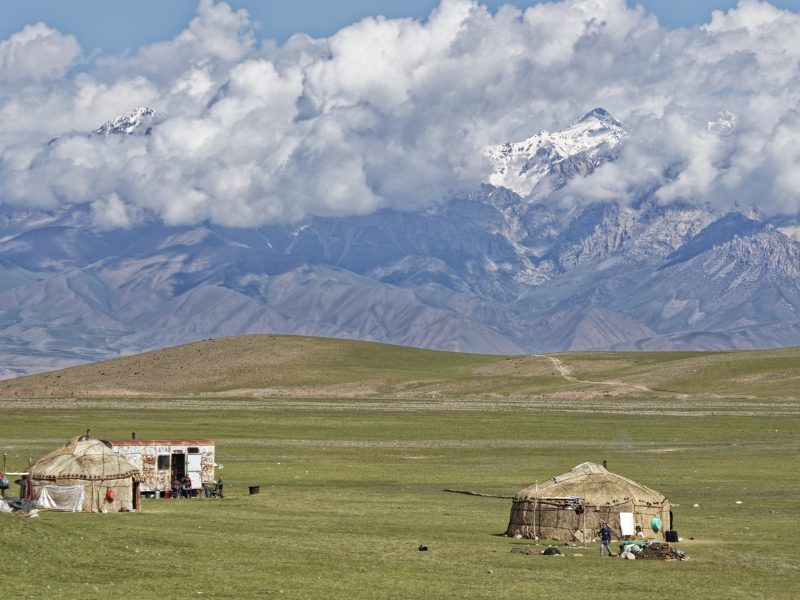 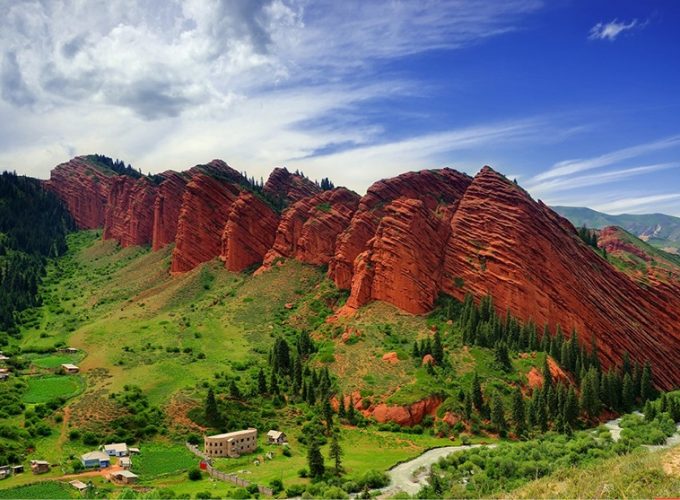