The popularity of Peru as a tourist destination is primarily due to miracles and mysteries – the mysterious heritage of ancient civilizations that once chose the lands of prehistoric Peru as their fiefdom. Even the most sophisticated travelers freeze in amazement in front of perfectly fitted multi-ton monoliths in the temples of Machu Picchu, reverently inspect the perfect astronomical “instruments” of prehistoric observatories in Peru and are lost in conjecture about the origin of geometrically correct multi-kilometer drawings of the Nazca plateau. Among other things, Peru can also boast of the richest ecosystem: a third of all animal species known to science live in the Amazon delta alone.

And also Peru is the ancient cities of the Indians with mysterious structures, the “green hell” of the virgin jungle, the deepest canyon in the world, the alpine lake Titicaca.

The “Lost City” of Machu Picchu is the most famous and most mysterious monument of the Inca culture in the world, included, of course, on the UNESCO List. It was discovered only 100 years ago by pure chance: one of the local peasants told archaeologists about the ancient high-mountain ruins.

Pisac is a city and ancient fortress of the Incas, located 33 km from Cusco in the Sacred Valley of the Incas by the Urubamba River. In the vicinity of Pisac, you can visit the ruins of an ancient fortification and the pyramid city of Ollantaytambo and the village of Chinchero are interesting.

The Nazca Desert, one of the country’s tourist gems, is located in southern Peru between the Ingenio and Nazca rivers. It is an almost square stone plateau, dotted with mysterious drawings of enormous size, visible only from the air, and made in one continuous line, carved into the stone. The drawings depict human figures, as well as birds and animals, many of which, oddly enough, are not found in the Nazca region. It is assumed that the date of creation of these “mega-pictures” is 350-700 BC. e. The Chauchilla necropolis (1st century AD) is also interesting in this region.

Arequipa is the most beautiful city in the country, located in the very south of Peru at an altitude of 2335 m above sea level. Main attractions: Convento de Santa Catalina convent, cathedral, Jesuit church La Campagna, central Plaza de Armas, former Casa de la Moneda mint, Casa Moral mansion. And 180 km from Arequipa there is a unique natural object – the Colca canyon, which is considered the deepest in the world.

Costa is the country’s Pacific coast. There you can visit the Paracas National Marine Reserve, the Huacachina sand dunes, the oases around Ica, the winemaking capital, the Huascaran National Park and the Huaylas Valley, the ancient clay town of Chan Chan.

Trujillo is the capital of Costa, founded in the 16th century. and preserved to this day the style of the colonial era. The main square of the city, Plaza de Armas, is worth seeing, the Town Hall, the Bishop’s Palace, the Cathedral, the Archaeological Museum and the Cassinelli Museum, the art gallery in the Casa Ganos building, and numerous monasteries. There are also many interesting things in the vicinity of Trujillo – these are the ruins of ancient cities, and temples-fortresses, and the ecological reserve in Batan Grande.

Selva is the eastern part of the country. The main thing that attracts tourists here is the unique flora and fauna: mahogany, rubber plants, sarsaparilla, vanilla tree and a great variety of exotic tropical flowers grow in the jungle. On the Amazon, you can watch pink dolphins, caimans and other reptiles, many endemic birds. In addition, purebred Indian tribes live here, and numerous monuments of ancient cultures are lost in the jungle.

The eastern and northeastern parts of the country differ greatly in weather conditions from the center and the west: on the Selva plains, the average monthly temperature in summer ranges from +18 to +27 ° C, in winter – from +16 to +26 ° C. There are two seasons in the country – dry (May-October) and wet (November-April).

The best time to visit the mountainous regions and Selva is June-August, the coastline is December-March. Up-to-date information: weather forecast for the main resorts of Peru for the coming days. 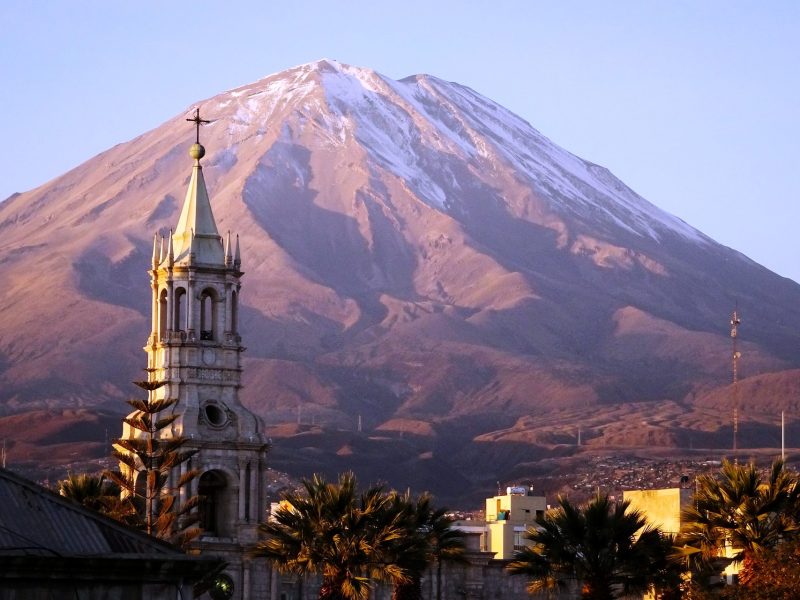 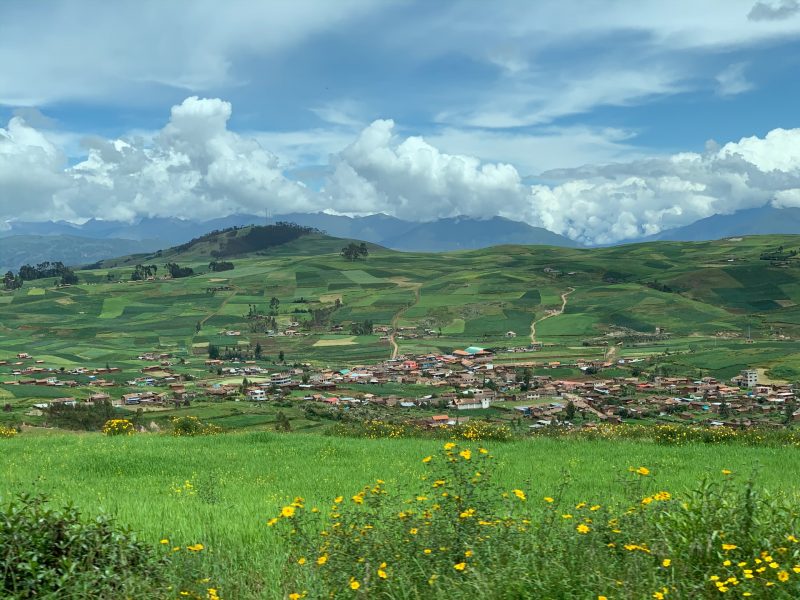 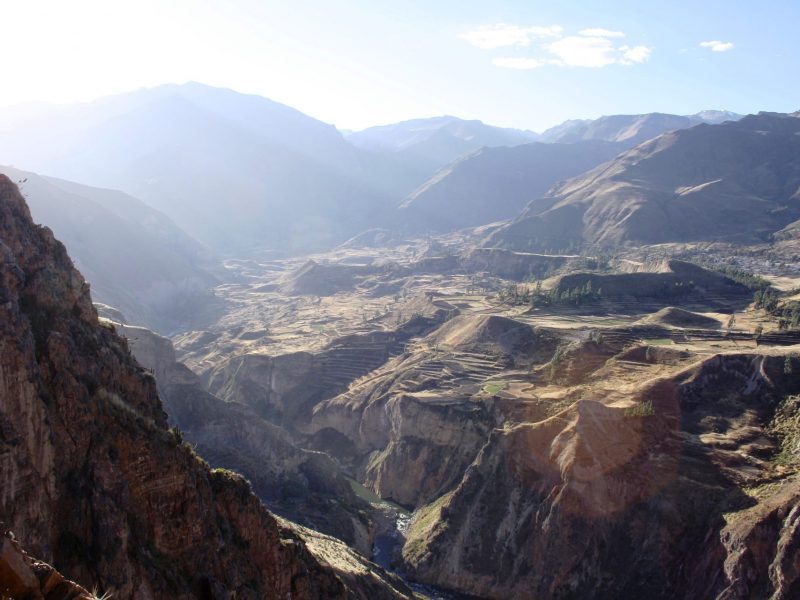 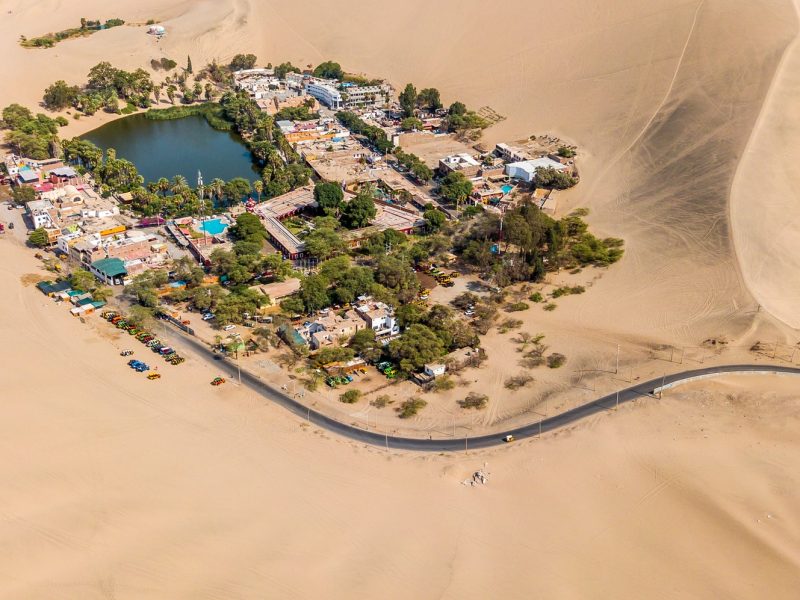 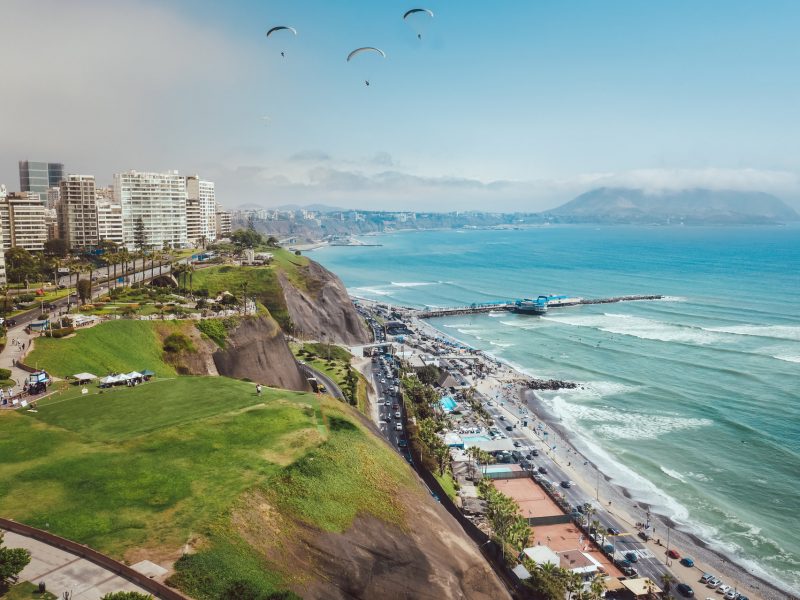 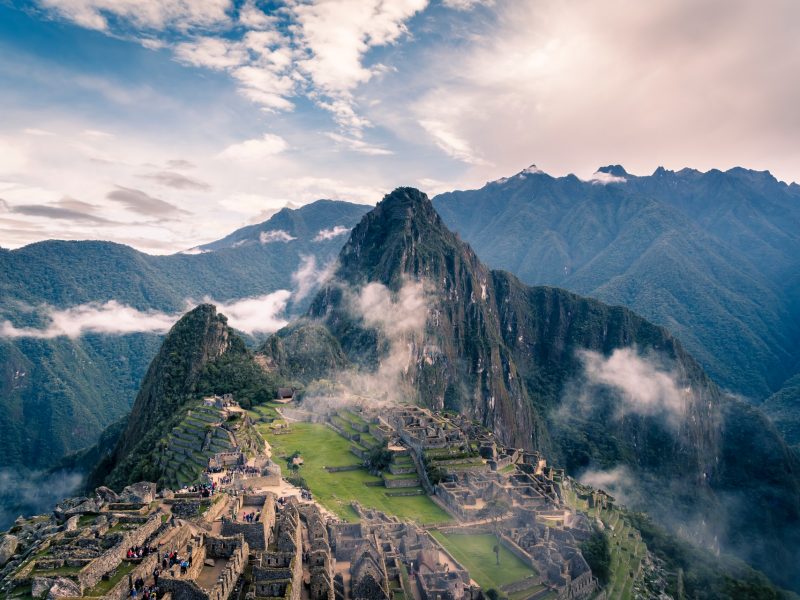 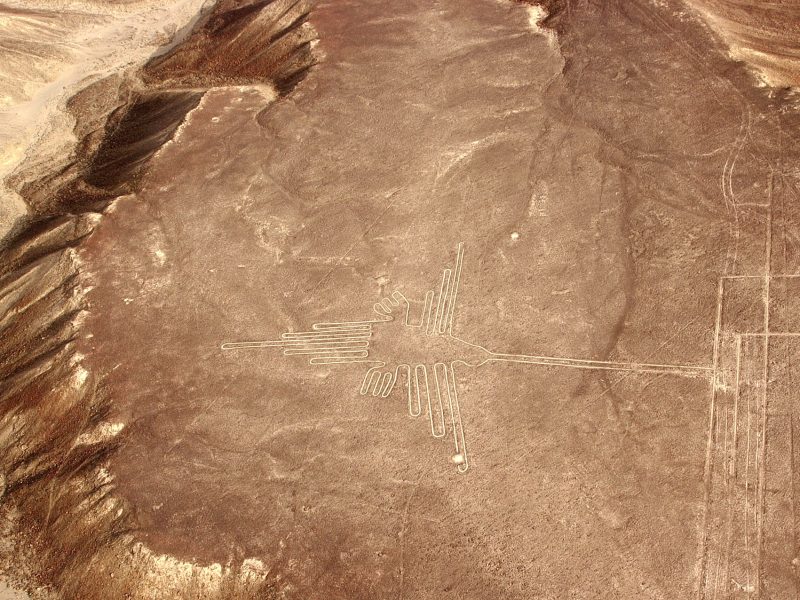 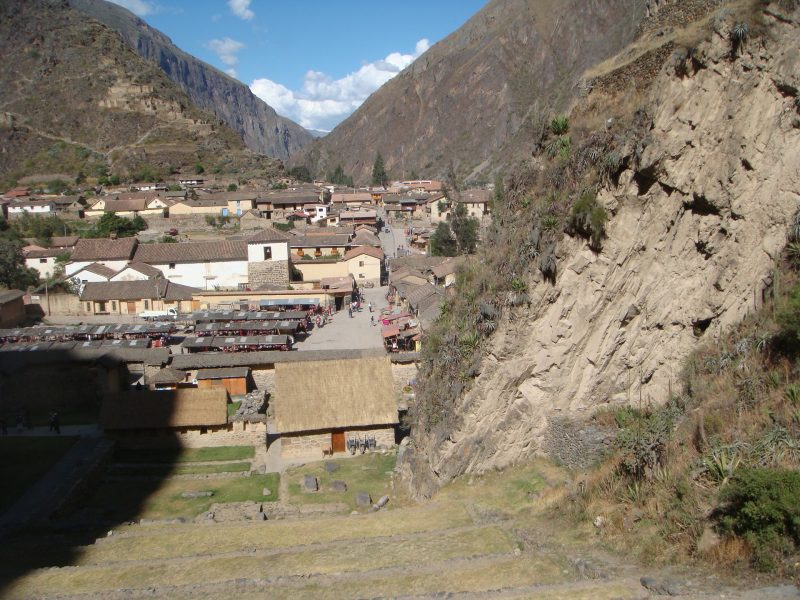 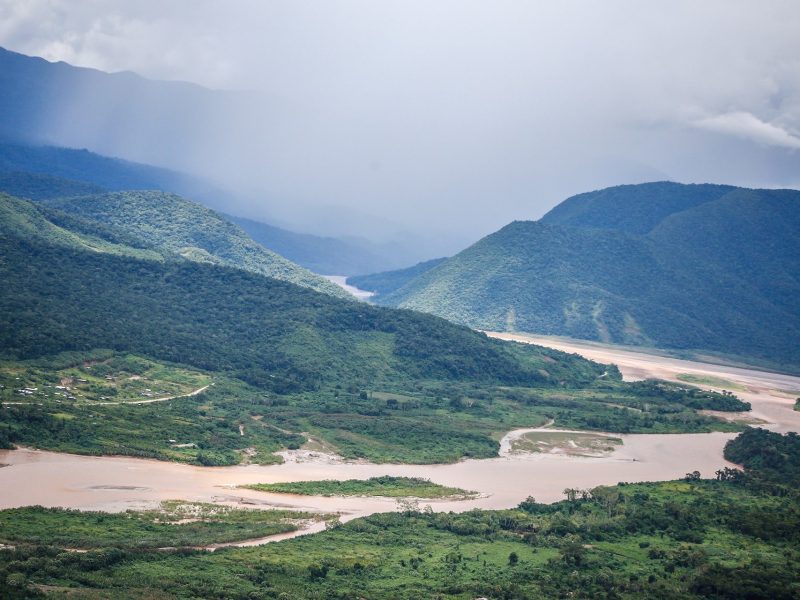 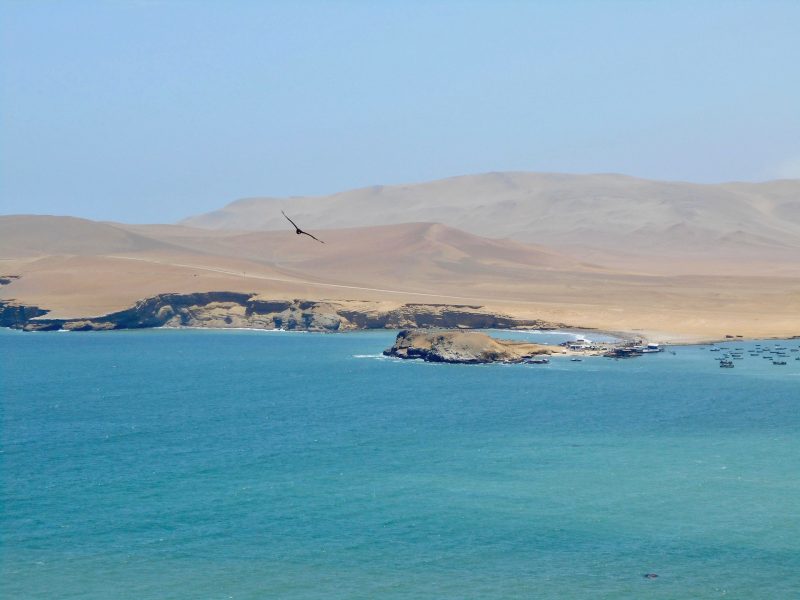 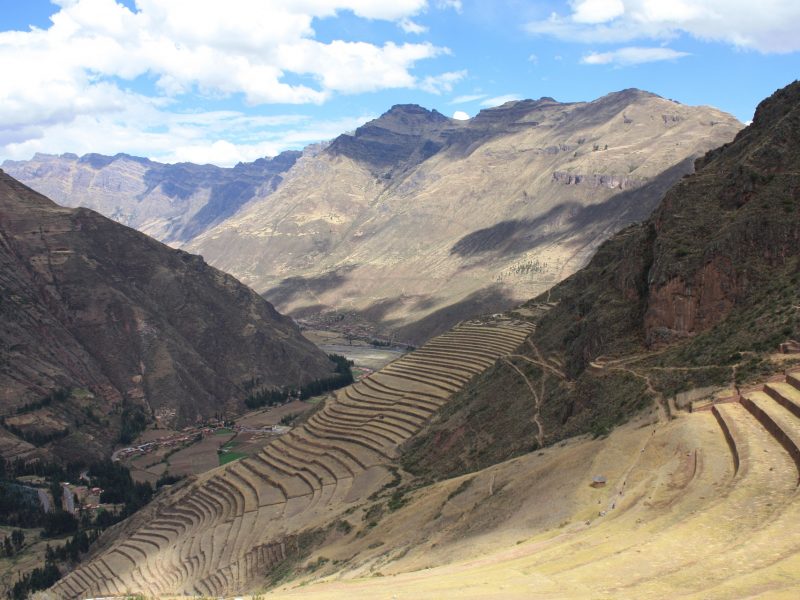 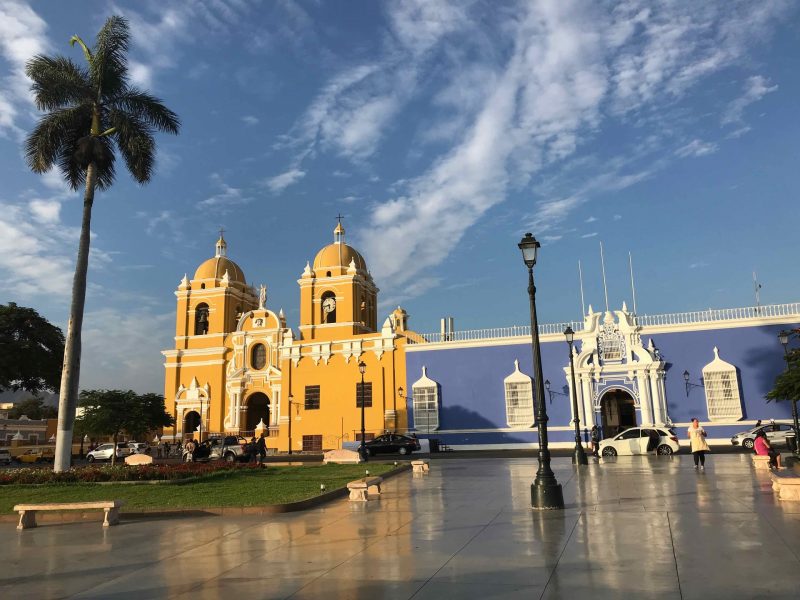