Portugal is a country for experienced hedonists. Wandering through the cozy streets of its cities, you can feel for a moment somewhere in Spain or southern France. There is only one fundamental difference: there are almost no ubiquitous tourists of the “gallop across Europe” format here, this place is more likely for wealthy travelers who prefer a special, elite vacation. Here they value traditions, honor a rich historical heritage, know how to enjoy life and do not skimp on comfort, creating it both for themselves and for dear guests in every sense.

Inhaling the scent of oranges and eucalyptus trees, walking along the embankments, enjoying wine accompanied by sad fado songs in colorful cafes, you can get to know the real Europe a little closer – one that is too proud and beautiful to participate in tourist races.

The capital is Lisbon, which became the center of the country in the 13th century, destroyed by an earthquake 5 centuries later, but revived greatness in the shortest possible time. The most famous attraction is the Castle of St. George: a formidable fortress on a hill that once belonged to the Moorish emir, and then to the Portuguese kings. The Cathedral of Lisbon also survived the earthquake, in which the features of Rococo, Baroque, Gothic and Neoclassicism are guessed. There are beaches in the vicinity of the capital – a series of fashionable resorts called the Lisbon Riviera.

The main decoration of Lisbon is the winding streets of the old districts: winding between neat houses decorated with azulejos tiles, one cannot help but feel the mood of the city.

The second most visited city is Porto, which dates back to the 4th century. It is better to start your acquaintance with the capital of port – no, not from the bar – from the historic center, protected by UNESCO. Here are both the cathedral, which resembles a fortress, and the impressive size of the Church of São Francisco. Tired of monumentality, you should go to the Ribeira area: its colorful houses, as if glued to each other, look charming. And after the tour, it’s time to relax on any of the small pebble or sandy beaches of the city.

50 km north of Porto is Braga – the center of Portuguese Catholicism with the seat of the archbishop. It is not surprising that the main tourist attractions here are cathedrals and churches built in the Gothic, Romanesque and other styles. The main attraction of Coimbra is the country’s oldest university: a complex of elegant Baroque buildings, including even the former royal palace. And there is also great shopping: it is impossible to leave the numerous bookstores, boutiques and antique shops without shopping.

Evora is an ideal place for gastronomic delights: the local cheeses, desserts and wines are beyond praise. You can work up your appetite by examining the architectural beauty: in the vicinity there are perfectly preserved buildings of the Neolithic era, and in the city itself – the ruins of a Roman temple and medieval cathedrals.

For the most delicious seafood, it is better to go to Faro, from where excursions in the south of Portugal usually begin. It is convenient to visit the port restaurants directly from the beach, awarded the Blue Flag.

Obidos is a small and very cozy city: snow-white villas, paved paths, bright flower beds seem to have come off a beautiful postcard. There was also a place for sights: what is only one medieval castle, where, if you wish – and a sufficient thickness of your wallet – you can even spend the night. And Setubal is famous for its picturesque landscapes and ancient architecture: fortresses and cathedrals against the backdrop of mountains are an incredible sight. For a complete list of cities and resorts in Portugal, see our page.

The territory of Portugal is located in two time zones: UTC-1 and UTC. The Azores are located in the UTC-1 time zone. The rest of the country (for example, the cities of Porto and Faro) is guided by Greenwich Mean Time. In summer, the hands of the clock are turned in Portugal.

It is best to get acquainted with Portugal from May to October: the weather at this time is almost always warm and sunny, rains are very rare, which means that it will be comfortable both on a walking tour and on the beach. But you should be careful with swimming: because of the ocean currents, the water on the Portuguese coast is cool. It is better to swim south of Lisbon: there the Atlantic is 2-3 ° C warmer, and the difference is quite noticeable. North of the capital, most holidaymakers prefer to sunbathe and enjoy the scenery. Spring is the best time for surfing, but in winter it is rainy in the country, although the sun often returns to the south. 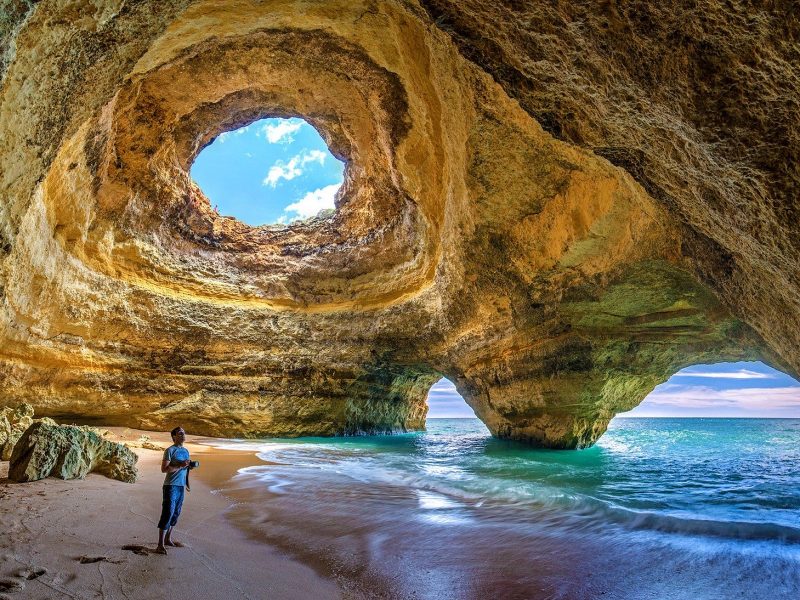 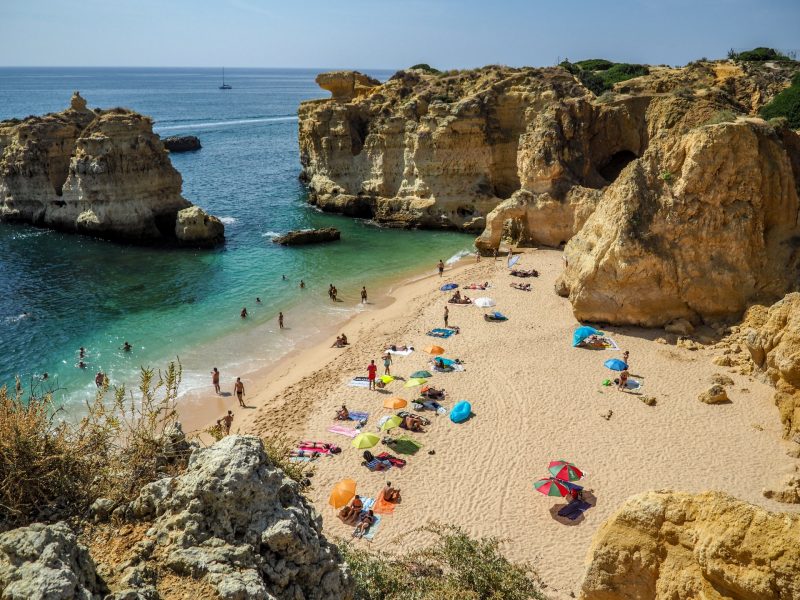 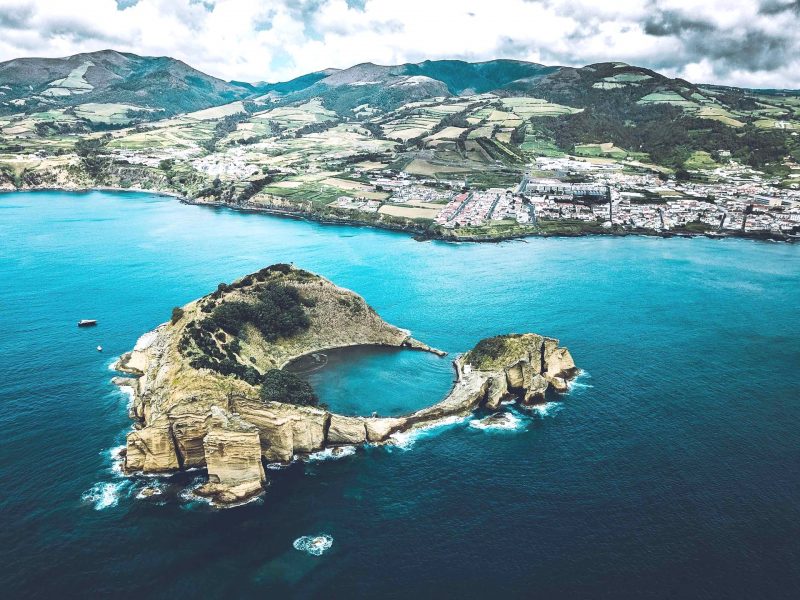 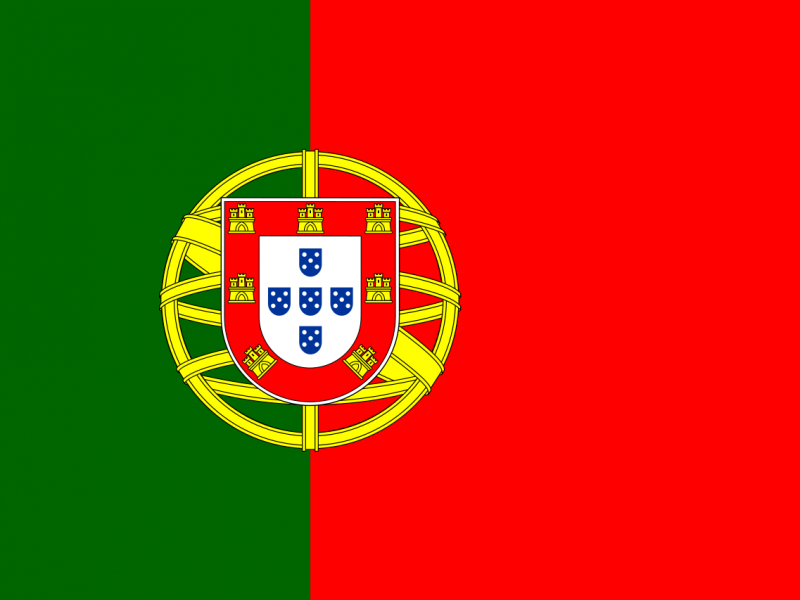 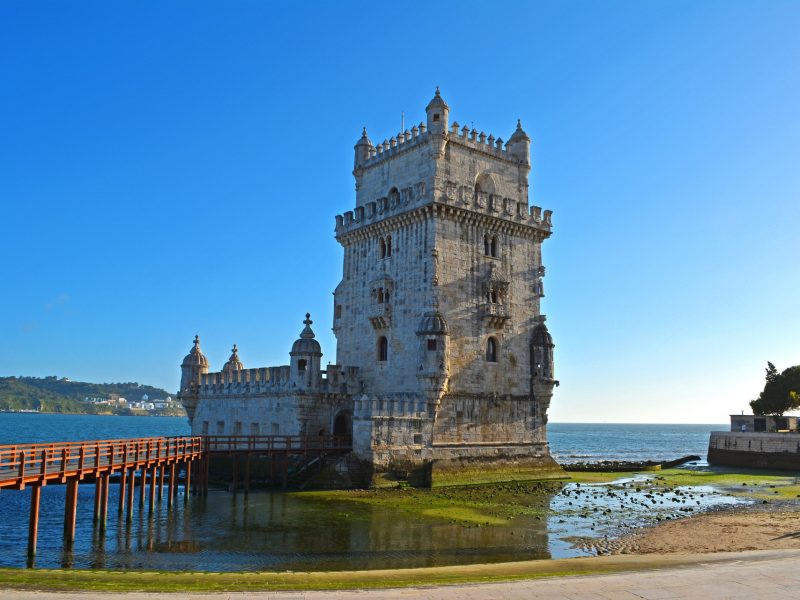 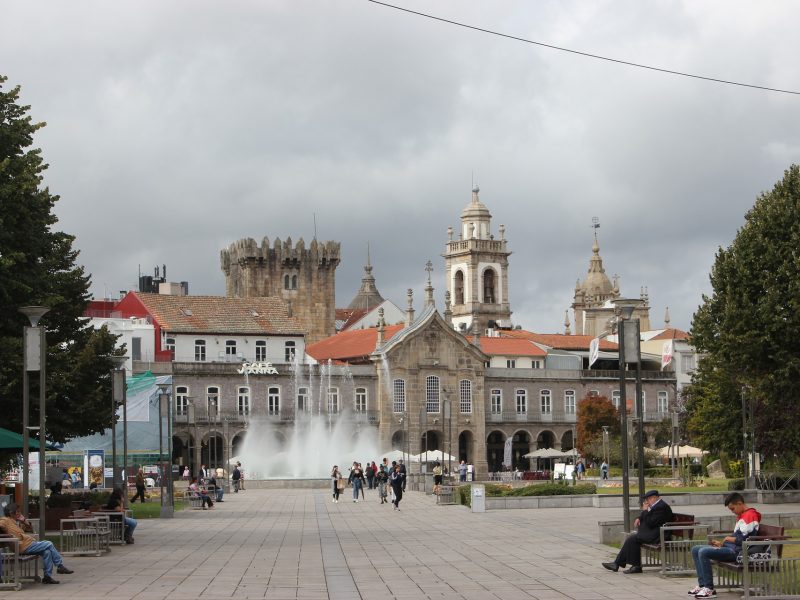 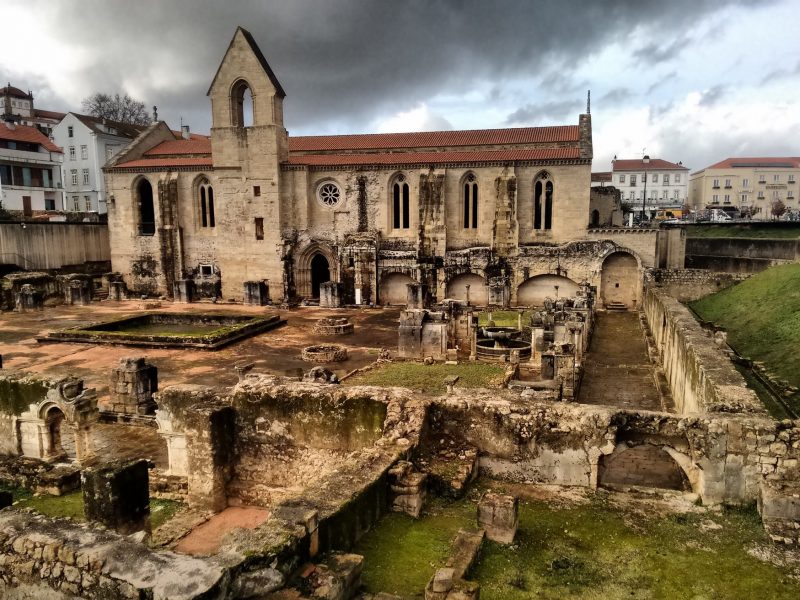 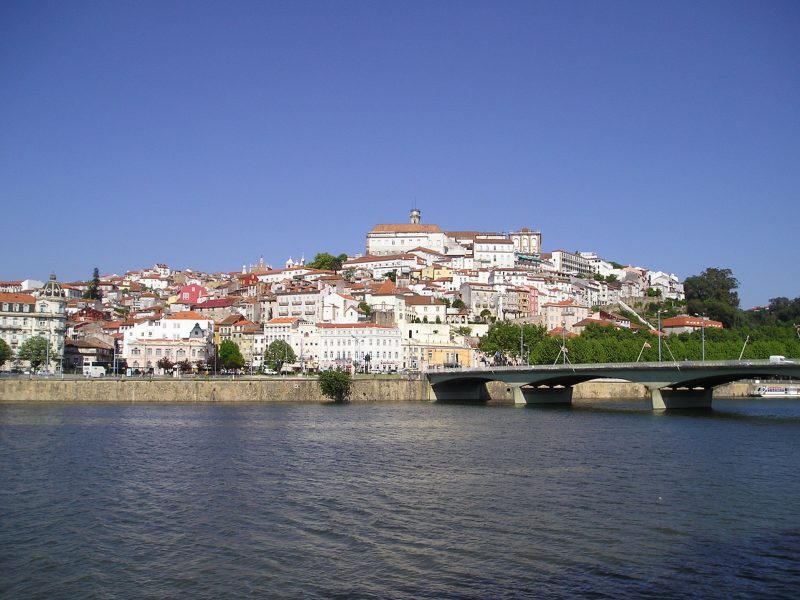 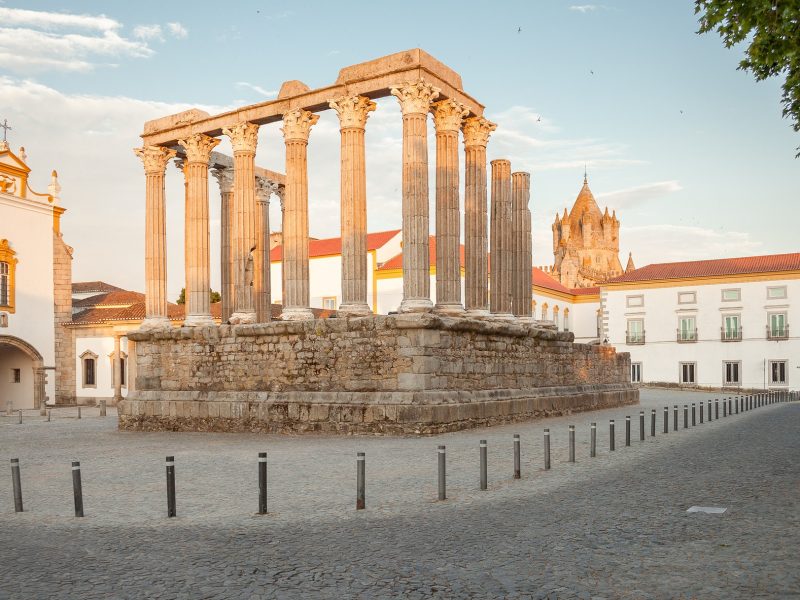 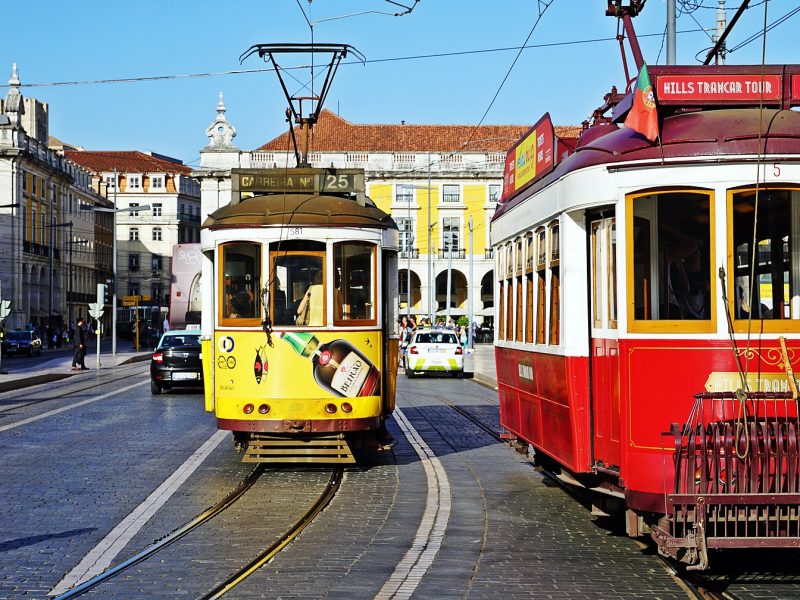 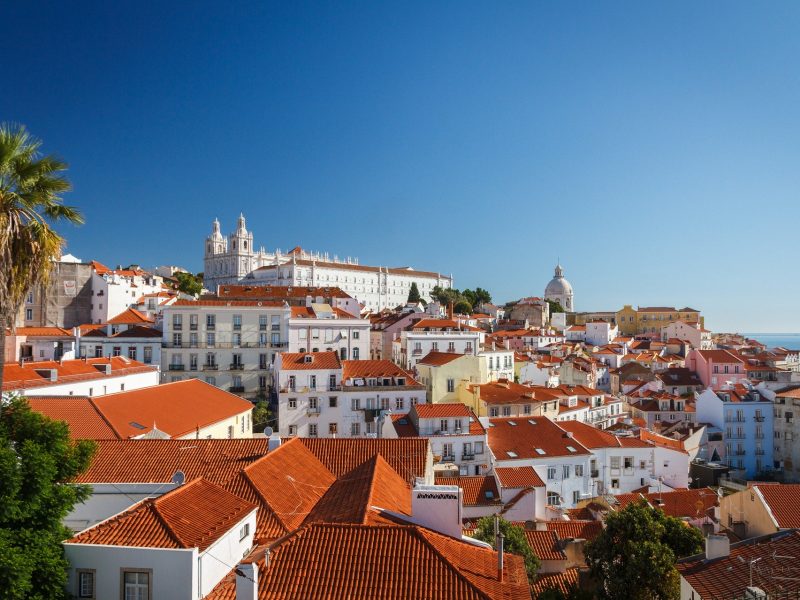 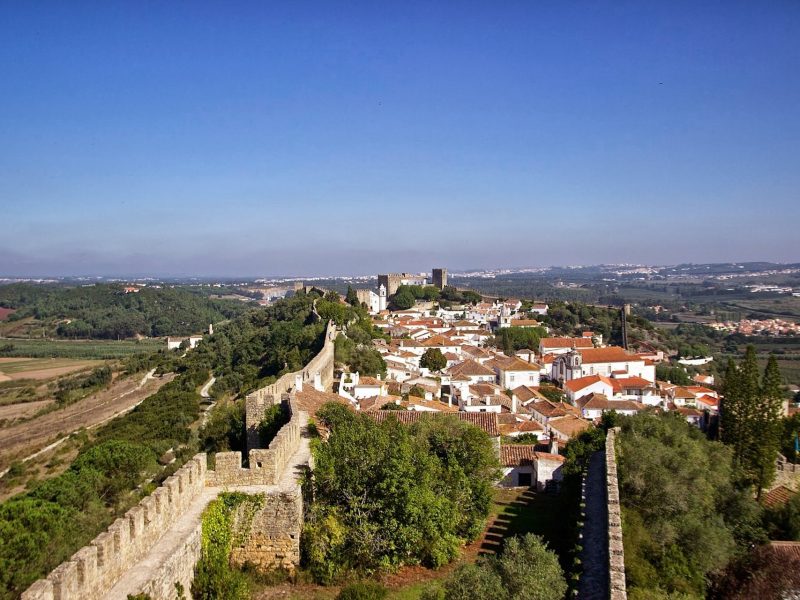 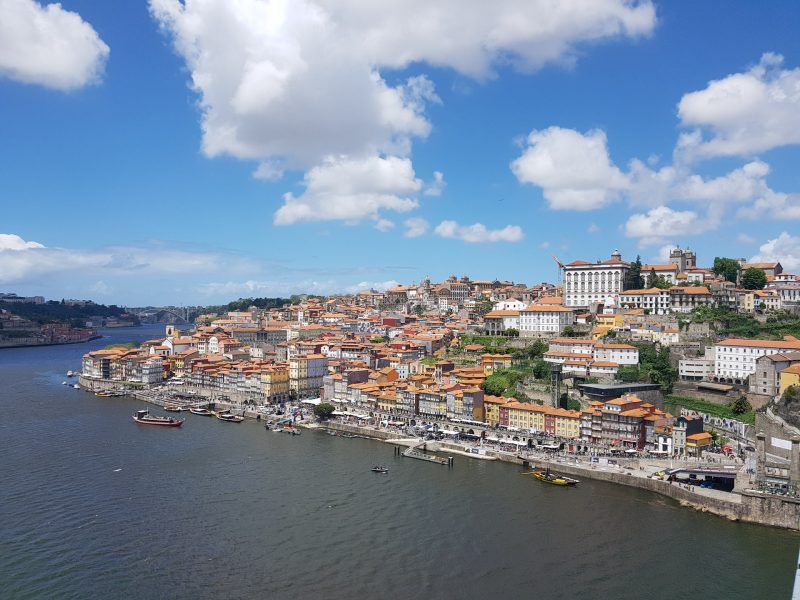 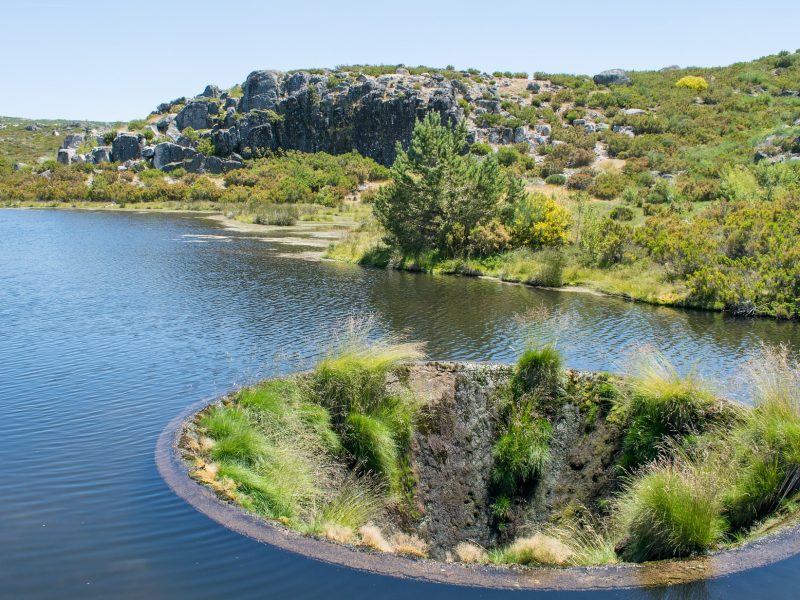 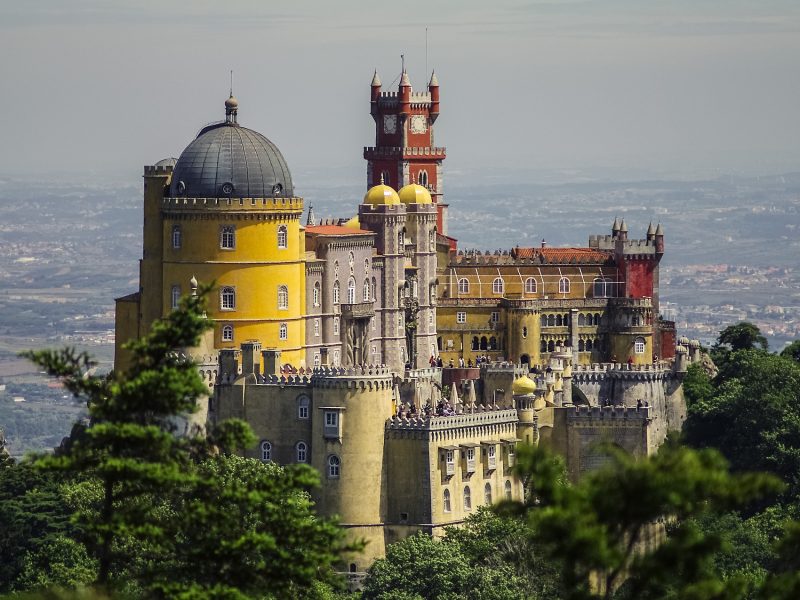 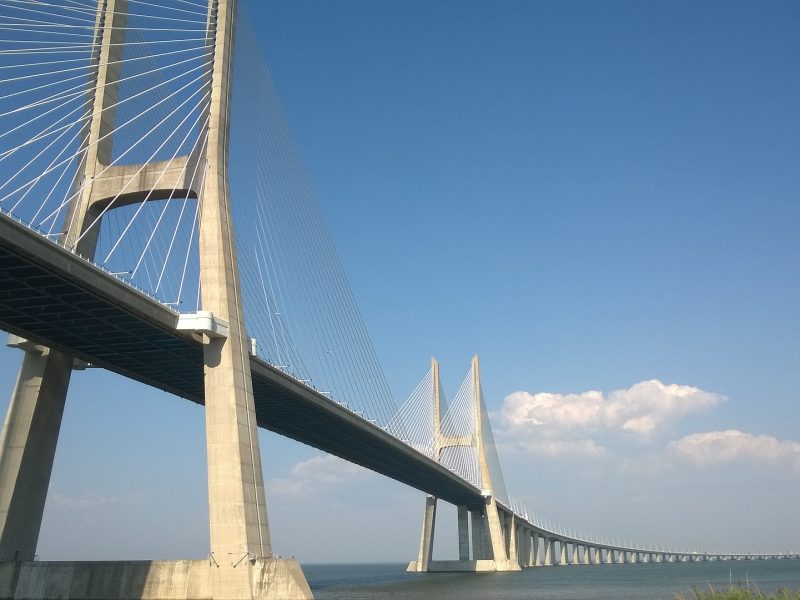