It is difficult to imagine something more complex, heterogeneous and multi-component to describe than a huge immense Russia. Here there is once the capital, but in the strict spirit and refined architecture, the bureaucratic Petersburg remains so to this day. And a wide merchant, always dashingly revelry, still famous for its domes headed by the Ivan the Great bell tower, now the capital is Moscow. And the cradle of Russian statehood is ancient Veliky Novgorod, and the ever-fighting border Pskov, Volga Yaroslavl, Kazan and the famous “pocket of Russia” – Novgorod Nizhny. And also the great Siberian expanses with a variety of natural attractions and ancient cities, the seemingly inaccessible Far Eastern limits, so rich in beauty, if and the harsh climate.

Both capitals from year to year like a magnet attract hundreds of thousands of tourists. Museums, art galleries, palaces, churches, monasteries, monuments, historical buildings, gardens and parks, theaters and concert halls, skating rinks and water parks – all this is in abundance, both in the North and in the official capital. To visit all possible excursions is simply unrealistic. Here you will find Pushkin’s Petersburg, Bulgakov’s Moscow, and bar tours, and theater marathons. Cultural life is in full swing both in St. Petersburg and in Moscow: festivals, fairs, exhibitions, sports competitions are held – in a word, there are a lot of opportunities for event tourism.

The most popular (after Moscow and St. Petersburg) and undoubtedly one of the most fascinating routes in Russia – the Golden Ring – is a real treasury of Russian culture. The expanded interpretation unites under this name a couple of dozen wonderful ancient cities that introduce curious travelers to the ancient history of Russia. In addition to the obvious excursion tourism, event tourism is also gaining momentum in the cities of the Golden Ring. Both compatriots and foreigners are always curious to visit national holidays and mass festivities, to take direct part in them.

The heart of Russia is the Central Federal District, which since 2000 officially includes 18 regions concentrated around the capital. The center is a recognized Russian leader both in terms of the number of subjects and population. Its territory is so large that it is simply useless to make any generalizations.

Ryazan is one of the oldest cities in Russia with a perfectly preserved Kremlin, numerous temples and museums. The architectural dominant of Tver is the Imperial Traveling Palace, built for the Empress Catherine. The main attractions of Tula are the famous Yasnaya Polyana, the Kulikovo Pole Museum-Reserve, the majestic Tula Kremlin of the 16th century. Kaluga is the “cradle of cosmonautics” (it was here that Tsiolkovsky once lived and worked), whose architecture resembles Moscow in the middle of the 18th century. Belgorod and Bryansk keep evidence of the Great Patriotic War, Voronezh is also rightfully called the city of military glory. Tambov and Smolensk are notable for their powerful fortifications. Kursk is an example of Soviet-era buildings, and Oryol is a merchant’s architecture.

Huge and multifaceted Siberia with its incredible nature is worth visiting at least once in your life! In Siberia, you should definitely see the Altai Mountains, the Khakassian steppes, the eternal ice on the Taimyr Peninsula, the deepest lake in the world Baikal with the Olkhon Island, the pearl of the Altai Territory – Lake Teletskoye, the ancient cities of Tyumen, Krasnoyarsk, Irkutsk, the ancient capital of Siberia Tobolsk, the Achair monastery and the place attraction of flying saucers – “Okunevsky Ark“, a unique reserve “Stolby” in the Krasnoyarsk Territory. In winter, you can go skiing in the Bobrovy Log resort, and in summer visit the indigenous peoples – Khanty, Mansi, Evenks, Nenets.

The Far East is the most remote from the capital, inaccessible and mysterious land, which keeps many treasures: there are amazing volcanoes and national parks of Kamchatka, as well as the most extreme point of the famous Trans-Siberian Railway – the city of Vladivostok.

It is sometimes longer and more difficult to get here than to another continent: a flight from Moscow lasts from 8 hours, and a train journey takes a week. But the efforts are rewarded in full: you can endlessly admire the majestic hills, mountain lakes, beaches with black volcanic sand, lost islands, the northern lights in Chukotka and other local wonders.

Most of Northern European Russia and Siberia has a subarctic climate, with extremely severe winters in the inner regions of Northeast Siberia (mostly the Sakha Republic, where the Northern Pole of Cold is located with the record low temperature of −71.2 °C or −96.2 °F), and more moderate winters elsewhere. Both the strip of land along the shore of the Arctic Ocean and the Russian Arctic islands have a polar climate.

The coastal part of Krasnodar Krai on the Black Sea, most notably in Sochi, possesses a humid subtropical climate with mild and wet winters. In many regions of East Siberia and the Far East, winter is dry compared to summer; other parts of the country experience more even precipitation across seasons. Winter precipitation in most parts of the country usually falls as snow. The region along the Lower Volga and Caspian Sea coast, as well as some areas of southernmost Siberia, possesses a semi-arid climate. 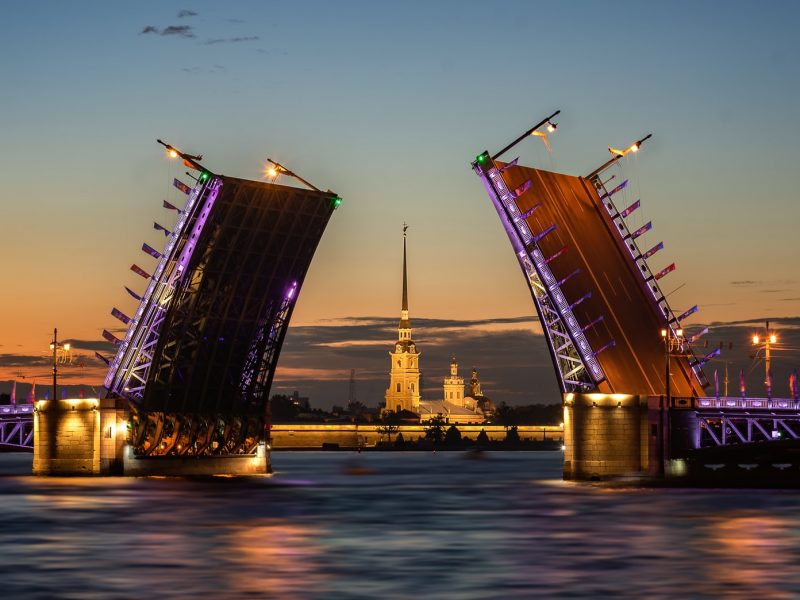 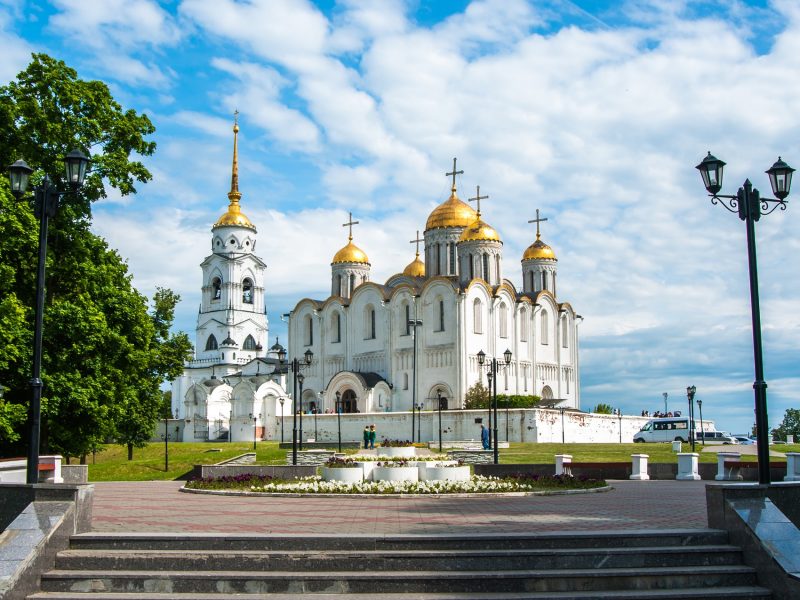 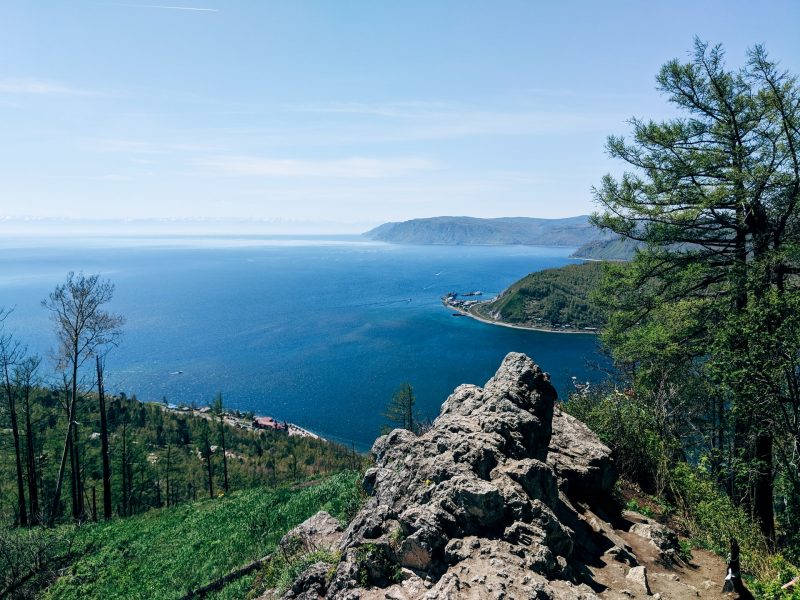 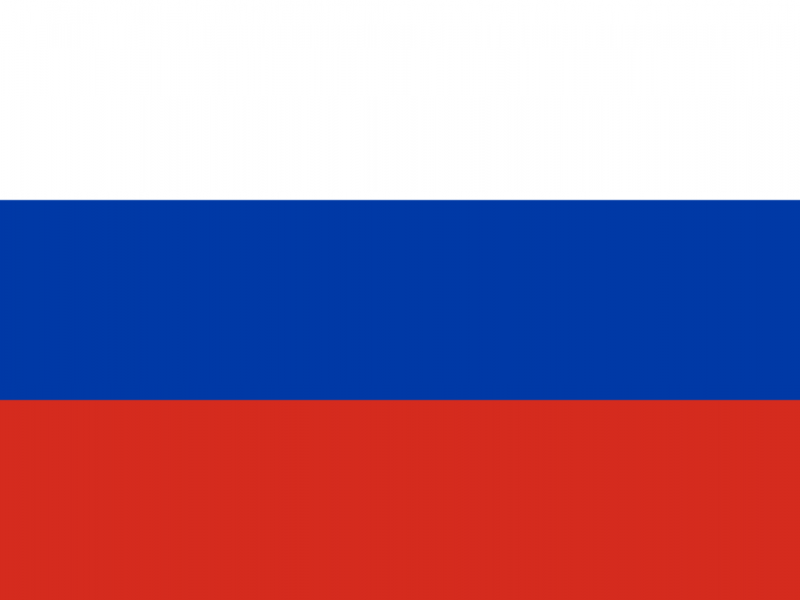 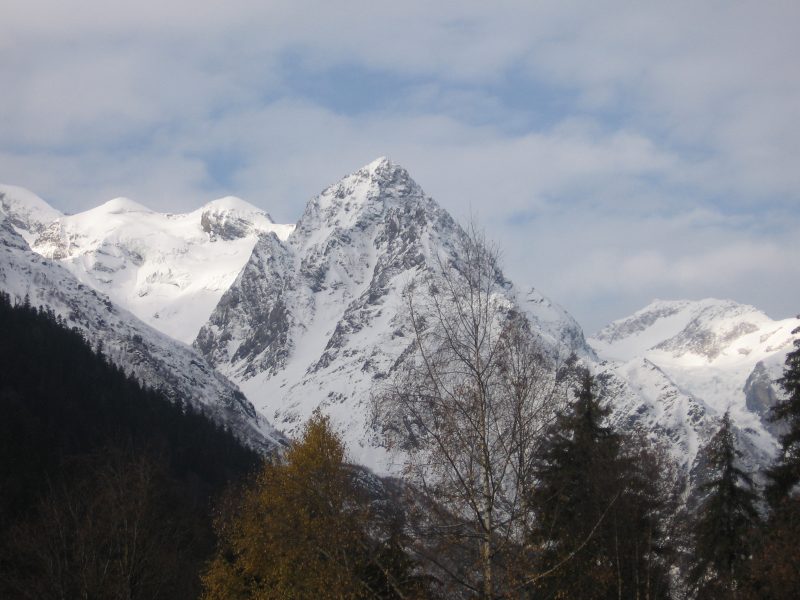 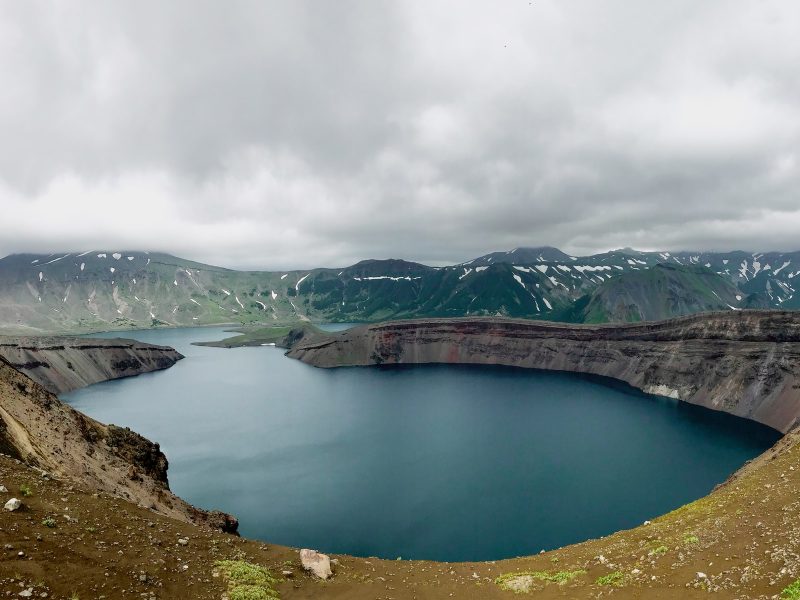 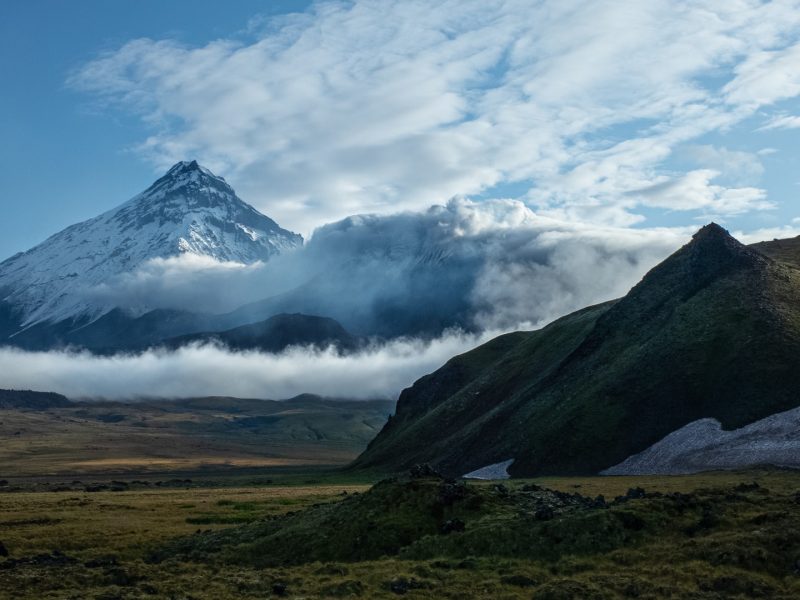 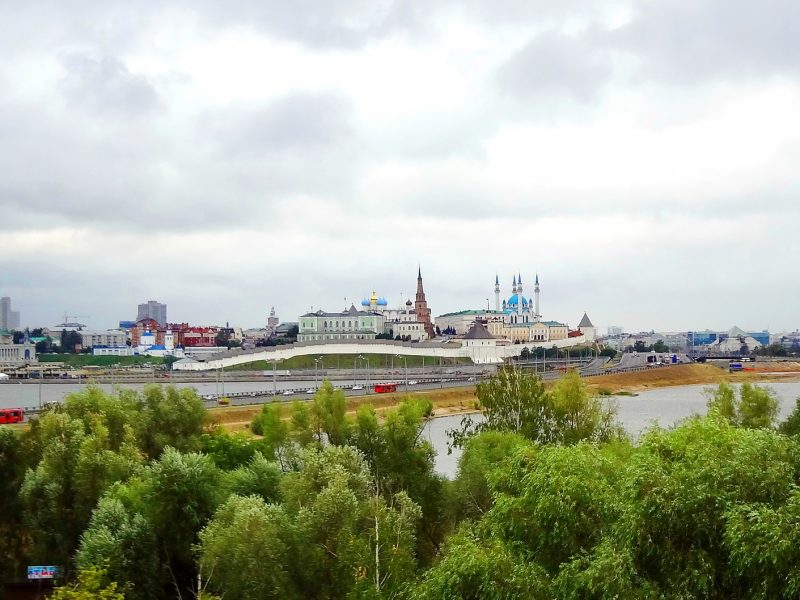 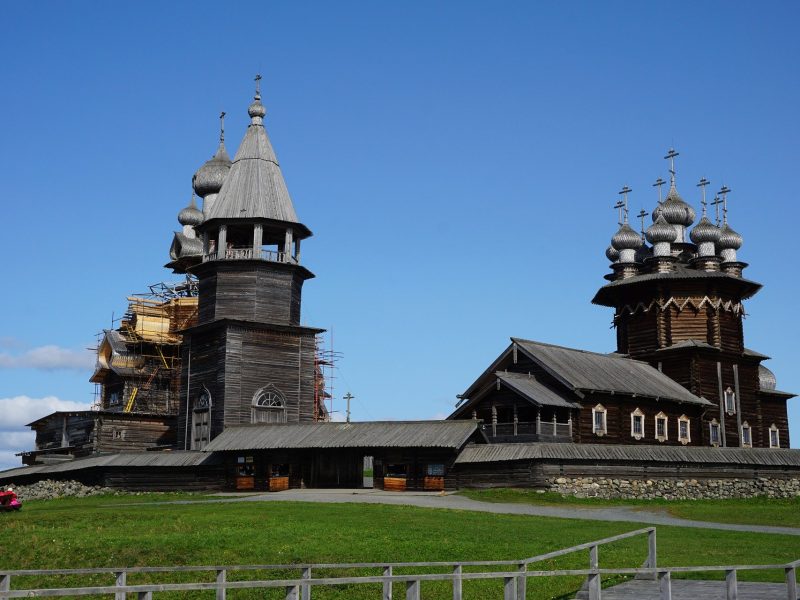 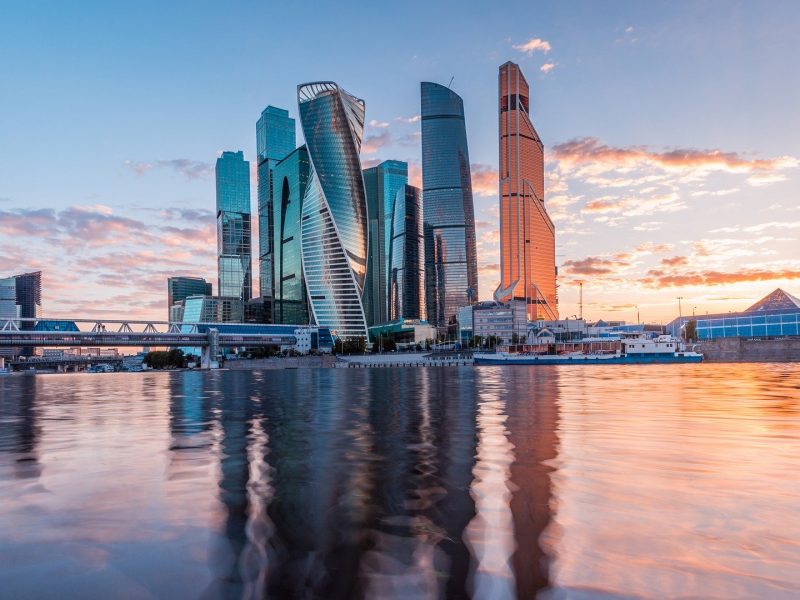 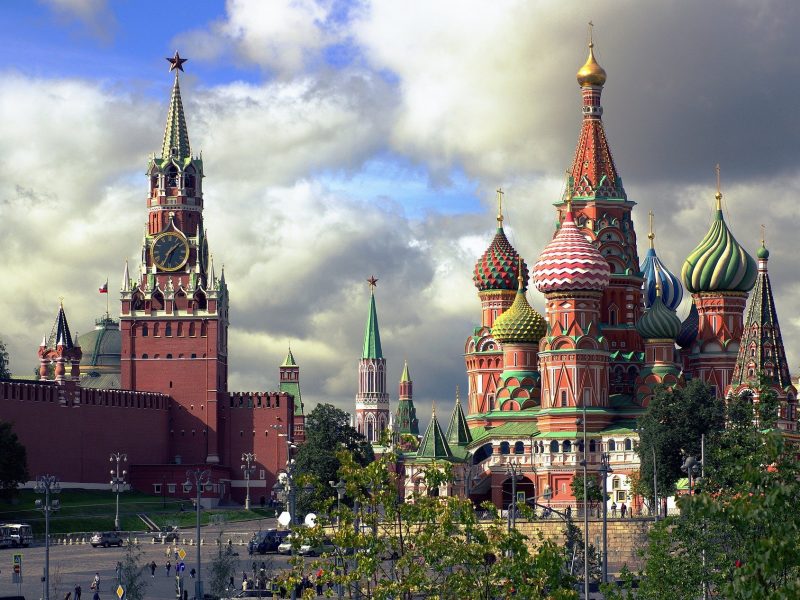 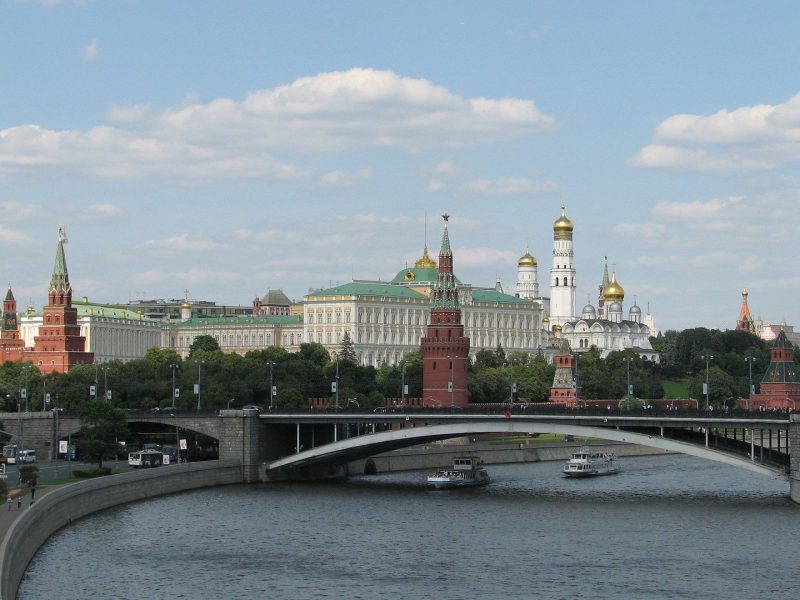 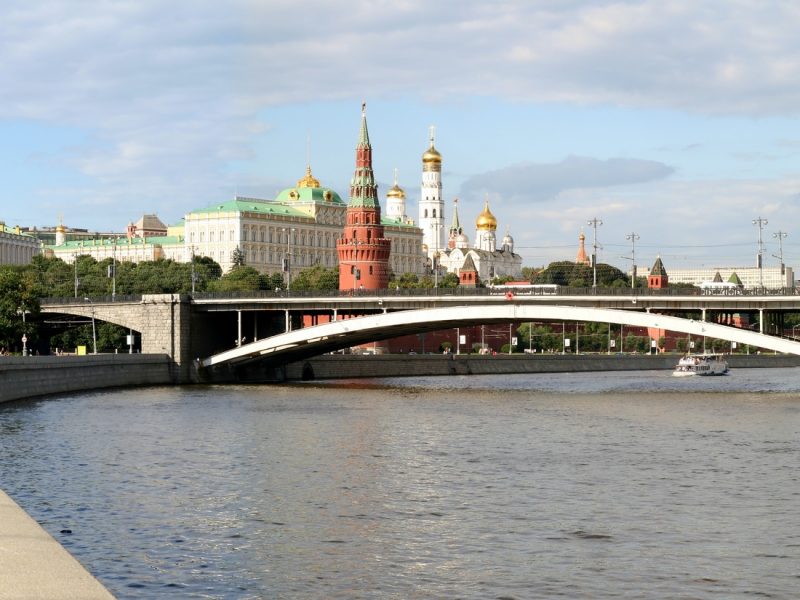 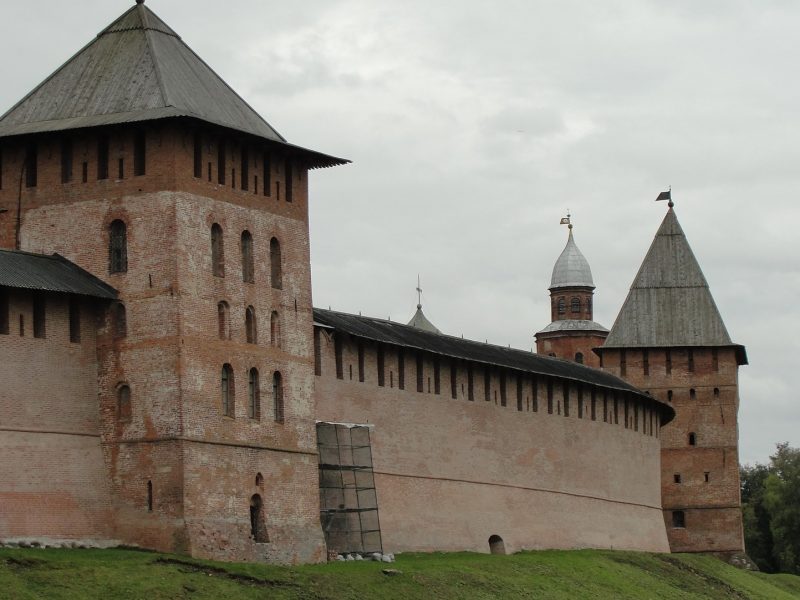 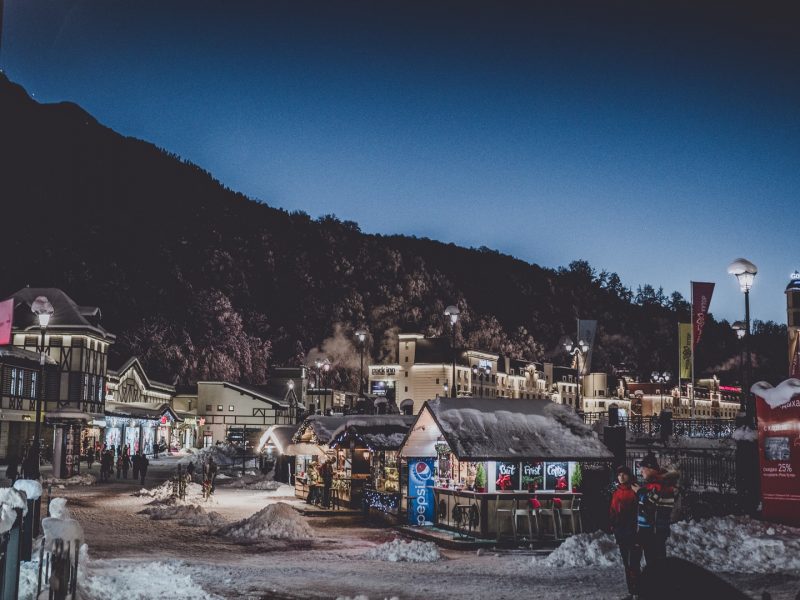 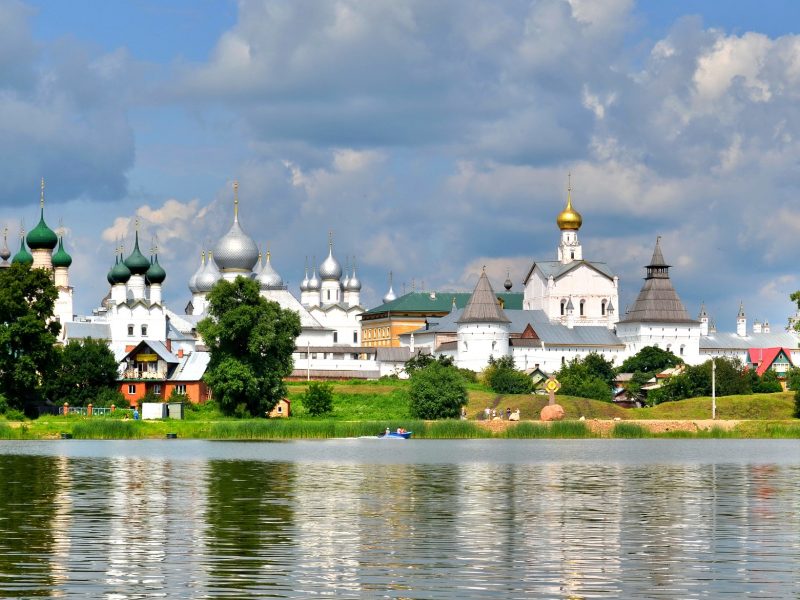 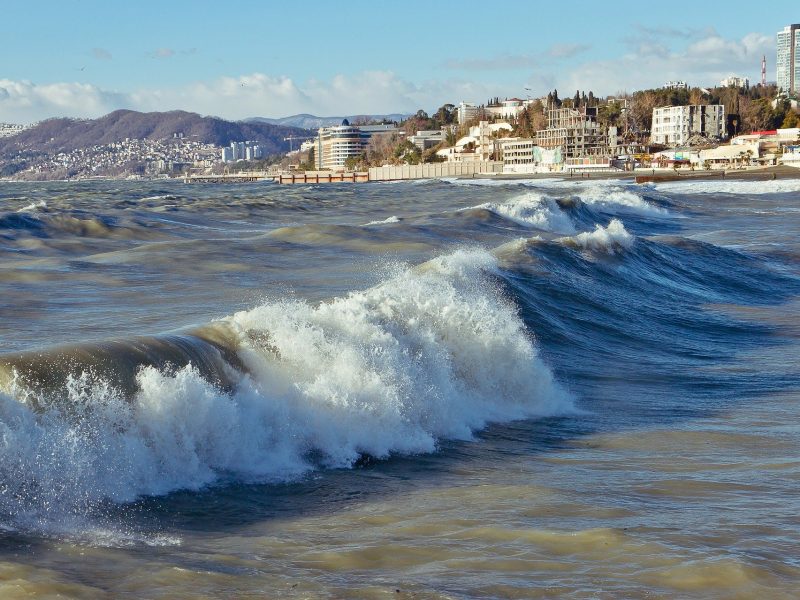 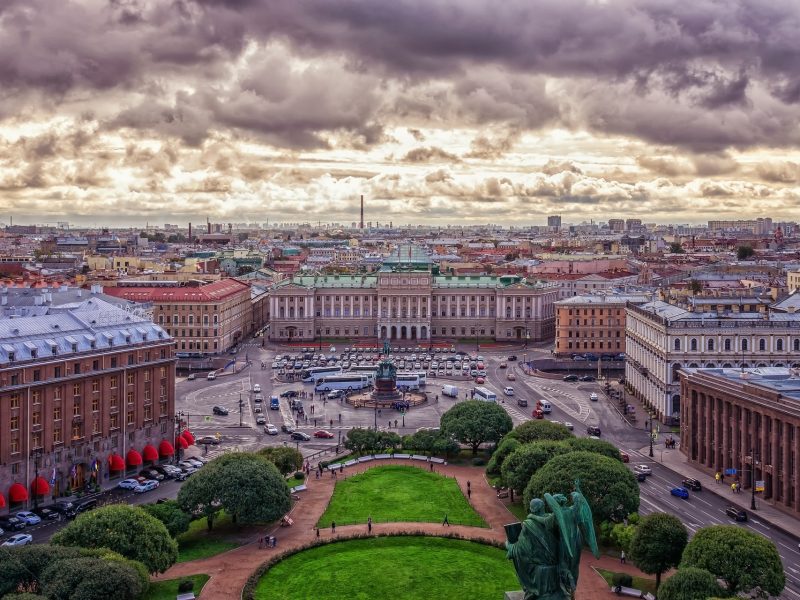 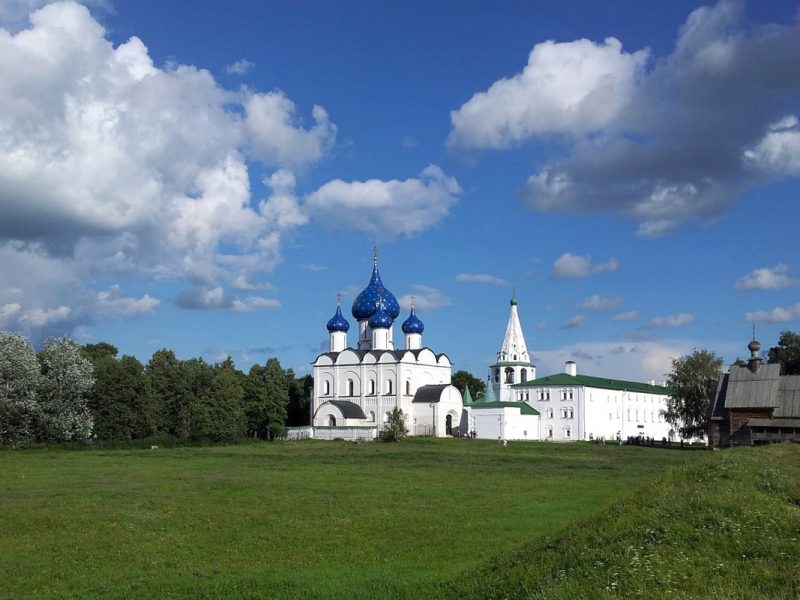 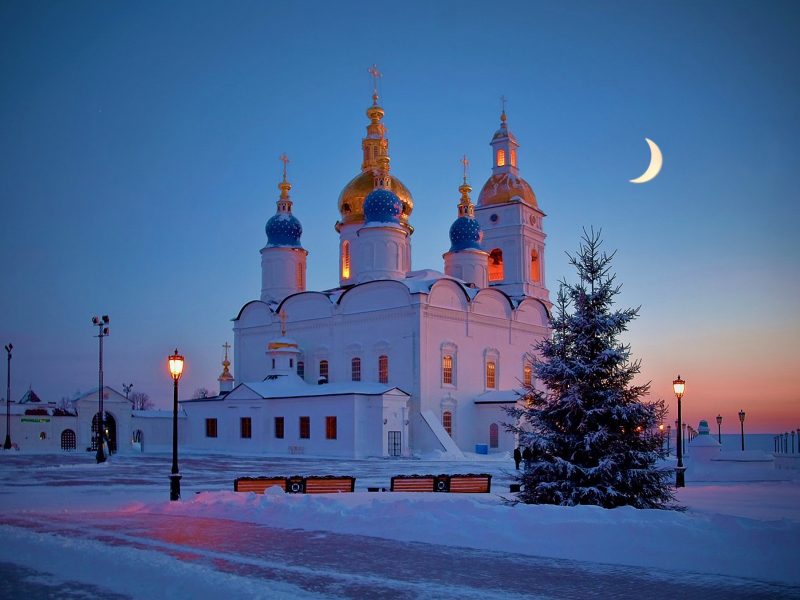 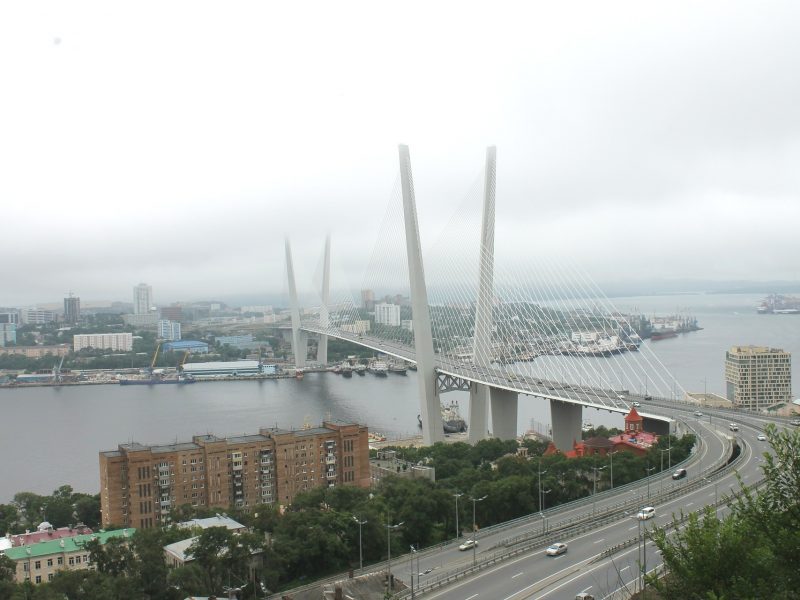 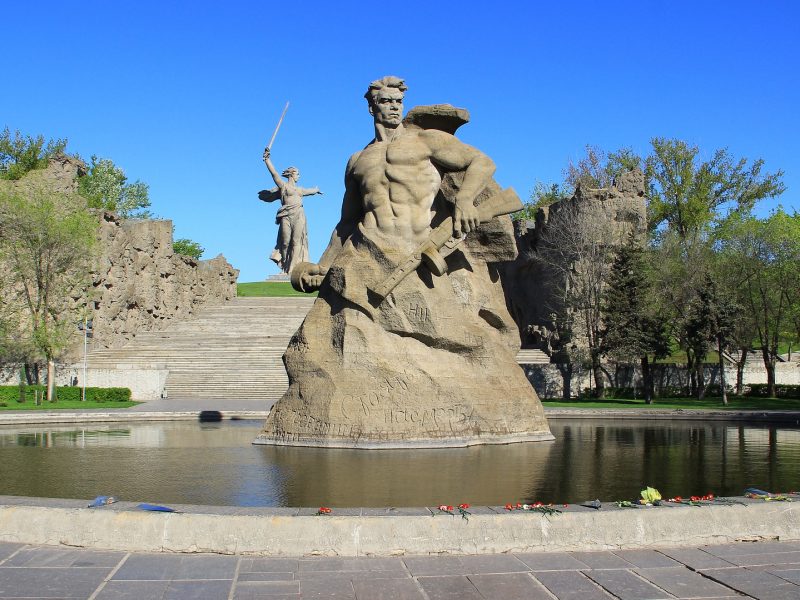 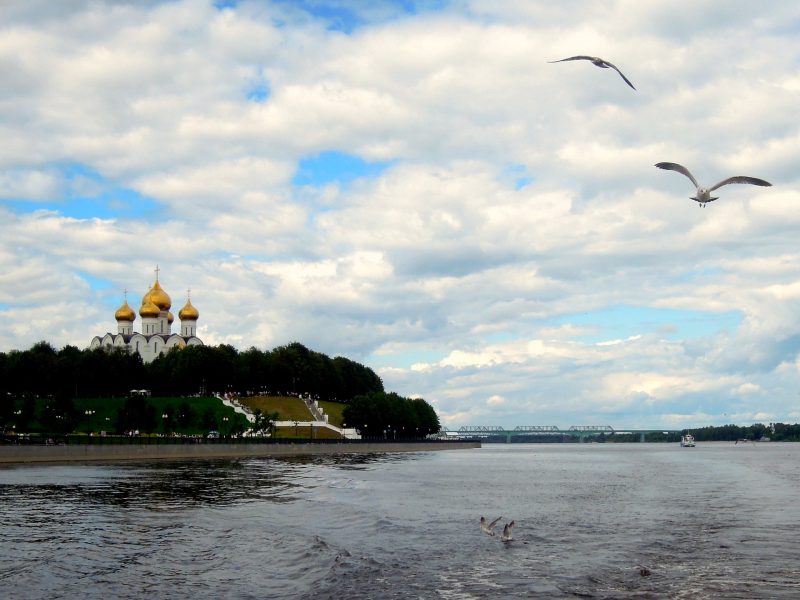