Country of the Great Silk Road and the great Karakum Desert, Turkmenistan today is one of the popular tourist destinations in Central Asia. Tourists are attracted here by the ruins of the brilliant cities of the past, almost all the known history of the powerful dynasties of Asia and Persia, endless steppes and eternal “black sands”, thoroughly forgotten in the post-Soviet period, but such an alluring life: skullcaps and pilaf, Akhal-Teke horses and colorful folk weddings, kyzyl, green tea, famous carpets of breathtaking beauty, lightest silks and honey melons.

In Ashgabat, it is worth visiting the settlement of Nisa (1 millennium BC), once the capital of the powerful Parthian kingdom. Here you can see the remains of two fortresses, temples, palace halls, the graves of the Arsakid dynasty. You should definitely walk around the picturesque medieval bazaars: the huge Jygyllik, Gulistan, Lalezar and Tekinsky bazaar. The Museum of Carpets tells interestingly about the history of carpet weaving, traditions and methods of weaving carpets, and also exhibits many artifacts – from the oldest specimen (17th century) to the modern giant of 301 sq. m, called “The Golden Age of the Great Saparmurat Turkmenbashi”. “Turkmenbashi Rukhy”, built in the native village of the former president, 15 km from the capital, and an abundance of architectural structures of our time: the palaces of Turkmenbashi and Rukhyet, the Independence Monument and the Arch of Neutrality, business centers, parks and fountains.

Sights of Mary, ancient Merv – the citadel of Erk-Kala of the Achaemenid dynasty, the medieval settlement of Gyaur-Kala with the ruins of monasteries and castles of the nobility, the Seljuk settlement of Sultan-Kala and the citadel of Shahriyar-Ark, the ruins of the Parthian city of Gebekli, the sacred city of Gonur Zam-Depe, medieval Keshk and Akuili-Kushuk, mosques, mausoleums and tombs.

In Turkmenbashi, of interest are the Shir-Kabib mausoleum of the 10th century, the Parau-Bibi mosque, which is an important center of pilgrimage for Muslim women, the Tasharvat caravanserai, the Dehistan valley and the ruins of the medieval city of Misrian with two well-preserved 20-meter minarets.

In Turkmenabat, it is worth visiting the Repetek reserve, part of the Karakum desert, the hottest place in all of Central Asia, the settlement in Amul-Chardzhui, the Atamurat city-museum with the Almutasir mausoleum and Astana-baba, the ancient Bai-Khatyn caravanserai, in which relief fragments have been preserved decorative stone carving with the names of the righteous caliphs – Omar, Abu Bakr and Ali.

Darvaza (Gate) is a gas crater in Turkmenistan. Locals and travelers call it the “Door to the Underworld” or “The Gates of Hell”. It is located 90 km from the Erbent village in the Dashoguz velayat. The crater has a diameter of approximately 60 meters and a depth of approximately 20 meters.

Turkmenistan is the hottest country in Central Asia. In July and August, temperatures in Ashgabat can reach + 50 ° C. In general, the country is dominated by a sharply continental arid climate with constantly blowing northerly winds, which bring cold air from the steppes of Kazakhstan in winter, and heat, sandstorms and dry winds in summer. The average January temperature in the southern regions is +4 ° C, in the north of the country – -5 ° C, in the Karakum Desert – as much as -25 …- 30 ° C. In July, in the south of Turkmenistan, the average temperature is +35 ° C, in the north – +27 ° C, in desert regions the temperature reaches +50 ° C in the daytime and +14 … + 17 ° C at night. In the Caspian lowland, the climate is milder, quite comfortable both in summer and winter. The best time to visit the country is from April to June and from September to early November. 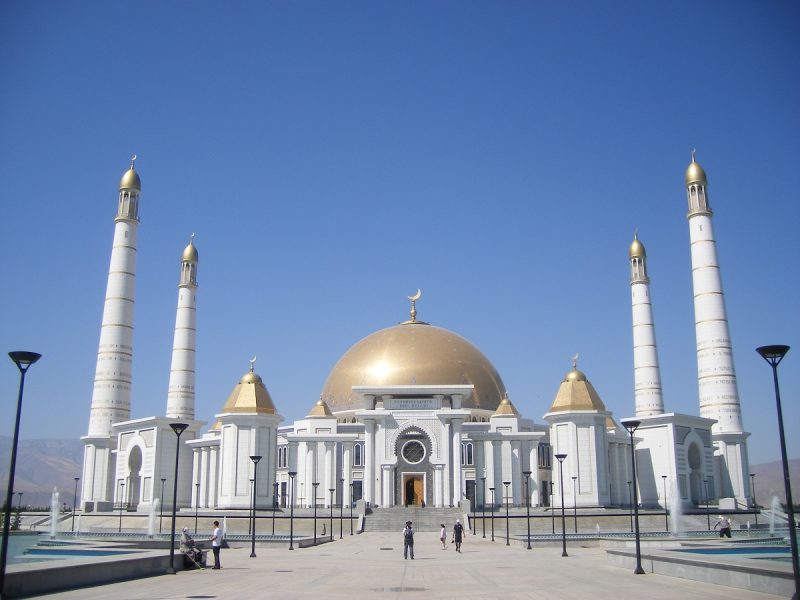 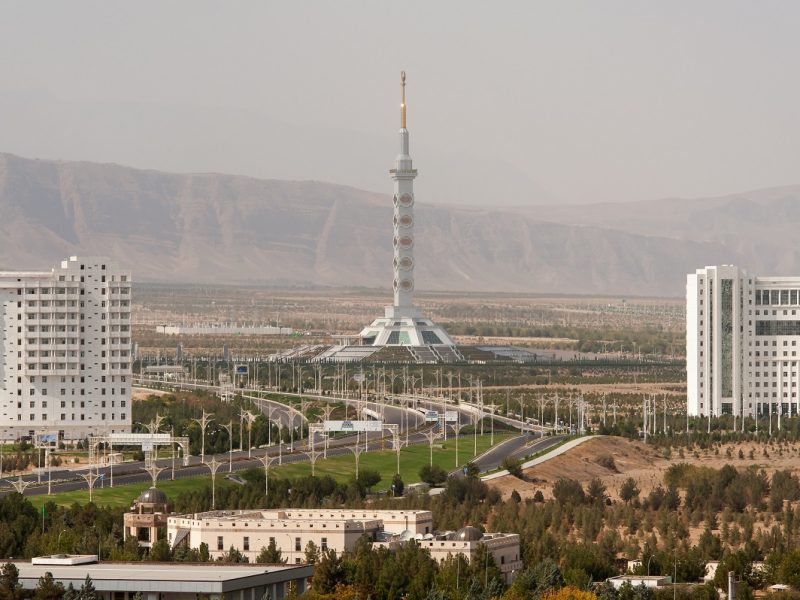 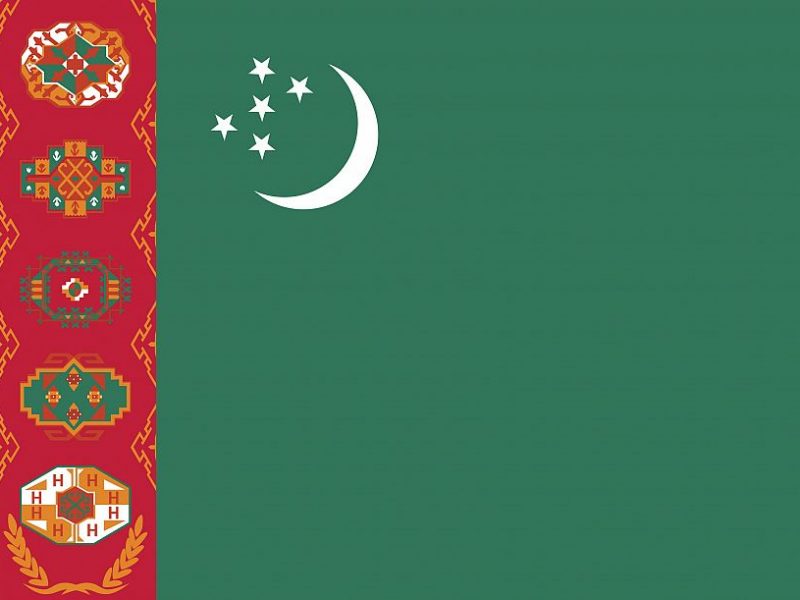 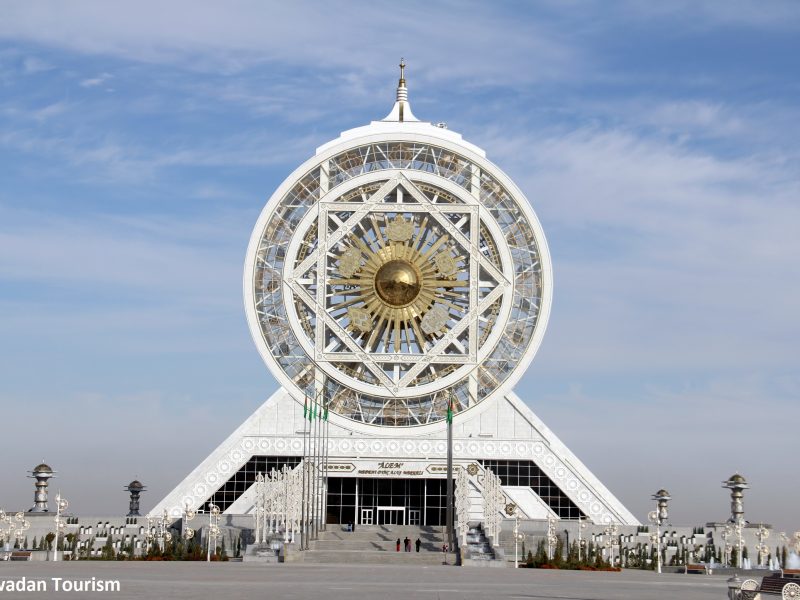 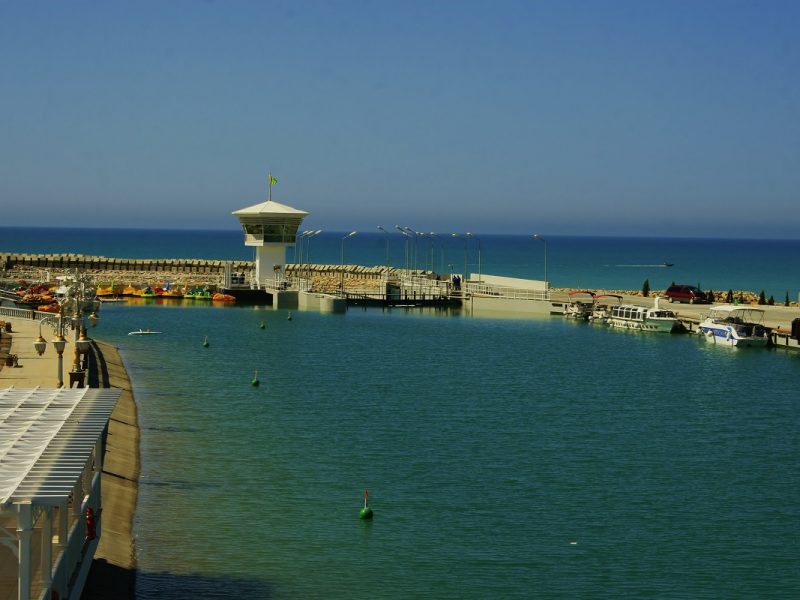 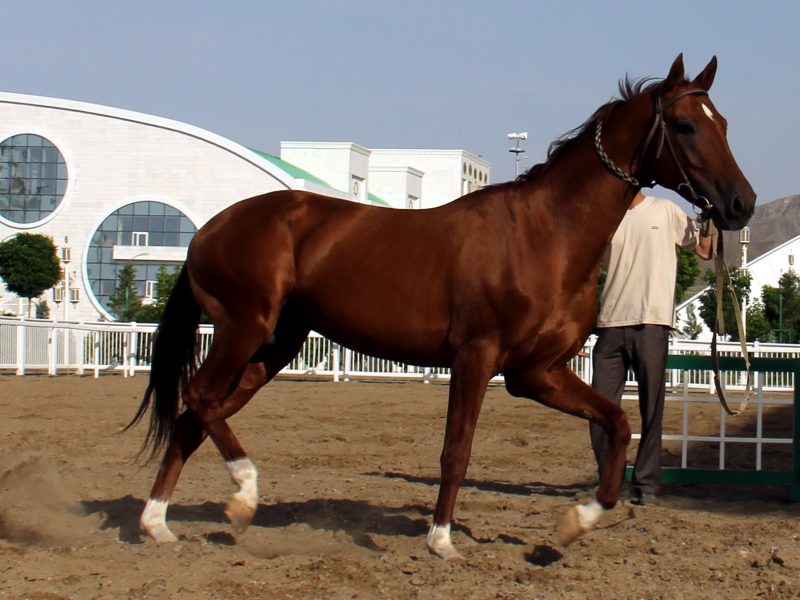 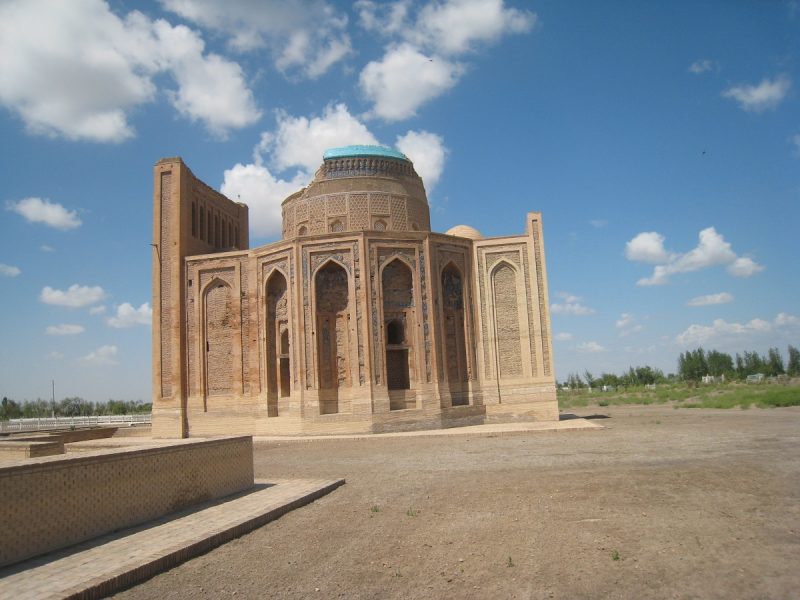 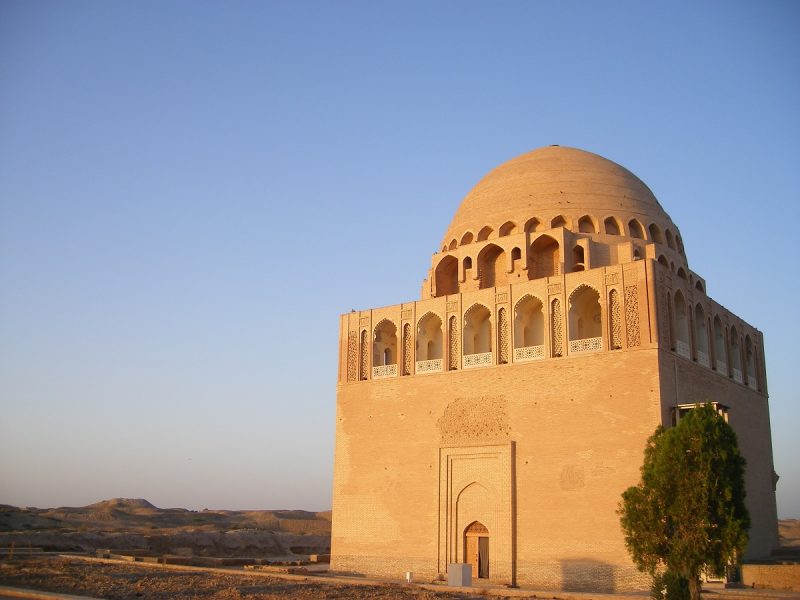 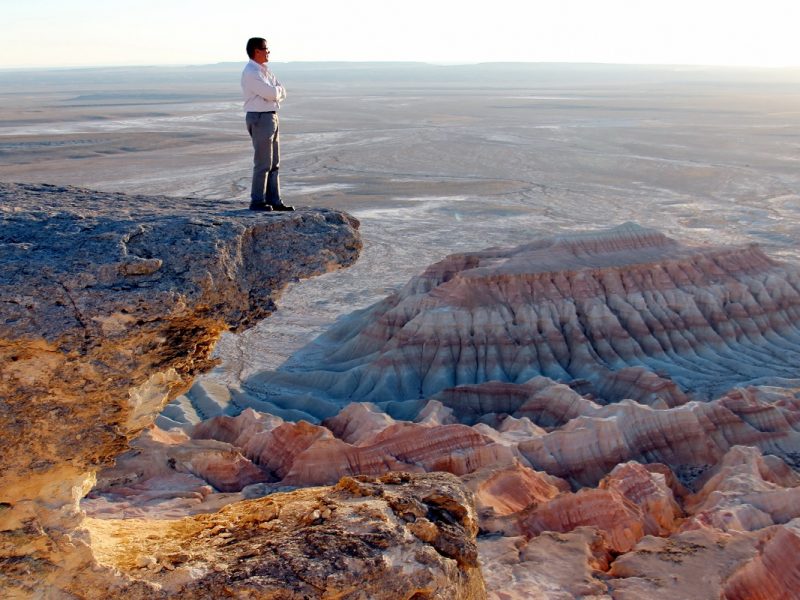 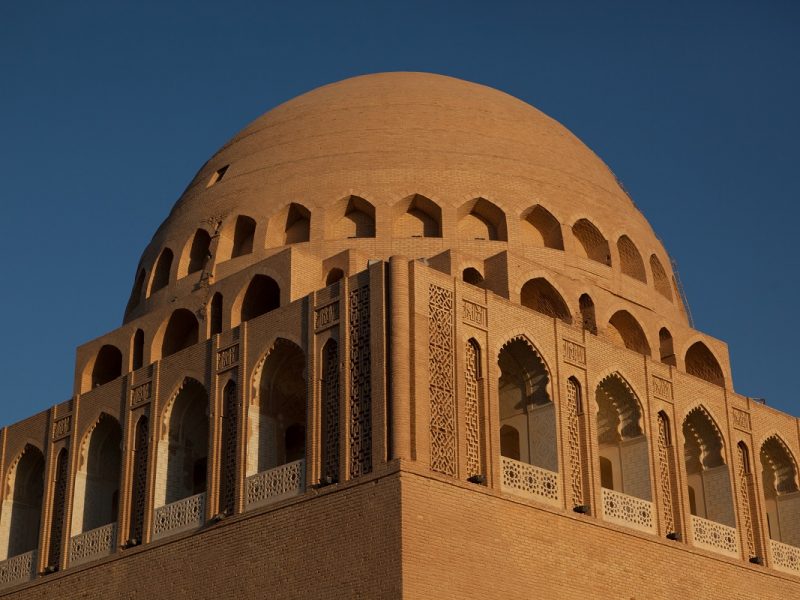 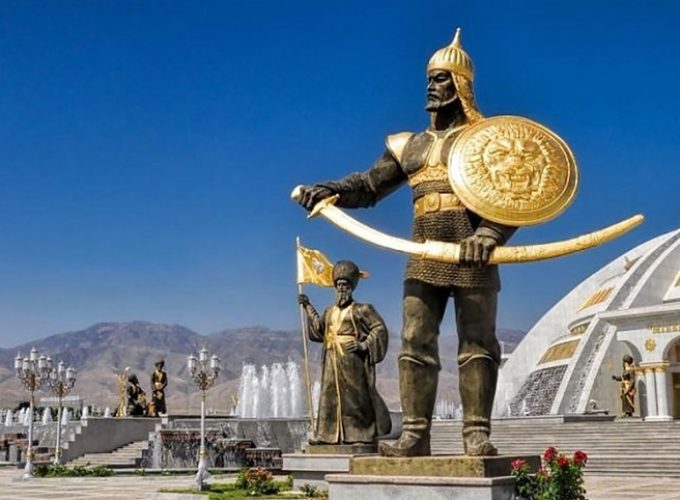