Uzbekistan is a treasury of architectural monuments, the focus of ancient cities, one of the centers of the legendary Silk Road. Here you can see the real ancient East – in Khiva, Samarkand and Bukhara. You can taste real Uzbek pilaf prepared according to a recipe that is more than a thousand years old.

One of the important reasons to visit Uzbekistan is its people. Hospitality and generosity of the soul from time immemorial remain a visiting card, the main distinguishing feature of the nation.

The longer you travel around the country, the more pleasant your communication with the locals will be. They love guests in the country, they are always welcome. And do not be surprised if even a stranger invites you to a generously decorated dastarkhan and offers a cup of tea.

What comes to your mind when talking about the sights of Uzbekistan? First of all, the richest and almost untouched by time architectural heritage of the ancient eastern land. Architectural and cultural monuments, squares, fortresses, ruins of ancient settlements – these are the real stone pages of history.

Many people know about the grandiose Registan Square in Samarkand, surrounded by a triad of magnificent madrasahs (XV-XVII centuries); about the turquoise dome of the majestic Gur-Emir mausoleum, within the walls of which, faced with semiprecious onyx, the famous commander Amir Temur found peace; about the elegant necropolis of Shah-i-Zinda, which began to form in the 12th century.

The image of Bukhara is usually associated with the dynastic burial vault of the Samanids (end of the 9th century) and the famous 50-meter Kalyan minaret, although there are 170 more significant architectural monuments in the city.

Khiva is famous for its “city within a city” – the medieval Ichan-Kala, where practically nothing reminds that the 21st century is already in the yard. The best part, however, is that all these attractions are just an open-air museum.

It is convenient to go to Shakhrisabz, Timur’s hometown. The main attraction of the city is the ruins of the gates of the giant Ak-Saray, Timur’s summer palace. On the square next to the ruins there is a statue of Timur himself.

Fergana valley: Rishton is one of the most famous and oldest centers of ceramics in Uzbekistan. Legend claims that the art is over 800 years old, passed down from generation to generation. Kokand was an important point on the Great Silk Road and it flourished in the 18th century, when it became the capital of the Kokand Khanate and the religious center of the region – there were about 40 madrasahs and more than 300 mosques.

Karakalpakstan is the Republic in the north-west of Uzbekistan, place of the notorious Aral Sea and the world famous Savitsky Museum, which contains a rare collection of Russian avant-garde painting, the Ustyurt plateau and the ruins of the ancient fortresses of Khorezm – Kyrk-Kyz-Kala, Dzhanbas -Kala, Toprak-Kala, Ayaz-Kala and others.

The climate of Uzbekistan is sharply continental, hot and arid. The average temperature in winter and for the new year ranges from -8 ° C to +3 ° C, in mountainous regions it can drop to -16 ° C. In summer, the temperature in the northern regions of the country reaches +32 ° C, and in the south – up to not weak +42 ° C.

The best time to visit the country is spring (April to June) and autumn (September to October). The period from the last ten days of June to the first ten days of August in Uzbekistan is called “chilla” (40 days). At this time, the air temperature during the day in the shade rises above +40 ° C, and at night it does not fall below +30 ° C. 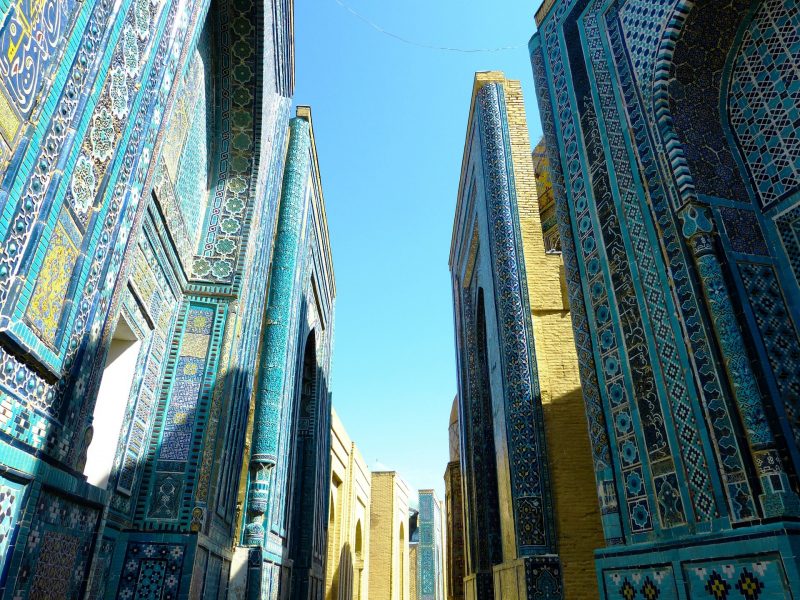 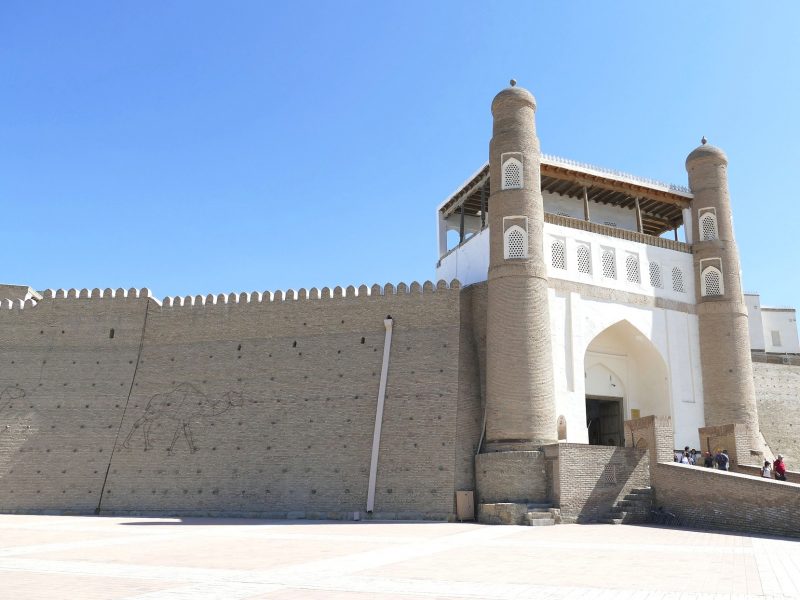 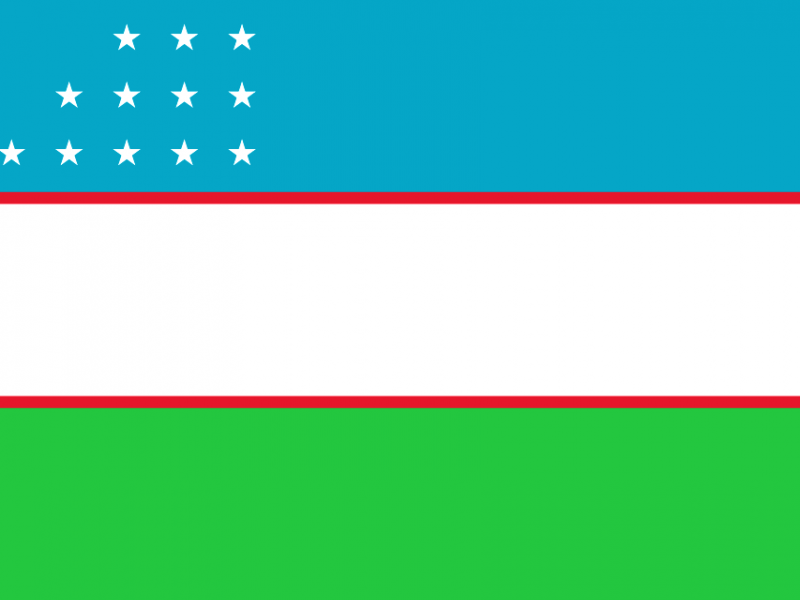 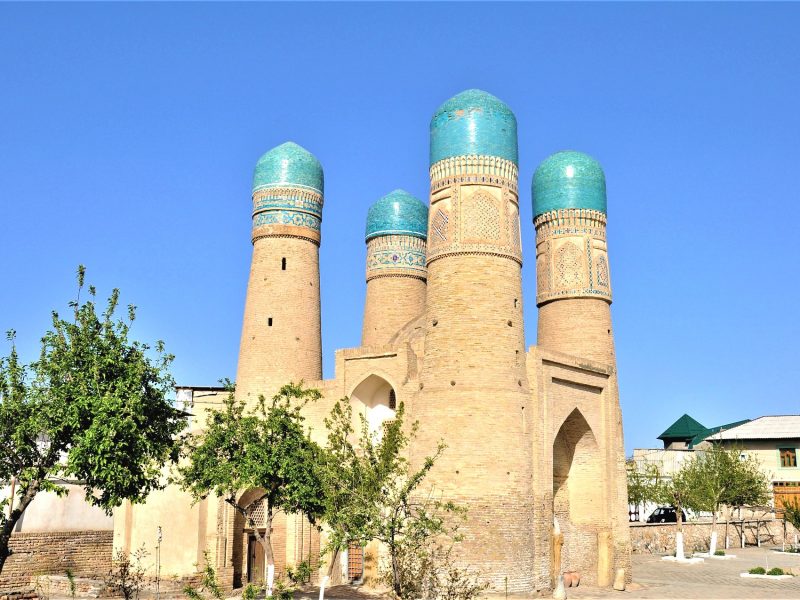 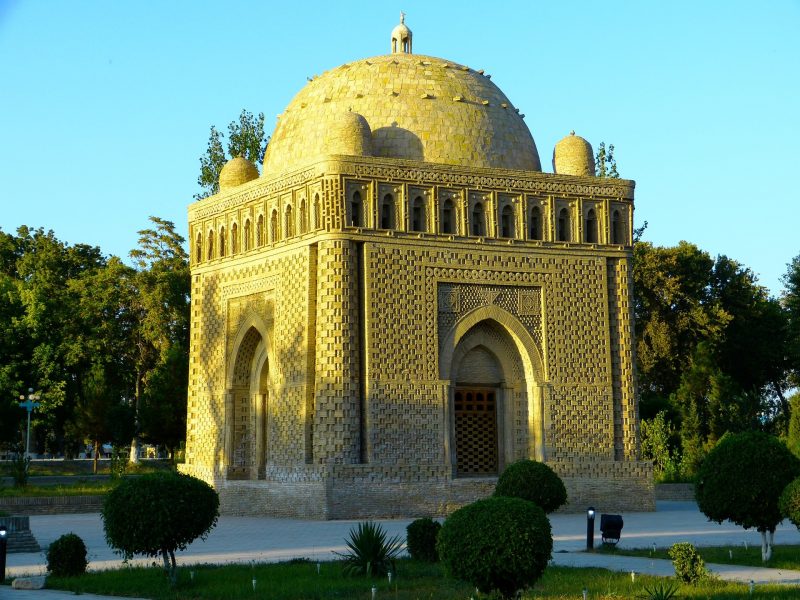 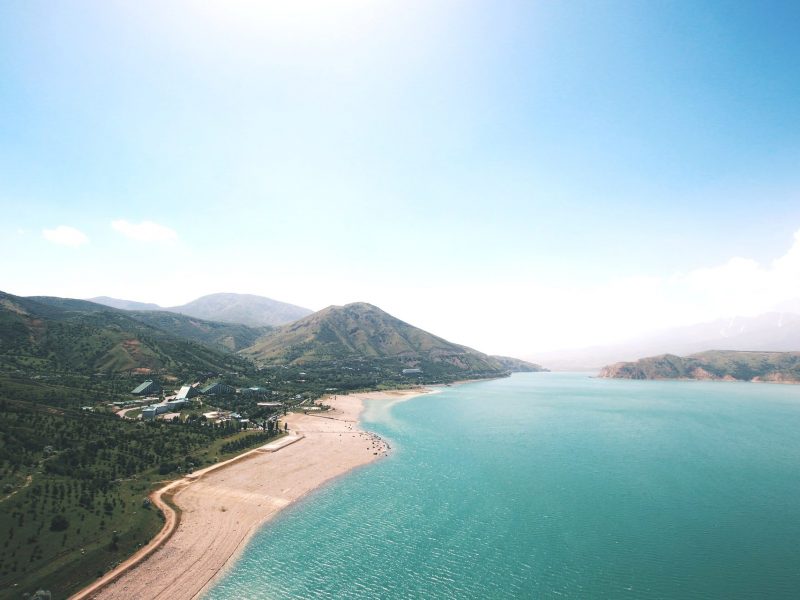 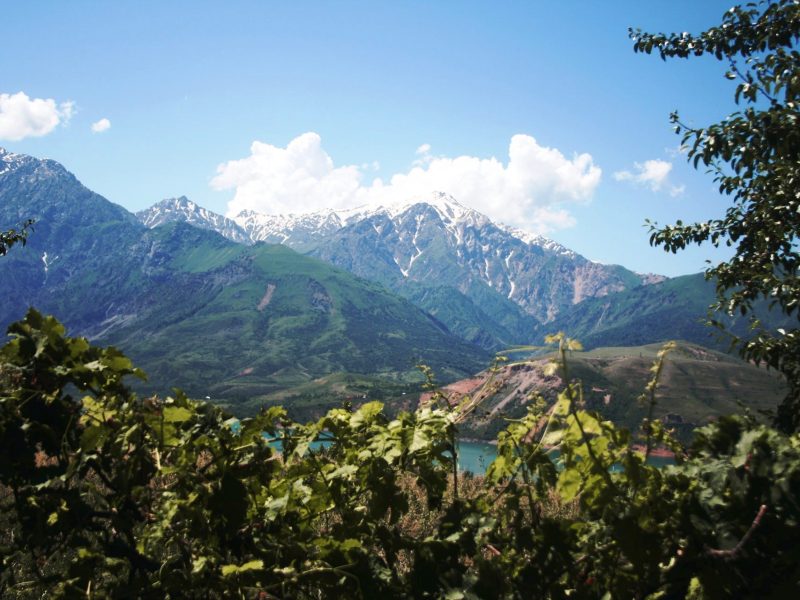 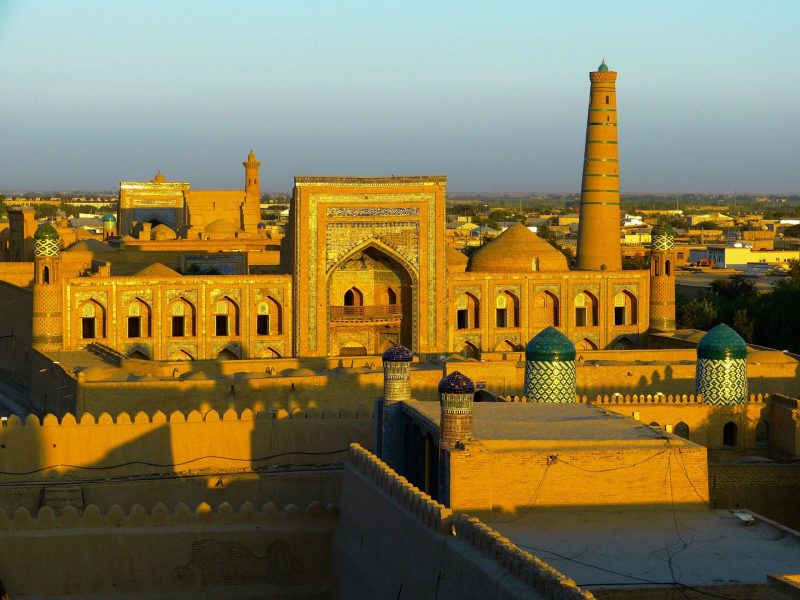 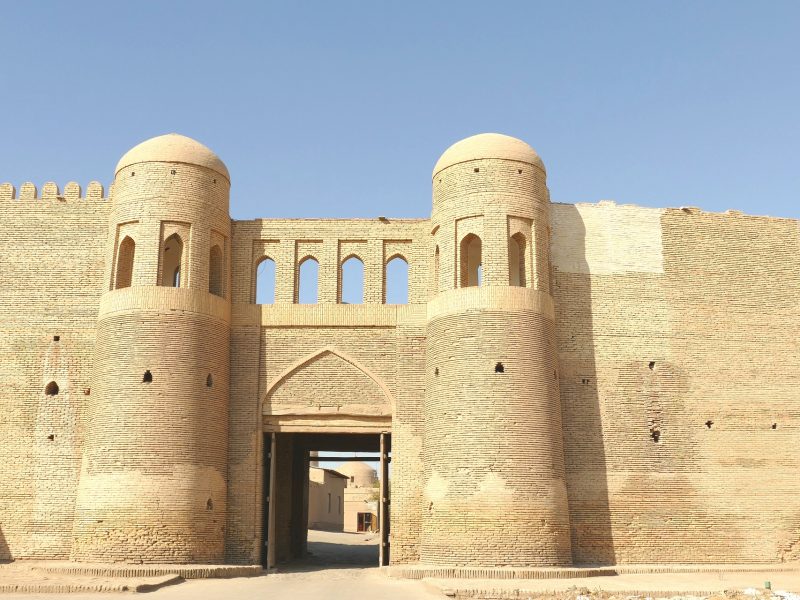 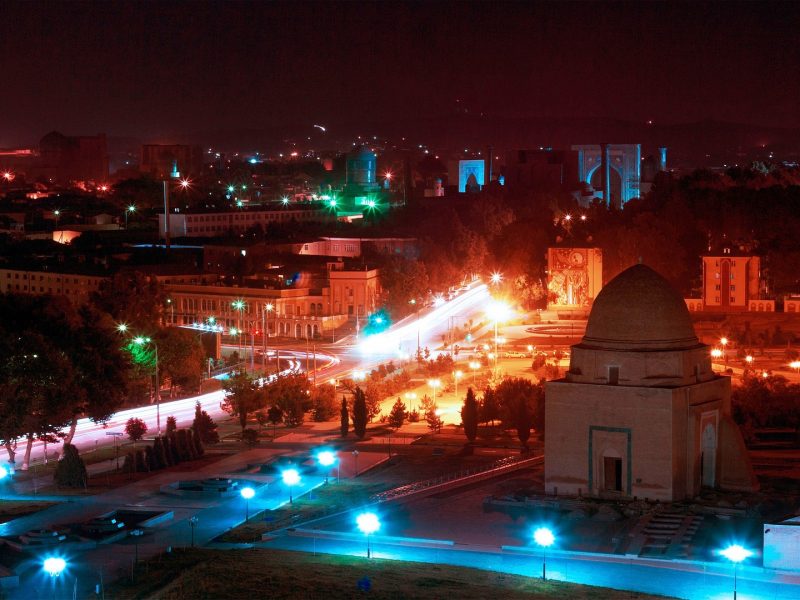 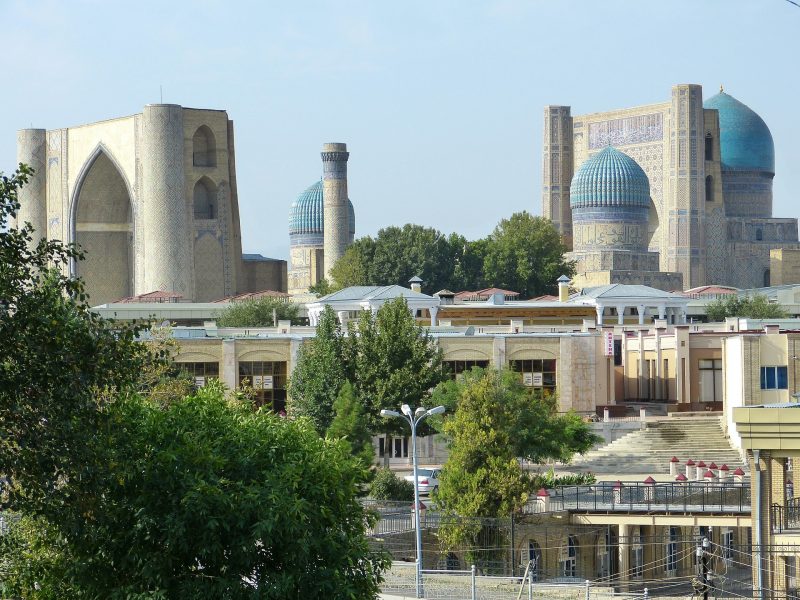 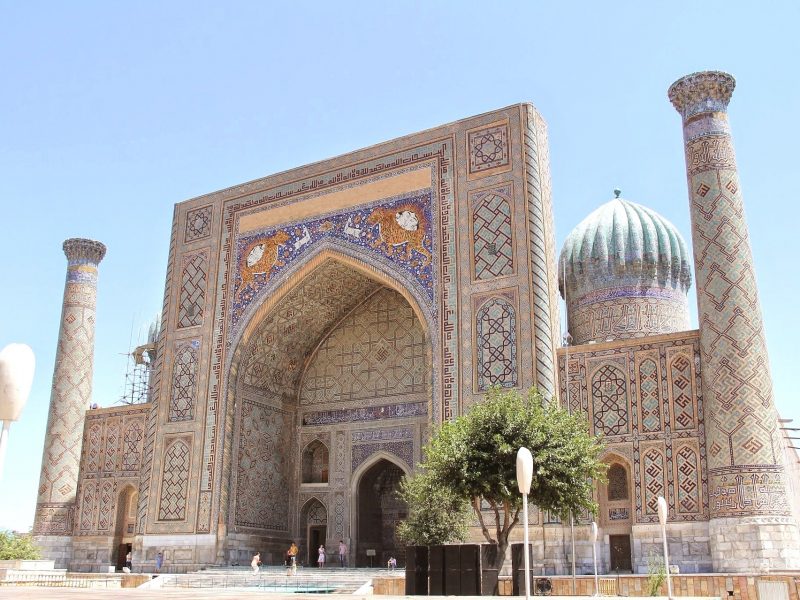 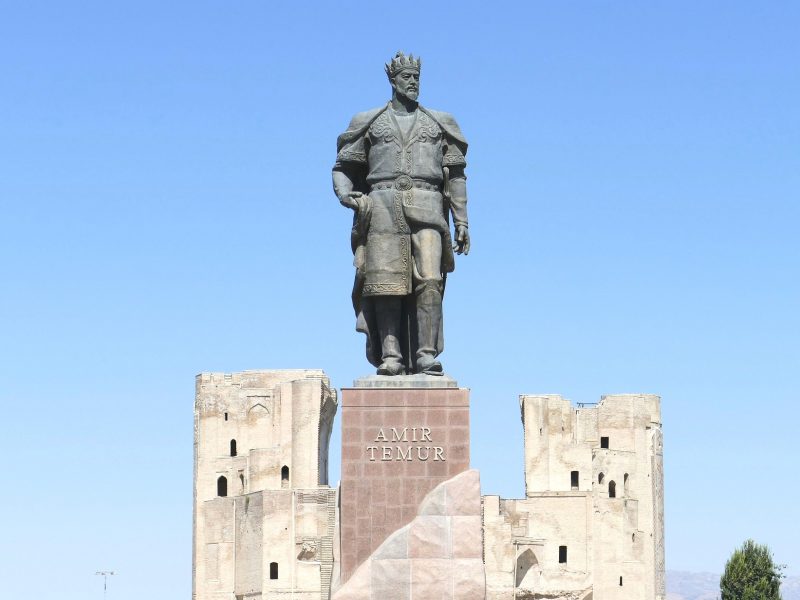 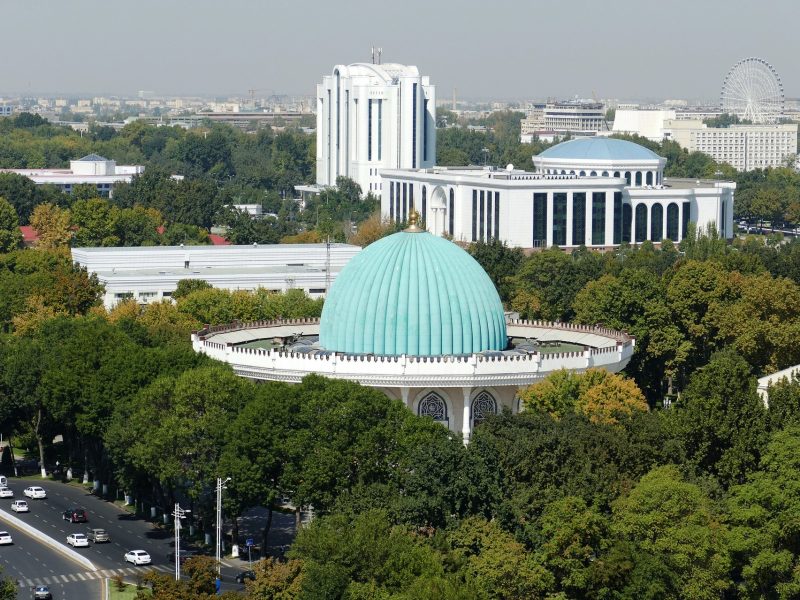 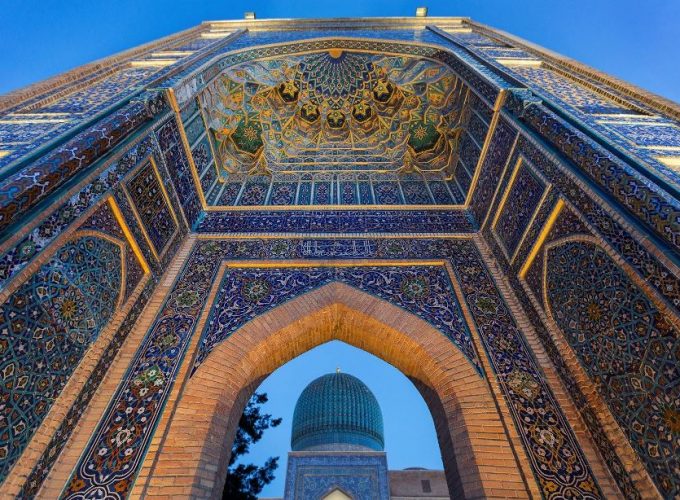 Gems of the East 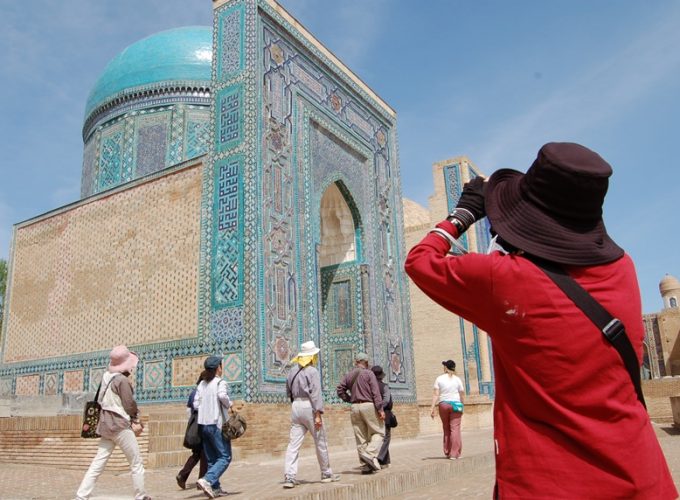 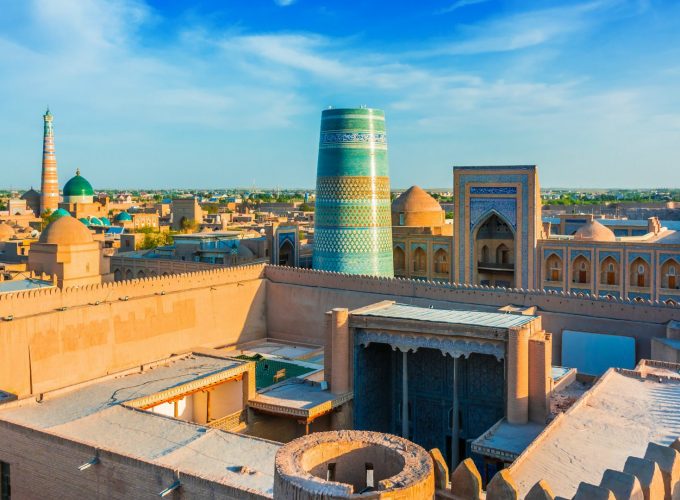 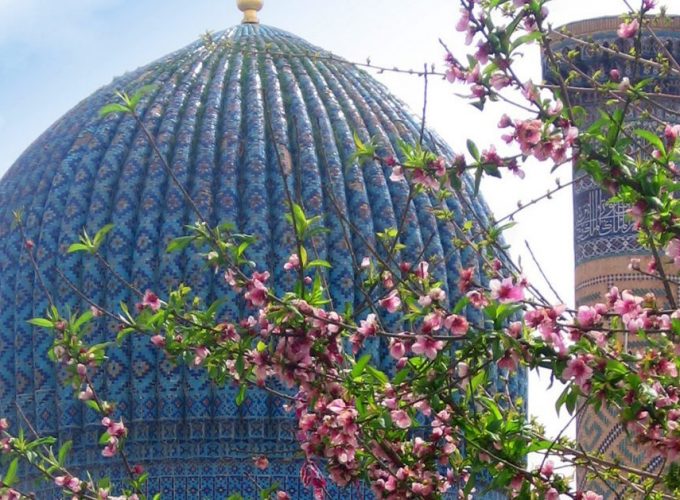 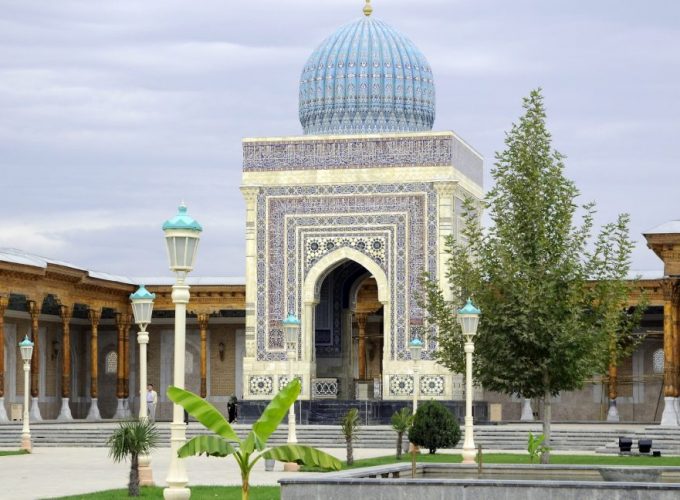 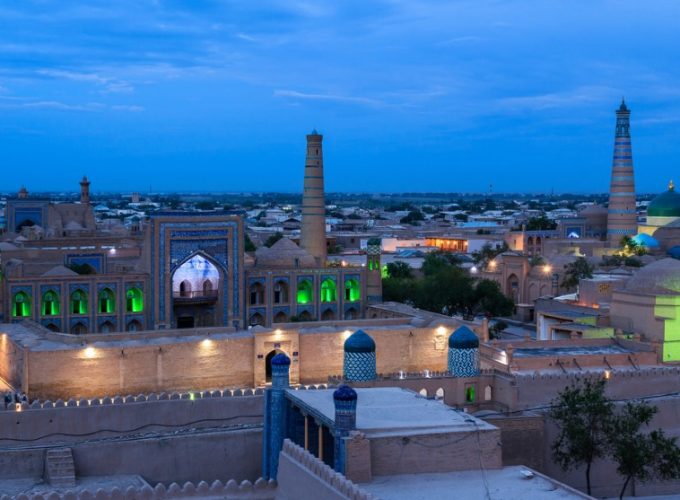 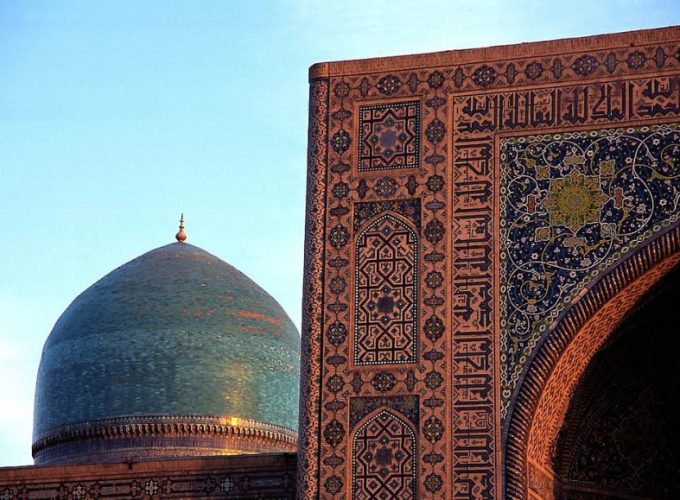 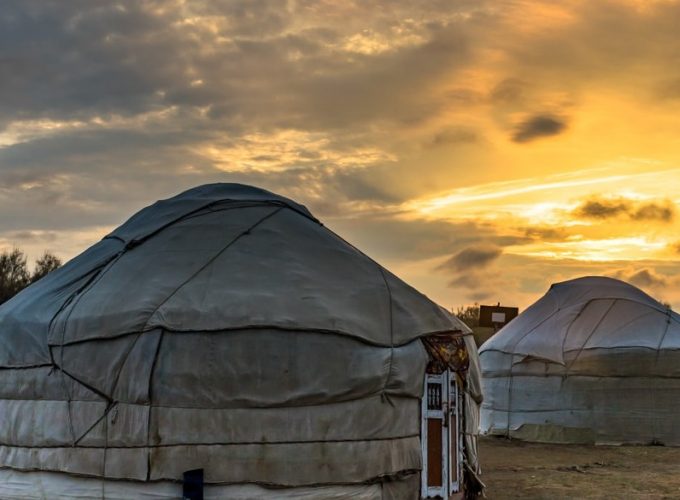 Along the Routes of Ancient Caravans 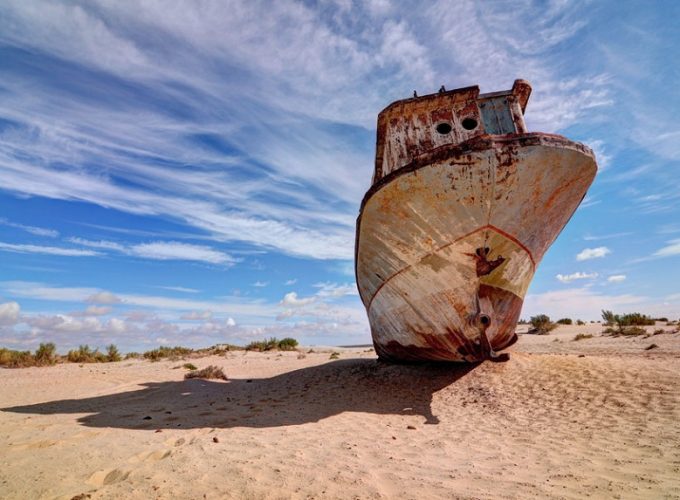 Uzbekistan – Beyond the Oxus 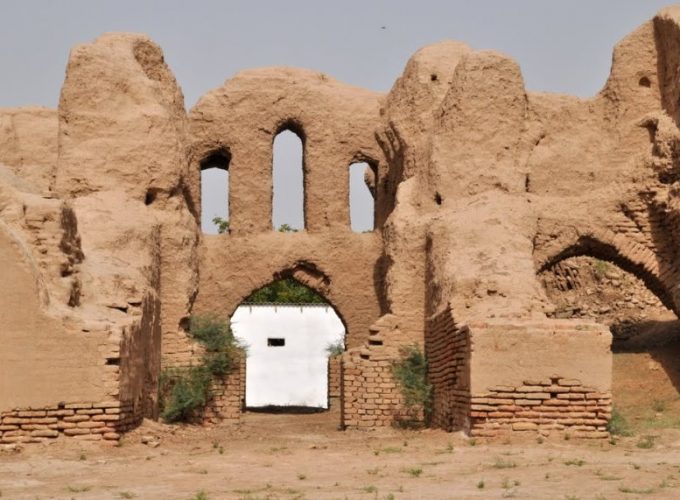 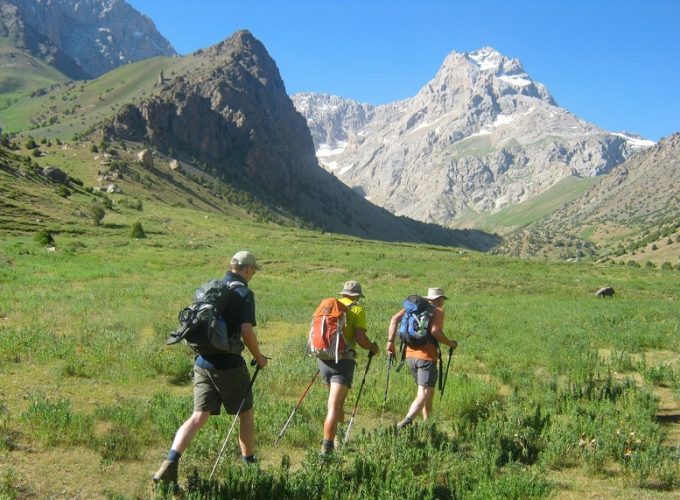 Thousand One Miracle of the Great Silk Road 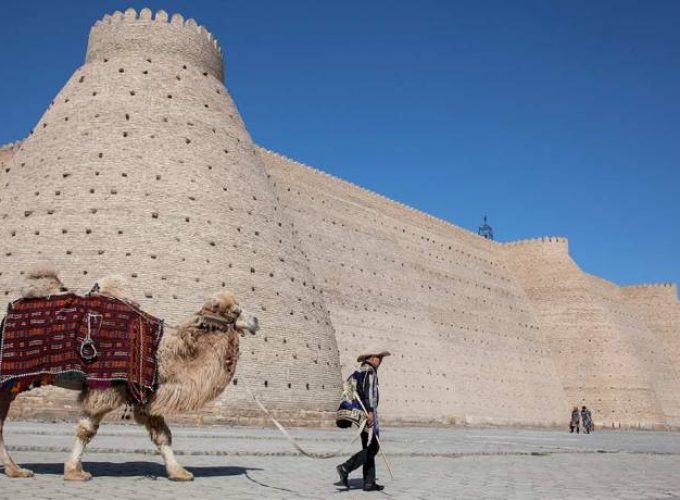